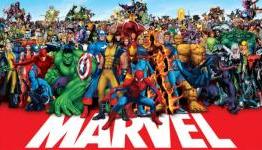 Dualshockers writes: Earlier this week, Marvel announced that they would be announcing the writer for their upcoming free to play MMO. It turns out their writer of choice is none other than the legendary Brian Michael Bendis, responsible for writing some of the biggest events in recent years in Marvel Comics. The biggest key difference from other Super Hero MMO games other than the license is that you won’t be creating your own character, rather you’ll be playing as existing heroes from the Marvel Universe including Wolverine, Spider-Man, and Squirrel Girl.

free to play? Nice! That's all I want from MMORPGs. I will prob. grab this one... and Marvel Universe has lots of good designed characters, hope it's good!

Hate to burst your bubble but this game wont even let you create your own character. Sounds like a cookie cutter F2P game that wont hold many peoples interest.

Maybe it won't be that good, but they can surprise us...

Did you assume all that because of the lack of character creation, or is there other information about the game somewhere?

straight from this article

"...The biggest key difference from other Super Hero MMO games other than the license is that you won’t be creating your own character, rather you’ll be playing as existing heroes from the Marvel Universe including Wolverine, Spider-Man, and Squirrel Girl."

turn off, right there

As much as I love Marvel over DC, I'll stick to DCUO until another PROPER super hero MMO comes out for the consoles, whenever that might be. PASS!!!

marvel is for pre teens ;)

i love to give marvel fans a hard time. But im just kidding i like marvel character alot but to me they have pre teen stories

I haven't read Marvel comics in recent times, so I don't know if that's what your referencing, but what about Fatal Attractions, Phalanx Covenant, Secret Wars, X-Cutioner's Song.. Would you call those kiddie stories?

Of course there are exceptions but the general comic isnt these sagas.

I have been collecting comics etc for over 20 yrs and Marvel fans are always so defensive.

Agreed. When I found out Character Creation was out, so was I.

Looking forward to it as long as there are numerous characters to choose from. Seeing as it's Marvel that shouldn't be much of a problem.

I'll never understand why people feel the need to defend why they pay for something. No one is questioning your intelligence why you choose to pay to play 1 game. No one else can judge how much fun you get from that 1 game. Just hope it isn't the same people who blast players for paying for Live...

Make Mine Marvel: The Best Marvel Video Games Ever Made

IGN Marvel Heroes - Doctor Doom and the Art of a Story

Pokemon TCG; New Card Is Not What It Appears To Be