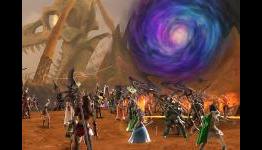 Trion Worlds had to be tipped off by a hacker about a serious security hole that allowed gamers' Rift accounts to be compromised.

An update was rushed out at the weekend to slow the "botnets and hackers" down. Trion Worlds said 1 per cent of the game's population had been affected.

Adhttps://store.steampowered.com/app/1488200/Symphony_of_War_The_Nephilim_Saga/?utm_source=n4g&utm_medium=native&utm_campaign=sow_n4g_native&utm_content=png
- Comments (20)+ Comments (20)
TopNewestOldest
The story is too old to be commented.

Probs to this hacker. This is what hackers should do.
Use their gifts to help people. Respect dude

I totally agree. and respect this hacker.

Time to give some one a job

Just sold my account. My account was accessed and I was one of the hundreds that never downloaded a parser or clicked obvious phising attempts. Only logged in their OFFICAL FORUMS. Say what you will.

The game is a borefest at 50. Either you idle and wait for warzones to pop or do you the same ole daily quests. Nothing but a snooze gear grind without a compelling story to keep you interested. Sucks, hoped it was going to be my Warhammer RVR/PVP replacement.. far from.

Now only if the ps3 hackers would do this instead screwing up the general population game experience and help ps3 pirates.

If Sony didn't remove content which you paid for, perhaps hackers wouldn't be so persistent in hacking the damned machine.

That being said, Consoles in general have my full support in being hacked, they are ruining game franchises big time across all genres.

Er what? And what about all the developers who work on games. They should get screwed?

When you buy games used, you screw the developers. Yet people still buy used games

Help me understand how developers gets screwed?

If you sell a game @ 60$ which have a buglist longer than an americans shopping list, then why should I not pirate your game?

Once developers figure out, that their games should be released when completed, done & finished and only require very, very minor fixes, then yes - I will pay for your games, untill then, i can get games for free and they can't do nothing about it :)

Wonderfull how things work out.

You paid for the console, not the software. I could see if you went out and brought a win7/xp or vista disc with a legit serial, your free to modify as you see fit, but this really isn't the case.

Ppl would still hack even if they did bring otherOS or any other feature Sony took away.

So says Paladz - "If you sell a game @ 60$ which have a buglist longer than an americans shopping list, then why should I not pirate your game?"

Why you should not pirate a game has nothing to do with the game. You should not pirate a game for the same reason you should not steal a car or a donut or a stick of gum, it makes YOU a thief, a dishonest person, someone never to be trusted to do the right thing. Someday maybe you will need to take a job that requires an Honest person and you will not qualify. How sad. But I'm sure you don't think about such things, and if you do, you just don't care about things like Honor, do you?

"If Sony didn't remove content which you paid for, perhaps hackers wouldn't be so persistent in hacking the damned machine. "

The SAME other OS that was removed because of George Hotz hacking in the first place?

You do not see Win7 or Vista removing software that you bougth. So you cannot compare this.

I do not pirate games myself, I perhaps gave a wrong indication. I support people pirating games that aren't legit for release, such as Black Ops or Homefront or MMO's mainly.

This has nothing to do with stealing gum or whatever you are listing, it's about a product that aren't finished that you pay full price for, even after several months of fixing the product does not work properly and you cannot get a refund. That is where the fucked up part lies.

If I could get a refund on my CoD:BO I would do it immediately, seeing as I cannot, I will not support Treyarch anymore and if anyone pirates their games I won't sympathize with Treyarch.

People like you are the reason games have become such a lousy thing. You do not care if you get a broken product, probably because you are a console owner and do not expect very much, which I can tell as you settle with console graphics. If you complained about these things developers would perhaps wake up. If developers woke up, piracy wouldn't be as enormous as it is now. If games gave demo versions of their games or public beta, piracy wouldn't be such a huge issue.

The thing is: You have to pay in advance. You have no way to get a full refund of your product and in most cases you cannot get a dime back if the product isn't as it's supposed to be.

ok, I both agree and disagree with your comment.

Overall, Vega's right. A developer is still losing money if they buy used games because they're buying from a second hand market. Even if they do what you said, if they're purchasing 3 or 4 USED games that are later on sold for one NEW game, then they're losing 3 or 4 sales for 1 sale. Which puts them at a loss.

It's exactly why all the developers are doing things like DRM passes and crap. And its why most of them agree on trying to kill off the used game market. If they were making money off of it like you say, they'd have no intention on killing it off.

But I do agree with the second part of your comment. It doesn't matter what they say "they took away". They were attempting it before anything was taken away in the first place. People have to remember George Hotz is the reason other OS was taken away in the first place. So how people can agree that he's doing this for Other OS or Homebrew is beyond me

The above comments to the entirety of #2 are very fresh, and I've never seen these points brought up before. Everyone here should become politicians to debate!

Oh Paladz - "People like you are the reason games have become such a lousy thing. You do not care if you get a broken product, probably because you are a console owner and do not expect very much, which I can tell as you settle with console graphics."

Yes, I own all of the Consoles, as well as all of the handhelds. I also have a lovely PC with a 5870 graphics card, an I7 Processor, and dual 1920x1080 monitors. I purchased a similar one for my son. We almost never use the consoles, not because of the graphics, but because there haven't be worthwhile games (at least for me) for quite a while. (Demon Souls being an exception)

"The thing is: You have to pay in advance. You have no way to get a full refund of your product and in most cases you cannot get a dime back if the product isn't as it's supposed to be."

You take a chance when you buy games on the first day of release, but it doesn't take more than a day or two beyond that to see how the community reacts to them. You don't have to buy a game to see how it is. However, knowing what you know, if you take a chance and buy a game that turns out to be broken, it's your own fault. Don't buy it.

I was ticked off about Dragon Age 2 being changed to what it is. As much as I loved Origins, I refused to buy the sequel. I won't pirate it and play it and try to justify it by blaming EA. I just won't buy it.

wow the one hacker in the world that shouldn't be shot in the head......just in the leg

The Return of the Battle Pass for RIFT

The Carnival and Budgies appear in RIFT

The Hellbugs Have Once Again Invaded Rift

Monsters, wolves, and pumpkins await players across many gamigo games this Halloween season