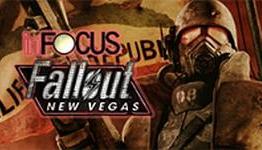 Lens of Truth writes - "Here’s one from the Vault! In this inFocus we take a look at one of last years most anticipated games, Bethesda’s Fallout: New Vegas. There were many questions about New Vegas leading up to its release; mainly, could it match the overall greatness of Fallout 3? Lets put this post apocalyptic journey under the lens to determine just what the Mojave has in store."

Adhttps://www.youtube.com/watch?v=IJUbGKExS0A
- Comments (20)+ Comments (20)
TopNewestOldest
Expand all
The story is too old to be commented.

Loved this game, but the glitches hinder my experience.

Same here. If it weren't 4 the glitches this would have been one of my fav. Still a great game of course

It might just be the Grey Goose but I always laugh at these reviews that come out 6 months after the release. If someone is still on the fence about New Vegas or is wondering if it has bugs then they live on Mars.

Any self respecting western RPG'r has already played this game or at least read reviews that came out at launch and opted to pass it up. What's next? Review of King Kong?

I gave up too many issues with the game. IMO it deserves a 4/10!

I'd give it a 6.5 or a 7. The bugs were just too much to handle... Not only that, i thought the side quests were extremely restricting, especially when completing them before the main arc.

for example: i had a pretty good relationship with the Brotherhood of Steel, and i completed the quest to overthrow McNamara as the leader. However, when following the NCR story, you are tasked to destroy them, or negotiate with them to join the NCR. Since I had substituted McNamara, there was no way to negotiate with them to Join the NCR for the final battle, and i ended up having to destroy my favorite faction of the series :(

After that, i just wanted to rush through the game, the shame and guilt eating at me like a bad case of carnivorous herpes... :(

I still need to finish this game. I ended up giving up on it. Not because of any bugs or glitches or anything, just cause I got bored with it. I think by that point I was just burned out on this genre and investing another 100+ hours into another Fallout (like I did with Fallout 3) didn't seem too appealing to me.

look at your bubbles how did you get so many.

I'm a Moderator here on N4G.

I agree with you man. I just got bored with it. I had no glitch problems my entire experience. Boredom set in and that was that.

Ha, you got disagrees for being a mod. I agree with you though. I just lost interest and it wasn't to do with bugs. It bizarrely had almost to much to do and I found my self losing track all the time. I just got a bit fed up and left it.

lol That's odd with the disagrees. It even says Moderator in my profile and everything. Do those disagrees know something I don't? CAT!!!!?!?!

My biggest problem was just I was burnt out on that type of game at that point I guess. It was way too much like Fallout 3 and I had already invested SOOO much time into that not long ago, so it's just like "I need a longer break than this from this stuff".

I'm sure if I take a break for a while longer, eventually I can go back and not be so bored of it.

I was amused. Yeah I know what you means. I was surprised it came along that quickly. I had played F3 to death and had only put it down a few months before Vegas. That was to do with a bug. The game froze everytime Ilooked at The Citadel. It just goes to show that more of the same in large quantities gets old fast.

I also loved this game, beat it the first week, but it was buggy and I hate waiting for dlc.

Anyone who hasn't played it yet should just wait for the complete edition, all the patches plus dlc included, but that seems to be a trend with buying games now days.

lol You didn't do anything. I have no reason to ban you.

Once Mass Effect 2 came out on PS3 I dropped this game like a bad habit. Eventually I'll finish it. I think I'm at elast 3/4 the way through it.

Mass Effect 2 would of made me drop a child if I was holding one.

Obsidian rejected an acquisition offer prior to Microsoft buyout

Game Codes For DEATHLOOP PC Are Exclusive To Steam

The Power of Story in Video Games