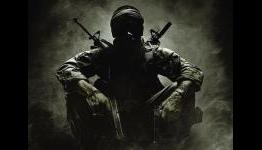 "The Call of Duty: Black Ops ‘First Strike’ map pack is finally ready to grace the presence of PlayStation 3s and PCs across the globe but before chunking your hard earned money down on them, we figure you probably want to know what they’re all about and if they’re worth the clam shells."

They made you wait for this DLC whilst 360 had it already. The PS3 version sucks online and 7 patches later it still sucks. I traded my copy already and all the COD squad will berate me for this, but you can't deny Activision don't give a fk about our version. The 360 is their priority.

at least you can go play killzone 3

Yep you're absolutely right....and I do Play KZ3.

I really want MW3 to be amazing. I don't hate the series like some, but MP OP's was a mitigated disaster on PS3.

At the end of the month...I buy good, playable games form whatever publisher/developer.

i found the campaign to be surprisingly short

KZ3 is awesome online, but it's a little short on content and has minor balancing issues. Lag wise it's palpable, and fun to play. But I am awaiting GG's MP patch which will straighten things out. I just hope the patching isn't ongoing as there's little wrong with KZ3. Get it if you haven't already....you won't regret :)

Looking back to 2010 and the excellence of Call of Duty: Black Ops