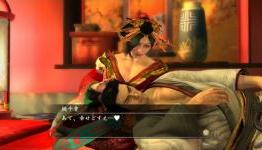 Obviously it's just a mistake.

Disagrees? Really? The damn store doesn't even list the PS3 version. Obviously it's coming out for PS3. Therefore this is an error. That's supposed to be a listing for the PS3 version but they listed the wrong console, and it even has a picture of PS3 box art on the page.

honestly, you can keep this series on your ps xD

anthraxCZ most likely hasn't ever played a yakuza game...

I can't wait for Yakuza 4, Yakuza 3 was one of my favorite games last year.

Edit: I've never even heard of this site until now.

Yakuza is ps exclsuive since Yakuza 1, why would Yakuza 4 suddenly go on 360 lmao.

At least Ill know not to pick this one up.

@siyrobbo - All of the games you listed are actually really good games, just appeal to different audiences.

Also, how the hell is PlayStation Move Heroes shovelware? You must be a new-age gamer or something, because I don't see anything wrong with Jak & Daxter, Sly & Bentley, and Ratchet & Clank in a game together. It's like SSBB, only a platformer. Platformers FTW.

@Anthrax
Allergic to good games much?

why so many of us have been marked down for trolling when all we were doing was calling out someone for being a troll in the first place. And he hasn't even been marked down either...the one who started it all!!

The mods of this site, seriously. Talk about punishing the wrong users.

It's ok callahan, there is a phantom disagreer going through this article bashing everyone that likes this series. Don't take it personally. I'd be surprised if I don't get a disagree for just mentioning this...Come on where is it?...

Besides sega already annonced the collector edition for the ps3 version . why would they keep a 360 version under wraps so close to the release date ..

yakuza4 is PS3 exclusive. Simple as that

It is indeed a mistake, and Yakuza's exclusive for a reason:

Its target fanbase is in Japan, having only a little following here in the West. Hell, that was the reason SEGA doubted in localizing Yakuza 3 so much. From a business viewpoint, porting the game to a console where it's unknown if it'll succeed or not is quite...risky. And SEGA doesn't have much faith in Yakuza as a big-name series here in the West, so the logical conclusion would be the following: Won't happen.

Actually the biggest reason Yakuza is a ps3 exclusive is because the engine used for the ps3 games ( kenzan, 3,4, of the end ) uses large portion of CELL code in order to render crowds without wasting ressources.. so unless sega japan and the yakuza team is making a portage THEMSELVES , so far this gen the Yakuza games will stay on ps3 ..

( yakuza psp has static backgrounds , different stuff by the way )

it might be different next gen but that's so far away....

Soo Xbots can get Yakuza 1,2 and 3 in comic form right?

You know that many a 360 fanboys would like to have this on their system. Its like the PS3 fanboys and Mass Effect, they bashed and thrashed the name mass effect till it got announced for the PS3. Once they heard it was coming out for their system they peed their pants with anticipation for its release.

I doubt it really doubt it

Why are people saying that this is not possible? Is Yakuza a Sony IP or are the dev 1st party.

If not then I would think they would want more sales.

or an April fools joke.

.
It could be an error / something.

It doesn't matter to me anyway.

If it's somehow it's true, then good.

More people could enjoy this game.

I think gaming journalists have started to loose their common sense!

It's a retailer, not an official source.. and it's obviously a mistake.

Hum it's cduniverse ... no way they'd know either way before everyone else

LOL no way ps exclusive n always will be

Its a mistake. I have a flyer still from blockbuster that says that MGS4 was available for the 360.

lol i wonder who believed it

Just shows how educated they are when they believe this type of info.

Its probably a mistake

im not fussed either way but its obviously a listing error.

how can anyone says this news i'll never know.

why would they suddenly release it on 360 just 2 months before it was due to be released.

Probably a mistake. It would be nice to see Yakuza go multiplat for more sales but that's not the case. The series is niche as can be in the states, which is a shame, and SEGA probably doesn't want to run the risk of having a flop on the 360.

Anyone know the sales for the NA edition of Yakuza 3?

Yakuza 3 is at the million mark. It's the most successful Yakuza game to date.

Yakuza 4 is already close to 600,000 in sales just from Japan. These games are huge over there, no surprise.

Awesome, I can't wait to play 4. Yakuza 3 was the first game I had played in the series and I loved it. I love the accurateness of japanese culture and how they involved the navy base in okinawa. I've had friends stationed out there and it was really cool to see real life issues taking part in a videogame world. Also, that game made taking care of children in an orphanage a fun thing to do, I can't think of any games that have ever done that.

It's a obvious mistake.

This got approved... I question why?

This is clearly a mistake.
But i'd buy it if it actually came on the 360, reminds me of Shenmue (one of my favorite video game series)

yeah there were good

Yeah it is very similar.

Although I prefer Ryos fighting style to Kazumas. Ryo had more flair :) both great games though.

I cant believe this constitutes as news. Its a ps3 exclusive.

Remember versus on the 360 on the fakely modified square site?

It happens every month. Someone makes an article thats bullshit for reaction

@ veneno, its laughable you think its may be true when they dont even have a ps3 version listed.......its an error

If the listing says "game is on 3 disks" then it may be true.

its obviously a mistake as the games out in japan over a year now and it;s only on ps3

Definitely a mistake. It shows a PS3 case. They didn't even make it elaborate -_-

This game is rubbish compared to Shenmue.
Shenmue 3 is likely to be Xbox exclusive since Shenmue 2 was exclusive to Dreamcast and then Xbox. At least they should port Shenmue 1 and 2 in HD to the 360.

Both are great games. Shenmue series will never ever be an exclusive on the Xbox. I heard they lost millions because of really low install base. Which is why after so many years, we have yet to hear any news of continuity. SEGA nearly went bankrupt because of their stupid marketing approach. Good thing they are back in business.

the mods must all own kinect, because some comments are getting trolled-censored.

When i see so much Ps3 owners that are happy the game is not a multiplatform title and know in reality noody will buy it (except me and few others).

It makes me sad for those fanboys.
Only wanting more exclusives games on their console but don't buying them, just happy to say that they have exclusives on forums.

I mean it's so sad to see humanity reduced to that.

And by the way YAKUZA is a great licence and yakuzas games are more fun to play than a lot of AAA games out there, but you don't know it, you don't buy games...

hey spring that's a great time of the year

Yakuza 4 picks up the story of Yakuza 3 one year later and takes the player back to Tokyo. The story starts when a man is shot to death in the ruling territory of the Tojo Clan, the organisation that has featured in all games in the series to date. A small gang which belongs to Tojo Clan try to establish what happened and their leader is soon found stabbed to death. These events cause a heated battle between four men over money, power, status and honour. The truth becomes apparent as the lies, betrayals and entwined stories are revealed and when these 4 unflinching men get together, the new legend of Kamurocho is born.

so here you go

yup no Xbox360 logo! on both sites