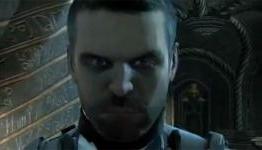 Visceral's 2008 Survival-Horror shooter Dead Space shocked the gaming world with its meticulous production values and deep space sci-fi terror, wrapped in a vacuum of sinister atmosphere that swept players into its dreadful grasp. Before it released, gamers were cautiously optimistic about the title -- it had grand ambitions and potential, but could a relatively unknown studio pull off this concept with any panache?

ontothenextgame.com
- Comments (1)+ Comments (1)
TopNewestOldest
The story is too old to be commented.

I can't beat this game on Hardcore :(.

Classic Sci-Fi Survival Horror Is Back When Dead Space Launches January 27, 2023 for PS5, XSX and PC