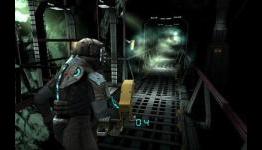 Another new arm to the Dead Space franchise, the forthcoming iPhone, iPod touch and iPad version of Dead Space is not a port of the original game, but rather an entirely new experience built from the ground-up for iOS devices. Little has currently been revealed about the story of this new Dead Space title, so much so that the Electronic Arts representative on hand refused to reveal just who the player became in the adventure.