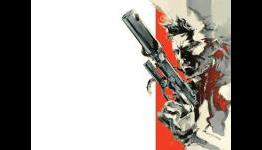 HawkEye: Why an MGS HD remake could be the worst thing ever

CC: "HD remakes seem to be all the rage these days. After the initial uproar over the lack of backwards compatibility on non-60GB PS3 models (Smug Hi-5 for those still with 60GBs!), I suppose it’s better late than never; very slowly, you’re getting the chance to play some of those 20th Century classics that blew your young, innocent mind with blocky pixels and copious amounts of lens flare..."

These things are not HD remakes.

They are HD "remasters"!

always the negative with people i swear. Those people will always see the glass half empty smh

Dumb title. Writer must know nothing at all about the PS3 remasters of PS2 classics (and hopefully PS1; MGS1).

*Better framerates - possibly 60fps if they originally ran at 30fps.. or at least they'll make sure it can hold a constant 30fps with no drops.

*All on 1 scratch resistant Blu-ray.

and no they don't look the same as the 60GB upscaling them. I saw that comment recently. They're natively better, not stretched to fit and blurry.

I hope they use the PS1 version's audio for Psycho Mantis, Vulcan Raven, Gray Fox (the Cyborg Ninja) among others and mix & match the best lines of the other characters. On PS1 the ones I listed are epic and stick in your head, but come off too normal and forgettable in Twin Snakes. MGS gameplay is great, but the voices and audio make it more memorable.

A good amount of the cutscenes are better in Twin Snakes, but there's also parts that are kinda corny.

I would take a complete remake of MGS 1 with the MGS4 engine any day, but remastered MGS Essentials would be a day one purchase for me.

"HERP DERP. HD 'remakes' are all the rage these days.
Rations will be replaced with health regeneration.
Why post this on BadJoyStick.com? N4G will give me all the flamebaity hits I need!"

What is the point he's trying to make? These remasterings are all about keeping the the core of the game the same but at the same time adding widescreen, 720p, 60fps (although MGS2 was already 60fps I believe), and digital sound.

I just hope that the remake for MGS1 is a clean version of the PS1 game and NOT TWIN SNAKES!! I just got worried after seeing that pic of twin snakes.

"After the initial uproar over the lack of backwards compatibility..."

That's funny. I don't seem to remember an uproar. I remember that gamers had a choice between buying PS2 compatible PS3's and ones that weren't - and they had that option for over a year. When new PS3's no longer had PS2 backwards compatibility, it's not like all the ones sold before stopped working, and we were given plenty of warning that it was going to happen. I remember at the time telling friends of mine "If you want PS2 BC, you'd better buy now." Some did, some didn't care, some just kept their old PS2's.

Claiming there was a backlash when they removed the PS2 BC from the PS3 is simply revisionist history. If you want to play PS2 games, they still sell PS2's, and used PS2's go for a song. Better buy then a Wii, in my opinion.

There WAS backlash... but it was only from the people who complained about the $600 price tag and said things like BC aren't needed and only add to the price.

please don't give them hits

The way he puts it they are changing the gameplay all together, all thats being done is a little bit of a paint job and it being released all on one blu ray.I will be getting it on day one. if he wants to play the original metal gear solid go download it of the store and stop writing pointless articles

The title just proves how stupid this post is. It should be 'a' not 'an'.

Say the title out loud and you'll find the natural pronoun of the proper noun 'MGS' is 'an'. This is because the sound of 'M' is (ehm), a vowellic sound, beginning with (eh). Before an 'e' sound, such as 'eh', you naturally say an so as not to conflict the vowel 'a' with the 'e' sound and to make spoken language more fluent.

You'd be correct to use 'a' with a hard 'M' sound, such as in 'magazine' (mah), but not with a vowellic 'ehm' sound of the standalone letter. Therefore, the writers use of 'an MGS HD remake' is correct.

'A' and 'an' use is determined by the spoken pronunciation and not by the written spelling. For example, you would say 'an hour', despite the fact 'H' in 'hour' is not a vowel. It is, though, a vowellic sound, hence the use of 'an' and not 'a'. The same principle works in the title of this submission.

Try not to jump to conclusions in future, particularly false ones that also serve to insult the writer or the submission. It'll just make you look childish.

This proves how little you understand the use of indefinite articles.

The use of A/ AN goes beyond merely the next word starting with a consonant and vowel: it depends also on what sound the word starts off with.

For instance, you don't say AN European, because the opening sound is not a vowel, but a consonant.

The M in MGS is pronounced 'em' and therefore you use AN in front of it because the sound starts with a vowel.

wow you freaks on here really flip out over grammar, get yourself an ice cold one and chill.

Usually I wouldn't pick someone up on a grammar mistake, but here CYBERSNAKE directly insulted the post and therefore the writer, with their insult based upon a false grammatical statement.

Therefore, I felt it necessary to make CYBERSNAKE aware that he was mistaken in his comment, and that he should not make comments that insult or degrade others when he doesn't know what he's talking about in the first place.

Does that make us 'freaks'? I'm sorry if you think it does. Everywhere else, it's known as sticking up for the correct thing and debunking slanderous statements.

(is it either or iether? Isn't it I before E except after C)

Oh this is too confusing I'm off to kiss my Gramma goodnight.

Your post reminds me of a video I was watching the other day...

I would totally prefer a ZOE HD remake.

ZOE HD Remaster would be sick, it would be perfect candidate for an HD Remaster, but com'n man, its the MGS Trilogy, in HD!

One report: "Yeah, you know what else could be the worst thing ever? Wasting seconds of my lie clicking that link. "

I'm enjoying how the author of this article replied to that comment with:

"So you didn't even read the thing. You fucking idiot."

Nothing makes fans like insulting them for their criticism.

If they will support the games with trophies, will be remarkable

Just thinking.....how will you be able to first get Meryl's codec number in MGS? (are we going to get duplicate packaging?*)

*Trying not to spoiler for people who haven't played.)

To understand Why The Author Is An Idiot, just read the tittle of his article.

They won't change anything. It's a remaster!

Kidnplay I didn't know this was a Language arts class.yea agree article sucks

'Why an MGS HD remake could be the worst thing ever' that's not sensationalized just a tad bit?

wow this guy is a moron, I mean there have been 3 HD collections so far(sly, GOW and PoP) and ICO/Shadow one coming up and none of them have changed a single thing about the games just updated graphics. Then you have someone who just wants to say something negative about this possible collection and starts pulling out "what ifs" and "maybes" out of thin air to try and make it look like a bad thing(and failing at that also).

Cry more. How about if you don't like the idea, don't buy it.

dumb "article". who said they were changing anything other then the looks?

It worked for GOW.

This guy is useless to the ENTIRE gaming community.

Xbox360 fanboy writes this article? MGS series is one of the best series in the Video Games History! And I will buy this Trilogy Remaster in the day it releases!

This article got approved?

This guy really doesn't understand what these HD Remasters are, which gives me reason to believe he's never played any of the available remasters either. They don't change the game, they simply make the graphics clearer, and add trophies.

this could be off-topic but I saw comments that differentiate between remasters and remakes. What is the difference between "Remaster" and "Remake" at this point?

I thought it was more like a synonym to "Remake" lol

Someone please let me know what is the difference.

P.S Metal Gear Solid trilogy whether it will be remastered or remade in HD it will NOT be the worst thing ever!

A remake is when you scrap the original, and only use it as a guide to the new "remade" version. That's why it's called a remake, because it is being remade.

A remaster is when you take the original and update the graphics slightly to make it look better. In this case, the original is given some heavy anti-aliasing and the aspect ratio is changed to fit on a wide screen.

Remaster comes from when you record an album. The original, finished recording (composed of all the "parts", which are essentially all the instruments recorded separately) is called the "master record". This is the recording that you hear when you play a CD or MP3. The producer works with other studio personnel to "mix" the parts into the master. To remaster the recording, a (sometimes new) production team takes the original parts, and mixes them again, often times with new technology, to produce a better master record. They tweak the volume levels of the instruments, and attempt to make the record sound better. (This is also called remixing, but that term now has the connotations it picked up from hip-hop and dance music.) The final product is the remaster.

This is what they want to do with the first three MGS games. They want to take the original parts (the code, etc) and tweak it slightly to make it (in this case) look better. The new new product will be a remaster.

(Films are often remastered digitally to create a fresher-looking product. Check out the DVD cases next time you're in Best Buy, you'll see tons. You'll notice it's still the original movie, though; it's not a remake, it's a remaster.)

Thanks lad, that was very helpful :)

Why the hell is this what we constantly subjected to when we just want to read about our hobby?

I hope this moron doesn't have aspirations for actual journalism.

I'd like to ask if the article author actually ever sat down and played any of these HD remakes.
they don't change the core gameplay, or game itself, much at all.
Take Sly Trilogy and Prince of persia remakes for example, they're more or less identical give or take a few tweaked textures whilst rendering the 3d geometry at native res rather than upscaling.

I never got into MGS to be honest. but i think i was too young to follow the story so i would buy it just to see what everyone loves about it. then i would give MGS4 a proper go

Hideo Kojima explains the inspiration behind the name Solid Snake

Kojima looks back on Metal Gear Solid on its 24th anniversary