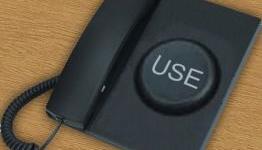 If The Real World Operated on Video Game Logic

"Ah, if only the real world could be more like a video game. There, wounds heal instantly and death lasts only as long as a load screen. The men are bald and armed, the women have proportions that make Barbie look like a teenage boy.

Yet, as our readers have shown us in the below gallery, a real world that tried to operate on video game rules would be baffling on multiple levels ..."

Jeez. These aren't even the slightest bit funny.

thanks for the heads up, I'm not gonna click the link now and waste my time.

You get bubbles for taking one for the team.

I should have listened. The only ones to even generate a smile were 6, 4, and 2.

Extremely lame... not worth clicking unless you want to waste your time.

Are you serious guys? Sure, not all of them were funny but you should definately check pictures 1,3,6(my fav),16 and 17.

the last one was funny. Clever.

You guys have no sense of humour.

I wish I had more bubbles :(

I didn't understand. The point was to be funny?

the last picture was definitely the best lol

the last picture was good lol

Love The Picture (The Phone With The Big "USE" Button)

Nintendogs May Arrive on Smartphones as Patent Suggests