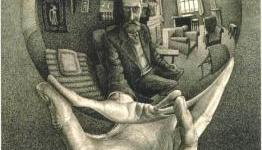 7 Predictions for the Gaming Industry in 2011

The video gaming industry made great strides this year. What’s next?

Here are Mashable's predictions for 2011.

Well i hope Sony and Google team up to fight Apple, if they try to enter the console market.

I find it funny how they say they say that Apple basically has the handheld market locked down with the iPhone/iPod/iPad. The DS is a goldmind. I can't think of one core game on the iPhone that isn't a rail shooter. It is a portable flash game system full of $1-2 pick me up titles that people play while waiting at the dentist. The DS has some of the most amazing games ever made. TheiPhone versions of DS titles like Cooking Mama and GTA Chinatown Wars are very poor. I could see Apple getting into the console wars, but on a side. I don't see them competing. I see them teaming up with Sony or Nintendo to push the tech side. The hardware and integration of their products. But in the end I don't really see them jumping in. Apple also is very expensive and I can't see people jumping on that bandwagon with a console probably ranging aroung $500 or more dollars. Sony struggled with that price and they are well received world wide for the Playstation brand. Apple may be popular, but they are still outsiders. Macs are not as loved as PCs although better, so I think they need to start off with a Phone/Game system ans work themselves into the console, maybe for next gen.

I really don't see to many core games spawning from the iPhone. If they are there, please let me know about them. The last game I got was RAGE, but though it's fun, it's only really a railshooter intended for advertising the real deal coming in 2011.

1. Journalism will sink lower than you ever thought it could.
2. People on N4G/Internet will keep talking sh!t.
3. There will be more articals w/ a (?) in them than you thought could be possible.
4. "Top 10 hottest girls in gaming" articals will continue to dominate the front page.
5. I`ll lose a bubble.
6. PS3 conspiracies will rise to a new level on N4G.
7. MS will try to convince/brainwash you into believe Kinect is for the Hardcore gamer.

So You can now replace #5 with "Another COD will come out in November. It'll sell 20 million copies but everyone will still b-tch is a broken worthless POS title."

One of your first comments i agree with. You lose bubbles for your insults though. Have a bubble for your troubles. Oh wait except your number 6 is wrong. You people are just paranoid. I have kinect and so far it's not worth the money I spent on it. I want good games on it. There's a bunch of games for kinect next year so hopefully some are good.

2011 prediction: Gaming will become even more detached and distant from what it once was and what it should be about.

And why do you all care so much about Sony on this website? Is this a Sony affiliated place? I don't get why everytime someone says something negative about Sony fifty people shoot up from their chairs to tell the person who said it why they're wrong.

Why do you people care if Apple enters the industry? It might actually do some good. You ever think about the positives of Apple entering the market opposed to the negative? I know, I know it's because you probably think it gives more developers more of a chance to leave Sony and start making exclusives elsewhere, right?

Sad. The day the industry has a set standard of player is the day the industry will be put back into perspective. It is that day that the only thing that matters will be the game itself and not the hardware because the hardware will be industry standard and set. No one will get burnt on the game they buy unless the game just flat out sucks for everyone involved; not just the system they bought it for.

Kinect will be dogged even when quality hardcore games come out and sell millions. Sony will delay 5 exclusives till next year, fans will claim its about time and quality, you can't rush perfection...the games will release and score 80-85. Sony will then release SHIPPED numbers of said games and people on n4g will lap it up and claim it is all the same...Wii will continue to dominate and yet articles will continue on how it is doomed and on the decline even at 90 million sold. Microsoft will increase Live again and fans will claim you get what you pay for(my foot)...pretty much like every year

new console will be announced from someone for sure.....dammit, how i hope so!

This gen is crawling along

"Gears of War franchise is so valuable right now, its hoards of fans have enormous pent-up demand for the new first-person shooter. Its sales are practically guaranteed to break all records."

*Bursts out laughing* So much fail in one paragraph!

you are the failer my friend...

I was like WTF Gears 3 is gonna be a fps???? Or its gonna be the next big thing??? I still have hope in my heart Cliffy will announce it for the PS3. I dont care if you show me a legal document stating Gears 3 is exclusive.

8. People will continue to deny that Edge, amoung other immature media outlets, is bias.
9. Mostly likely same people will make fun of PS3 fanboys and actually believe PS3 fanboys are worse than 360 fanboys.
10. MS will waste money for some timed DLC which is the long run doesn't really make a difference and only pisses off a certain consumer base.

It's the traditional prediction which should be included in every year's list.

Apple release a home console? I pretty much agreed the with the list except for this point...

1.Doing your mom while playing Killzone 3
2.Let your new little brother play Little Big Planet 2 with me
I am jking XD
Ohhh I dont think apple will make a home console though

Fifa believes it can make great sims without EA, but it should heed the fate of Championship Manager