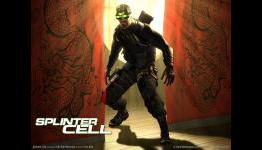 Ubisoft has confirmed that the company is working in a HD Collection for Splinter Cell that will release on March 22 exclusively for PS3.

Adhttps://store.steampowered.com/app/1488200/Symphony_of_War_The_Nephilim_Saga/?utm_source=n4g&utm_medium=native&utm_campaign=sow_n4g_native&utm_content=png
- Comments (56)+ Comments (56)
TopNewestOldest
Expand all
The story is too old to be commented.

great now put it on Disc and bring it to states. Anyone one know where i can import PoP HD Disc?

Cheap as too. 16 pounds, although temporarily out of stock.

The article doesn't specify, but I would be shocked if this didn't come to NA. The series has always sold better in the states than anywhere else.

hmv.com ships to the US.

if that's any indication, SC Collection is not looking too hot in my book already!

Dude, there are plenty of sights. Even amazon UK.

Right... Try Game, gamestation, HMV, DVD.co.uk, and even ebay. However the shiping charges are usually quite high. I import alot from Gamestop and YesAsia. Shipping from the US has always been a bitch. But if you really want it then no price is too great. I do this for mostly collectors editions. Sometimes the shipping alone can cost up to £30.

That'll be a nice way to catch up for those of us who haven't been following the series.

The HD version of Conviction is next

I pass the game was a let down.

mr exclusive popping of hahaaa! id like to see conviction on ps3 though, i like the splinter cells

The HD console version is coming next

Really not worth the time or effort imo. The game went straight downhill in my books when I heard they were not including spies vs mercs for mp. Then when I finally bit the bullet and bought it I was so let down even more :(. Seriously don't know anyone would consider Conviction a worthwhile splinter cell game at all. ever.

be up and running with these hd remakes?

if anyone has a link to confirm that would be great.

tried searching for it but this info is always absent in the articles and press releases.

I fkin hope so,

This, that mode is what makes SC good for MP, the ones in Conviction are terrible -_-.

They'd better after they ditched the mode in Conviction.

I'll be very angry face if they drop it in the collection.

lol conviction is in HD O_o but granteed i not only these games to playem again, especially the original with the epic last mission, not only because they were good but because i never experienced the online.

ohhhhhh i get it Dx

my mind has been blown

Ok. It might be best if you take your pills now.

I love these game as single-player titles alone, but the multiplayer modes in chaos theory were some of the best ever made. will be sorely disappointed if the spy vs. merc and co-op campaign isn't included.

Plus, I'll only pick it up if the remastered Xbox/PC version.

holy bananas batman too many is too many for march :P

I'm sorry but I'm totally shocked about how many 3rd party companies are making HD collections for tha PS3.If this keep going I see alot of 3rd party exclusives coming to tha PS3 in tha future.

I understand there is a console/fanboy war going but if I'm an 360 owner I'll start wondering what Microsoft is doing with their money.

The reason I think multiplatform games do much better on tha 360 is because tha low number of games that comes out that year.If Gears of War 3 or Halo 4 dont come out next year then its tha end for Microsoft gaming.

MicroSoft I dont own your console but I think its time to show Sony that you not going to sit back and let them take over again.You have too many loyal fans out there its time to give them some new IPs I know you have tha money.Because COD is not going to last long if they keep releasing them year after year.Sooner or later they going to want variety and right now thats what Sony is showing them.

Splinter Cell was once of Microsoft's premiere exclusives during it's initial release on the original Xbox platform. Months later, Ubisoft saw no reason to continue losing money by developing only for Xbox platforms. Which led to the eventual release on Sony's dominant PlayStation®2 console.

Fast forward to now and things are not much different. These former Xbox exclusives will be making way to the PlayStation®3 Home Entertainment Terminal and Dark Sniper will be more than happy to enjoy the significant improvements that are only possible on PS3.

Dark Sniper fully expects Xbox 360 to receive another critical blow once Splinter Cell: Conviction is announced for PlayStation®3. He will enjoy himself a few rounds of Cognac in celebration of another one biting the dust for Microsoft, Microslaves and their redundant Xbox 360 platform.

Lochdoun says that the only reason companies are doing this is because PS3 lacks backwards compatibility, which is a feature that Xbox 360 has. Therefore, Xbox 360 owners can already play these great games, all we have to do is pick em up for $2 used at Gamestop. While $ony imbicile fanboys are coughing up $40 a pop.

Thank you Microsoft for being superior and not doing these gimmicks that are ripping people off.

Aren't the majority of XBLA titles remakes of old games?

RDR and BFBC2 are available from XBL, so not all. Although if you mean classic xbox one games then there only like ten of them and even at that microsoft gave up putting them up like years ago.
@reply below
Get what you mean now. Arcade titles then yeah, rehashed games scaled up then overpriced :D. Hell even portal is on XBLA and costs 1200msp, and thats like free now on pc is it not?

No, I mean the million or so games that are just ports of older games.

hey, what a nice birthday present for me! (my cirthday is the 22nd)

Nice! I hope it's on a disc and not download only =/

This is ironic, every Sony fanboy cries saying that "M$" is buying exclusives and timed exclusives. But no one complains when Sony is probably buying exclusivity for HD trilogy remakes for POP, Splinter Cell, and Tomb Raider. The hypocrisy of the site astounds me.

Concidering the fact that alot of these projects isn't made by the original studios, but it were outsourced to new smaller (hopefully upcoming) studios, wich have done the God of War collection (Bluepoint games, also making Team Ico collection), Sly Collection (Sanzaru games).

To allow devs wich isn't familar with the original to remake it.

And if that's what their doing, they can probably easily remaster the art-assets and add various aliasing filters and similar rather easily, while keeping all the other stuff somewhat identical to the original.

I do think that Ubisoft Montreal did the Prince of Persia trilogy remake themselves, but they have lots of different teams inside the studio, since it's the largest studio in the world.
And it's probably the same team wich makes the SC remake.

But I do think it's a rather cheap way of getting alot of value in the package to sell to new consumers, and it also enchances their franchise brand, and it's probably a great way for publishers to try to form new buisness relationships with various new studios aswell, without spending millions of dollars on their first projects. :)

So I doubt that Sony buy these exclusives, but they've probably gone to great lengths to make sure that it isn't hard to do for the publishers and developers. :)

It's a win-win situation.
New developers get to see at how old games were made, they get a new job, and probably sales-bonuses.
Publishers get's more consumers playing their games, increased brand awareness and a few more sales and new potential partners.
Gamers get's to play good old games, for a reasonable price, wich they might have missed.
But with less of the issues wich is normal to older games, like horrible graphics.

Why would Sony pay for "exclusivity" of old games?

No, the fact is, publishers saw how well God of War Collection sold and wanted a piece of the pie, but PS3 was the only place to logically do it due to no file size restrictions for downloads and the ability to put them onto one disc.

Although a BD may be still slightly more expensive than a DVD per disc, the licencing costs for multidisc games go up significantly on XBox 360.

Blame Microsoft's last gen DVD tech (which has less space than the original XBox DVDs remember due to the security software), file size restrictions on content and ridiculous publishing requirements, not Sony.

Dude don't be silly. Sony does not buy this... This is possbile through Bluray and its capcity. Developers saw how well the GOW Trilogy did and are on board in releasing older games in Hi def. Remember all the shit Sony took for removing backward compatibilty? Well for people who want to play these in Hi def, well now's their chance.

This is the same company that took away Assassin's Creed Exclusivity from Sony when things were bad in its first year. Typical example of publishers and developers cashing in on the Playstation name and then discarding it when things are looking down.

These only need to sell about 100,000 to be in profit. Sony has enough exclusives and doesn't "Need" this, but its still good for the brand and bluray. Even if it's not on disk, the message is clear... Sony's got the games.

You talk about hypocrisy? MS can sell snow to eskimos... It took them 4 years to add built in Wifi and a removable HD (which you still have to buy from them at a ridiculous price). 2 years for built in HDMI, with a different console everytime for these features. And yet consumers still pay to play online, and extra for Netflix (not counting the recent increases in Xbox live)...

These games offer value for money. Add up the price of all the "features" you've paid for over the years... I'm still sitting with my second 360, and my first PS3. Free online, and an upgraded HD. No add ons for online... who's the real hypocrite here?... Microsoft.

Nice collection. I wish it was on a disk though :/

Please GOD let these be ports of the PC or Xbox versions cuz the PS2 Chaos Theory (My personal fav) was just horrid and unrecognizable next to the other versions. I think they were Unreal engine games, they could easily copy & paste the PC code over and plop it on a Blu-ray (Heck that's what most 3rd party devs do theses days).

lol xbox 360 exclusives coming 2011 is garbage, these people are expecting ms to surpise them with something big, nothing. you know gears is coming you know more kinect games are coming, the no name titles coming arent an interest to anyone. we all know what you people want. halo 5, gears 3456. wasnt kinect the big surprise?.

Ubisoft is looking to cash in here. they didn't bring Conviction to the PS3 so they can stuff their trilogy up thier asses.

i would love to buy Conviction in ps3 !!
i want mgs-dark cloud collections
deagon ball budokai 3 remake
and alots of games ...

Is it Time for a New Splinter Cell?

Oscar Nominated Screenwriter Will Work on the Splinter Cell Movie

Empress Declares War on Denuvo Ahead of Hogwarts: Legacy Launch