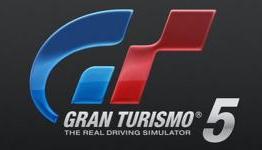 Yamauchi is embarrassed by AUTOArt logos – will be expunged

In Monday’s ION post I linked to a story on Kotaku that was based on a screenshot of the underside of a car from Gran Turismo 5. The screenshot (after the jump) showed the logo for AUTOArt on the bottom centre of the car’s undercarriage. AUTOArt is a company that makes highly detailed die-cast models of cars. They’ve also made a range of Gran Turismo collectable cars in the past.

He's a perfectionist. I'm sure since it wasn't supposed to be that way it bothers him that it's there. I don't think anyone really minds though and it's not like it hurts the games credibility in any way.

I've already read this story 2 days ago on N4G:

He is a serious man. I would be embarassed as well.
I know what it represents. It shouldn't be there.

I wonder how AUTOArt feels about this?"

- I wonder what else will be in that update Kaz???

Somebody in the art department just got fired

That's what you get for being creative...

Lol. Midnight is controlled by a robot.

Where did that come from?
I'm pretty sure MS wasn't mentioned anywhere in the article and any relationship to this article is certainly a leap in logic...

Ahh I see you have met Xusuyzus. He is from the Fanboy species. A common creature found on N4G. He is a special Fanboy because he does not only have one but TWO BUBBLES! These rodents are a disgrace to the community and should be bitch slapped on sight.

Well AUTOArt does'nt have the right to advertise their logos on GT5 without permission. The same would apply to any other company. I think for business/legal reasons it has to be removed. I don't know why he chose the word embarressed though.

I agree with you, there are far too many companies involved with their own trademarks. I'm guessing none of them were asked if it would be ok to have the artist's "signature" on cars they own the rights to. AUTOArt really should have gotten permission before adding their signature to their cars. I think rather than trying to get permission from every car company, Polyphony just decided to take it out, rather than take the risk of pissing them off.

The term embarrassed was probably a problem with the translation, that'd be my guess.

He's probably embarrassed because that means they simply scanned the undercarriages of 1:18 scale models to produce them in the game.

because they might have scanned the bottom of the models and used it as the textures on the undersides of some of the cars. They were supposed to take the logos out and didnt. It detracts from the realism that they had in the rest of the game, and hes a perfectionist.

and i donated a car too last night. had bought it for 100k... some Japanase suped up car.. on which i had spent another 200k or so. i wanted to sell it but it was giving me only 30k so i gave it off to some guy with whom i raced in Nurburgring... btw, sunrise in Nurburgring is freaking freaking cool!

nuburgring raining is the best.

It would be great if people could take advantage of this by testing out damage <=20 and then testing them =>20. It's pretty hard to go there at this point, I've been playing this game for nearly 15 hours and I'm only at lvl 11 (due to constant restarts on levels).

He should be more embarrassed about releasing such a bug ridden game.

.
But it's already sold millions, "unfortunately"...

Yeah I agree with that too

Geez fangirls settle down. U know I will find it funny that in a couple years most of you will go back and think 'gee gt5 wasn't really as good as I thought it was. Man I should not have got caught up in the hype, man I made myself look like and idiot on n4g' and I will be there to remind you of your idiocy. As far as I can see what's planned for shift2 will put gt5 further back from the top spot. The times are changing it's just a pity polyphony didn't keep up

@sitris you seem to think I haven't playe the game by your comments. It's a mediocre racing game with occasional beauty in the graphics but like 200 premium vs 800 standard cars it's only beautiful 20% of the time. Many reviews agree with me. Polyphony needed to follow the shift in market a lot better. Others have and they have succeeded still not denying it is a solid game... But...5 years solid? Not even

and yes.. please buy Shift 2. and their DLC too. that's what they'll be shoving it... but lemme guess, even with their DLCs, they won't hit the numbers GT5 currently has.

Lol at a couple of things in your post.

1. Gt5 will be remembered like all other GTs, by the 10 million strong fan base, not the fanboy wars on N4 g, which constitutes for more than likely less than 1% of the gaming population.

2. Why would people years later care what the wrote on a anonymous website on the net.

3. And having another racing compete with another is a bad thing how? Shift 2 will not have any where near as much variety and dedication to patches and new content like GT will. Waisted my money shift one expecting it to be a proper sim, and was thoroughly disappointed, have faith in a sequel though.

4. What did PD not change? Sure they have some average graphics throughout the game, but the new car mechanics and physics are second to none, not to mention rally, NASCAR and go carts. All brand new additions, as well as the fully implemented b spec mode. All this to appeal to new fans and ad more for the old fan.

Would you rather have 300 cars and have less choices, or have 1000 that don't all look flawless (some are bloody ugly)? Personally, i prefer more over less. Yes quality is better than quantity, but for me, graphics dont make or break the game, it is about the gameplay, and GT5 has that in spades.

Really? Haven't really heard much negative reviews like everyone here is saying, remember a time when a game that got mid 80s was considered a great game. Now all of a sudden get 85 from reviews makes the game bug ridden and a flop. Huh? Makes no sence, the game looks amazing, and has a huge fan base that plays the game. Why should he be embarrassed exactly?

Also I find it hard to believe you even took the time to play GT5 considering after looking at the stuff on your PSN ID under TerrorCell it shows that you didn't even play it period....In fact you barely played games at all.

Props to you - I can't get into B-Spec at all. I wish We could skip or speed up the races a bit because I'd rather be driving than watching a low level B-Spec do it lol.

Yea B-Spec could use improvements on it. I do agree with you that I would like to see the races sped up, or that they could have toned down the number of laps.

One big tip is go through A-Spec first to get cars and tune them up, then turn around in B-Spec and give those same ones to your driver.

Bugs? I haven't had any so far. What bugs are you talking about?

Also good job messaging me through PM. You could have just easily shown your 2nd ID, if you have it, or for that matter, could have just posted it in a reply on here where OTHERS are also doubting you. If you have a 2nd ID that's more up to date, why are you using the old one in the first place?

Why is he embarassed? What he's done with GT5 and day/night and weather /snow, rain is enough to make Dan Greenawald and Turn 10 embarassed.Its better to use model cars to scan to get an undercarriage, than suck measurements out your thumb like Turn 10. Some Forza 3 cars look like they just guessed measurments! Its like they had gorillas measure cars over there. Kaz, leave it dude, focus on fixing the stuff that needs it and just say FCK TEH HATERZ!

and for anyone saying this isn't embarrassing... the reason it is is because GT is a series that prides itself on polish and authenticity but whichever artist worked on this particular car half assed it rather than properly applying texture to the car.

Directing the argument towards Forza doesn't fix the issues GT5 has...

What issues? I have not seen any yet.

That I'm playing such an amazing racing game right now. This is the only racer I bought this gen besides Motorstorm.

Of all the things that they need to focus on they choose this?

this story was up weeks ago, they said then it was an easter egg, now its embarrassing?

Apparantly the boss didn't authorize the easter egg. Don't piss off the boss by goofing off at work. LOL.

I knew it was a matter of time before someone took a shot at FM3. I'm jumping between them both right now and loving it. Is it so damn hard to admit Forza is also a great series? I think they're doin a lot of things better than GT right now. God forbid I might want to use the same paint scheme twice.

Just wondering if the artist was an in-house or freelance..

..where I used to work I remember a few artists' would be drawing-in something naughty on one/or a few frames just enough for other artists' to notice on certain scenes but not exactly the audience once project has been finished.

this is a stupid article, who cares