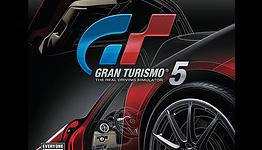 Gran Turismo 5 is set to release Nov. 24th. And if your wondering if it has Custom Soundtracks. According to Jeff Rubinstein of SCEA, it does and "There’s even a Trophy for using it!"

Adhttps://store.steampowered.com/app/1488200/Symphony_of_War_The_Nephilim_Saga/?utm_source=n4g&utm_medium=native&utm_campaign=sow_n4g_native&utm_content=png
- Comments (120)+ Comments (120)
TopNewestOldest
Expand all
The story is too old to be commented.

Weird - I watched the Gamespot Live preview earlier and the guy quite clearly said that he knew of no custom music function and was unable to find it in the menu....

I don't know who to believe - is the SCEA man with all his inside information lying? Or is it that the "professional" Gamespot (p)reviewer is woefully misinformed about a game he's going to publish a review for in 1 day?

Those 2 guys didn't had a good info for people. That happens when there are Live Previews with only 1 hour, they skipped different things and a lot more features they didn't mention.

And the official number of Soundtracks in GT5 are 189 Songs, plenty of Variety.

You are correct, Alfa. The feature of custom soundtracks has been known for a while now.

Also, lol @ giving someone a trophy for listening to their favorite tunes in-game! That is pure win right there.

Yeah if you follow the GTPlanet forums it was already said that there is custom soundtracks in the game.
That review earlier today from gamespot was mediocre.

Nah, that's what happens when you have a Forza fanboy reviewing the game.

The Gamespot buffoons are stupid in live plays anyway.

Far too much have I seen them terribly trying to multitask playing a game and doing an interview. It just doesn't work. They come off as real unprofessional.

The GT play isn't actually that bad, but usually they tend to stutter and lose track

I think Sony is trying to encourge us to steal the game before its released. Most people are going to buy it day 1 already and yet they keep showing/confirming stuff that makes us go crazy.

Glad I got the CE. Rubenstein also confirmed the 5 custom cars are "forevermore" exclusive and will not be available on PSN.

The gamespot preview was completely lame. They didn't act like anything in the game was fun. I don't know how anyone can sit their and talk like he is doing role call like Ben Stein in Ferric Buller. They were monotone, and basically called everything a disappointment.

Another video revealed that features unlock throughout the entire game. This other video showed that the severity of damage increases as you level up. The game basically lets you learn the art of driving before it sends you off to wreck.

The called AI poor when we have seen plenty of videos showing the AI manuevering around accidents. He was upset that AI cars dont wreck and cause major collisons. Really? Good AI replicates bad driving? Holy hell he and the other douche with him were idiots.

Loading still not fast? 20 secs is to slow? I have completely given up on GS. Who knows though, they could turn around and actually review it properly and give it the score it deserves.

ANYWAY ON TOPIC AT HAND: 189 Songs is ridonkulous! I definitely plan on putting some good Driving Music on there! Here is a list of some driving songs you may want to add to your HDD. Some sweet cruising tunes: http://hubpages.com/hub/Bes...

That's it! Time for move one or two thousand MP3 files to PS3 HDD. The much time I'm goint to waste in this game, chances are I'll need that many musics to not get bored of the soundtrack! LOL

, there is an option called BGM that needs to be enabled inside the game
BGM= BackGround Music

Thats exactly what they mean by 'custom soundtracks'. You'll be able to listen to all of your music saved on the XMB, in game.

I wish the PS3 had an in-game music streaming feature similar to the 360. I don't want to have to waste my PS3's HDD with songs already saved on my PC.

I was wondering why no one had been talking about this feature.

Seems if it wasnt there, there would be plenty of talk about it.

Anyway, most games I prefer the ingame music as it suits the atmosphere or situation, but racing is one of the genres its good to chuck your own music in.

I've been drivin' all night, my hand's wet on the wheel
There's a voice in my head that drives my heel
It's my baby callin', says I need you here
And it's a half past four and I'm shiftin' gear
When she is lonely and the longing gets too much
She sends a cable comin' in from above
Don't need no phone at all
We've got a thing that's called Radar Love

It's probably like Warhawk. You go directly to the XMB pick the music and it will play.

Thanks man - I do know, was just trying to make a point about the poor journalistic practice of gamespot (although they're far from the only site that does a disservice to the gaming community).

I'll try and be more obvious in future :)

I'm still a little confused. Most, if not all, of the GT games have has some sort of "custom soundtrack" because you could pick and choose which songs in the game play and which ones do not but what exactly do they mean by "custom soundtrack"? Does that mean like we all think that we can play whatever MP3s we have saved on our PS3's HDD or does that mean you can edit the GT5 playlist to only play certain songs? I don't think I have ever seen this answered to my satisfaction. I'd love to be able to play my own and I even loaded up 6.5 gigs of music on my PS3 in anticipation, so hopefully I can use it.

after watching that gamespot preview...

i think gamespot should repeat their "firing squad" process...seriously =|

I hope it's in there because Iv'e been prepping up my playlist for the game, I mean seriously spending a lot of time on putting songs on my ps3.

so who else is ripping some bach?

Think I'll Rly Myself to the Moon in F40... (not the actual namme of the song btw brah).

Nice, I look forward to cruising in a few oldie cars while listening to some classic 60s tunes :)

well it is gamespot a place were they hate ps3 games, also the moron that says so was a complete inexpert.

are you going to repeat that nonsensical list every time someone says gamespot hates PS3 exclusives?

its spam, and its pathetic.

Regardless, they probably gave one game a score he didnt agree with so now they are teh bias!!1!

Fact that they gave KZ2 some GOTY awards and the reviews generally always fall within the range of other sites. None of this matter, because we're fickle.... :/

Yeah the reviews aren't too bad, but I've always noticed a certain snideness when gamespot talks about a PS3 exclusive.

@visualb - I posted it twice, not 100. I see the same exact troll comments posted every single day, but that's not spam or pathetic? If you say so.

Wow, T9X69, that a great console right there. Good scores.

You proved it yourself, those scores should be higher.

And MAG was a 10 for me, I'm not sure what game those "most people" you are talking about were playing, but they sure as hell must not have had the game, or sucked ass. It's one of the best MP game I've ever played.

That was an obvious choice. Nothing came close to it, except Uncharted 2.

Why are you guys so touchy about review scores? It'a ridiculous. GT5 will be great regardless of whatever any game reviewer gives it.

OK guys, what soundtracks are you personally going to have? (If any)

Edit: got a disagree for asking a question...

Anyway mine is going to be a electro rock mix tbh. Hadouken, Julien K, Boom Boom Satellites, Blue Stahli and the like :)

Die So Fluid, Frightdoll and a smattering of Suicide Commando, me thinks!

In less than 2 days, I'll be tearing up the track, jamming to some good old Fear Factory "Demanufacture" action! Life is good.

You guys are hilarious LMAO!!
I'm down to three bubbles? JEEZ LOUIZZEE

I agree with your choices brah.

That is the exact same choices I'll have. In between Gorgoroth, Monstrosity, Immortal, and Lord Gore, you gotta throw in some Maximum the Hormone and Perfume. Haha.

Crazy Bitch on a continuous loop.

I think that the games original music might be the best 'driving music'. If i play a custom soundtrack in a game, i end up being distracted by the music and turn it back off.

None, I turn the music off when racing.

You can turn off the music in race and have it only on in replay and menus if you prefer, that's how I'll probably do in any "serious" race. But, if I'm just fooling around I'll have some hard rock, blues, jazz and maybe even some old pop just for kicks.

Ditto. I sometimes need to concentrate on a really challenging race but i fit's not a big deal or it's a long endurance race, the music helps to an extent. It's just got to be the right music, lol.

To name afew, i'll probably take the Bob Marley route at some point, this is great news

The sountrack they chose for the older GT games have been fine, it's just you tend to get bored of it when you've heard it a hundred times

most of the initial D soundtrack

with some rock here and there ..

AWESOME! hope its true, i can c me drivin in GT5 with Thin Lizzy playin over it http://www.youtube.com/watc... (its the solo that does it 4me, gives me a solid hard-on)

IT's true and the good part, is you can have music in replays only but off in races! Or in menus only etc.

sweeeeet, some justin bieber tunes to accompany the GT fans.

If that's what floats your boat, sunshine!