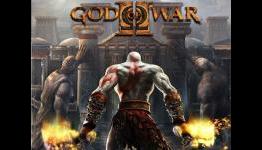 Every Kratos Kill Ever: God of War 2 | Spawn Kill

God of War 2 basically begins the war between Kratos and the rest of existence. You might say he started this war in the first game, but his motivations for killing Ares were fairly solid. His hatred of Zeus is something relatively fresh in the game, and isn't even fully explained until much later in the series. This beginning also heralds in a string of butchery far outpacing that of his initial journey, a serial killing that would only be rivaled by the holocaust that is God of War 3.

Adhttps://www.youtube.com/watch?v=IJUbGKExS0A
- Comments (11)+ Comments (11)
TopNewestOldest
Expand all
The story is too old to be commented.

This is a really good editorial. So much so, I actually kind of want to try God of War again. Thanks!

Yeah it makes me want to move the games up on my backlog list...

One of my favorite games I've ever played. So glad I got the HD collection ones!

F%ckers been busy since God of War 1.

Hmm gonna have to buy the hd collection already have gow3.

It's well worth it, and I actually enjoyed playing the Ps3 version of GoW1 better than the PS2 version, even aside from the graphics improvement.

just playn the gow1 hd on ps3,wotta great game and graphics,cant wait to play the second and to see how amazing the third one will look

God of War III makes this look like a child's play
The Cronus bit was so brutal it was almost too disgusting even for me, being a huge GOW fan

Great list. Kratos has a list twenty miles long of those who suffered death by his hands. Makes me glad he's not a real person. o.o

Ranking the God Of War Games from Worst to Best

Some of the Best First Levels in Gaming