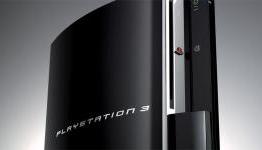 How to Clean Your PS3

Dust, dirt and grime are the enemies of all electronics. Whether you keep your Sony PS3 out in the clear like a shining black example of elegant design or tucked deep in the recess of your entertainment cabinet – you need to take steps to protect your investment and clean your PS3 from time to time.

Adhttps://store.steampowered.com/app/1488200/Symphony_of_War_The_Nephilim_Saga/?utm_source=n4g&utm_medium=native&utm_campaign=sow_n4g_native&utm_content=png
- Comments (86)+ Comments (86)
TopNewestOldest
Expand all
The story is too old to be commented.

dip a q-tip in isopropyl alcohol to get all the love juice out of the nooks and crannies.

Where would you advise I stick the Q-Tip?!

I won't hold my breathe on a reply lol

@joydestroy- I have a 60gb fat as well. How do you take it apart to clean it?

Is step 3 on this list that dangerous fan thing?

$70.00 to have my ps3 disassembled and fans, vents and ports cleaned.. (I can't do that stuff
) I wanted to get it to run quietly again. Does not seem to be cleaned as well as I thought it would. But the auxiliary fans aren't humming so I am relatively relieved at that...

That self-cleaning crap does not work for the 60 gb.

Funny thing is... the guy who cleaned my ps3 said that the fans were unusually larger... I wonder if thats a good thing.....

just google a guide for disassembly, thats what i did last year.

@v0rt3x
So we should just trust you as apposed to those who built the damn thing? If this was good then wouldnt sony have added this function to the os, or at least written about it in the instruction book?

My PS3 Is clean but when I change the hdd (from 80 to 320 g) it was full of cockroaches shell) good thing I move from Baltimore
Let not talk about my 360 which is my second time I buy in a year but I have my PS3 for 3 years now (which one is more reliable).

i have a 40GB and only went so far as to take apart the BR drive to reset it. you can look it up on youtube. plenty of people have videos showing how its done.

the sticker by the HDD slot needs to be taken off. the take out the one screw and slide the top of the PS3 cover off. should be 7 or screws to take out from where you just removed the cover. then you need the pry the back part up first, and then the front should come off. after that you should easily see where the screws are to tak apart everything. again check youtube videos for more in depth tutorial.

really if you wipe the PS3 down, and use a small hand vac to vacuum out the vents regularly it shouldn't be too dusty. my PS3 is 3 years old or so, and when i opened it a week ago the inside wasn't very dusty, and my house tends to get pretty dusty. regular maintenance should be enough to keep it clean.

@deadreckoning666: It's bogus if done properly, but not so since it can be abused and can lead to damage if overused in a short period of time. The PS3 has preventive measures in place to shut it down before overheating so as to cause permanent damage. Only repeated overheating in a short period of time or a system that is already flawed from manufacturing would cause long-term damage. And, those already flawed systems would likely already crash within the first year of standard use.

Sony says they don't support it just like Windows doesn't support you installing a new HHD or graphics card. It's what they use when fixing a machine and something that if they told people to do they would do a lot in a row, causing real damage and they'd have no way to track how the person overheated the machine and they'd have to repair it for free.

It's perfectly fine to do this once a month, but it's important that you do it from a cold start and not after using your machine for a while. Like most things involving computer hardware, you should only do as much as you understand.

this isn't a full clean. and fans plural? i only saw one on the CPU when i took mine apart.

but yeah, that self clean wouldn't have gotten all the dust out of mine. it was about 3yrs old so i took my 60gb fat model apart and cleaned all that crap out.

nice tips in the article, nonetheless.

What about cleaning a slim?

I just take a bath with my PS3. ;D
We do everything together!

Sarcasm I put it for you

Disassemblin and rebuildin a PS3 is the easiest job in the world, u gotta b stupid 2 pay money to hav sum-1-else do it

My mighty 40gig (500hdd upgrade) has had YLOD THREE times in 2 years, EVERY time fixed by yours truly, its such an easy job TRUST ME

i'm about to put an add on craigslist that says i fix ylod ps3's for 50 bucks. i'm that confident that i can fix them with no hitch. it is very easy. the system is built to take apart you just need the right tools.. and a heat gun. i set my heatgun to around 750 degrees for the reflow process. u also need a torx wrench and a few phillips heads. and make sure you have a tiny tiny tiny phillips head like the one that comes in a eye glass repair kit. after you have the tools it's just a matter of taking a few ribbon cables apart and reflowing processors and applying heat sinc and putting back together.

IF YOU GUYS EVER GET THE YLOD just watch a few youtube videos and do it yourself. DONT SENT BACK TO SONY. IT IS VERY VERY VERY EASY TO FIX YOURSELF. if not you can send to me and i'll do it for 50 bucks. haha.

Is it really that easy to take apart? I consider myself a relatively informed when it comes to electronics, but i had my fair share of problems when when i had to open my wii and attempt to fix the dvd drive. ´

So my question to you, is it harder to open a ps3 and is it recommended to upgrade the thermal paste if the console is out of warranty?

Another question, can you fix the rrod in the same manner? I saw a couple of them at a local electronic dumping site.

Donut: Private Donut ready for duty, sir!
Grif: First up, what's with the nickname? Private Donut? Someone needs a new nickname. Second, we need you to go to the store and get some headlight fluid and elbow grease to clean out PS3.
Donut: Right! *walks off*
Grif: Rookie, the store's that way.
Donut: Oh, right. I just need to turn around, that's all. *turns around and walks off*
...
...
...
Grif: How long do you think it's gonna take him to learn that there's no store.
Simmons: I figure about a week.

Imagine using your PS3 in a tank full of mineral oil.

I am imagining greatness......

Would look quiet stylish in a aquarium.

Only issue is that you'd have to take care of the HDD and Disk drive somehow. Could probably mount it beneath the aquarium you'd use. Come to think of it the SP3 does look like an aquarium by itself.

"Dust, dirt and grime are the enemies of all electronics"

The truth can be said for some pro Audio gear..

When Digidesign (Now Avid) went lead free with their expensive Protools HD systems, we saw a huge a failure rate with the I/O boxes.... Took them a while to get it sorted, but did in the end..

Even HDTVs, laptops, PCs, and cellphones have the same issues. And it all comes down to lead free soldering on the main board.

That really makes sense. My PS1 and PS2 lasted over 7 years.

My original PS2 died after 2 years, something to do with the DVD drive more than anything else. My PS2 slim is still in perfect working order, I hope to say the same about my PS3 slim in 5-6 years time.

Pre xbox360, Everything was leaded soldering. The good news though. Is that there are repair shops that are starting to learn that the problem is the lead free soldering. So there are some places that use lead soldering when re balling the chips back to the motherboard/main board.

Take an air blower and blow air through the vents. Thats what I do, on real bad occasions i'll see a big ass dust cloud but it will run noticeably quieter afterward.

100PSI air compressor is what I use. In the long run it's cheaper than can air dusters and I have a lot of stuff to dust out.

PS. invest in some ear plugs if you do it my way.

PUT IT IN THE MICROWAVE AND RUN MAGNETS OVER THE HARD DRIVE, WORKS EVERY TIME

Offensive? I guess most people didn't get your obvious American Psycho reference in reply to bobrea with his avatar. Pity the fools.

I put my PS3 in my tub and washed it with dandruff shampoo.
Very effective.
Also, don't forget to turn it on mid-bath.

I think it also helps if you are inside the bathtub while you turn on the PS3.

ima beast in cleanin consoles i should be chargin fa my services everybody in da hood comes to me fa they consoles needs been doin this since i was a kid tearing up electronics and puttin it back together BOOM!!!!!

You're tearing up the English language too bro.

But you should get some English lessons

The man can talk or write however he wants.

Anyway...I use the compressed air cans to clean mine.

"Free country
The man can talk or write however he wants"

When did the internets become a free country?? Time for a communist revolution.

You got any proof?

I doubt it destroys the console. But fan motors don't last forever. Running the fan at ultra high speed, just because you think it might blow out some dust sounds like bad advice to me.

I do this with my 80gig once every other month since I found out about it some odd months back. And every time I've done this the fan runs super quiet.

step one put in bin walk away done.

worked for my 360. haven't had a problem with it since.

Agreed... If they released this article just after the PlayStation 3 release, it WOULD be news. Plus, cleaning a PS3 is actually easier than taking apart an XBox 360 lol.

THE FAN TEST IS NOT RECOMMENDED. IT KILLED MY PS3 A COUPLE OF MONTHS AGO.

well on the 360 its called the power button

Also - you don't need to clean your PS3 every day.

If it was recommended as useful for cleaning, the manufacturer would have put that in the manual. There are safer ways to blow dust out of the fan tray vents.

You can not escape the ylod with a fat one, no matter how you clean it.

Bull, I'm still on my first UK launch PS3(Fat). Had no problems at all with it.

I didn't clean my lunch 60gig even once just keeping it far from the ground .. in fact i do clean my stuff , displays specially , but idk this beast is still day-one-like kicking.

Throw it away and buy a new one... wait how is that better?

It's not news. You can probably find this out on some forum or the sony website.

Contact lens cleaner works better. Alcohol seems to attract dust more. To each his own.