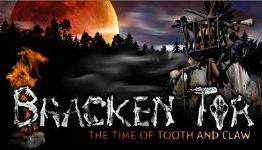 The Bloodmoon has risen. Something is stirring, something feral, ancient and terrible. It began many years ago, with the discovery of the livestock, ripped to shreds, torn apart and devoured. But the beast now has a taste for blood... human blood... There has been a murder - a vicious, brutal killing - out there on the mist shrouded moorland. A lone hiker has been discovered... mutilated and bloody. Our land was once the hunting ground for many vicious carnivores, but they have long since disappeared, hunted into extinction. Could those beasts somehow have returned, to seek revenge?

electronictheatre.co.uk
- Comments (1)+ Comments (1)
TopNewestOldest
The story is too old to be commented.

The who what broken now huh?

Bracken Tor: The Time of Tooth and Claw Delayed

GameZebo : Bracken Tor: The Time of Tooth and Claw Preview