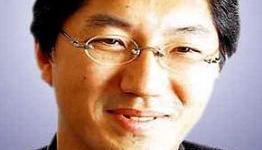 Sonic & Mario at the Olympic Games was released a year after Sonic creator Yuji Naka left SEGA, but he claims the idea was all his.

"It was actually my idea," he told a Eurogamer Expo 2010 audience today, "and I was the one who approached Nintendo about it.

5 Best Games to Play During the Winter Olympics

The best sports games for those who don't like sports