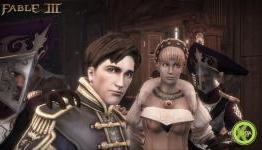 X360A have just posted up the achievements for Microsoft's next big franchise release, Fable III.

The list has 50 achievements worth 1000 points and encourages you to enter into a "business relationship" with a co-op buddy, as well as marrying them and having children with them.

No game is worth playing without achievements!

I mean if the gameplay is so weak that you don't want to go back and play again without the virtual pat on the back your father never gave you...I think you are buying the wrong games

Lol, Achievements just enhance the fun, what you got against them?

You really feel so strongly about it and have nothing better to do than b*tch and complain on N4G?

It wasn't a personal attack against you, it was simply yet another reason why this generation of gaming is by far the worst, my comment applies to trophies as well, so don't think it was xbox specific.

Dead Space....has persistent upgrades, that is a gameplay way of encouraging replays, because the progression has a tangible benefit in game, it actually does something....unlike trophies, in addition to that, the gameplay was good.

That is the measure of a good game, when you have played it front to back 10-20 times and you are not sick of it. I'm referring to the PC version to the way, no trophies/no need for them either.

When you have games that basically offer the game no reason to pick up up a second time other than to get trophies, you know Bobby K has your nut sack strapped into a miniature iron maiden and your time is nigh.

"Do you go spreading your particular brand of common sense on every article about trophies and achievement? "

My opinion is the same of both, trophies and achievements are something for children who had video games for moral guidance. aka only children/ADHD little $#1+s who need everything to be a competition

* mother calls out to father *
Mother: "where is billy?, I haven't seen him since this morning"
Father: "He's fine, he's just up in his room"

lol, did you find it boring because it had no trophies?

Personally I found dead space to be quite a repetetive game, by the end I was bored and definately won't touch it again, I really enjoyed the first 2/3rds of the game tho, and anticipate the sequel

Also I don't own a ps3, 360 only here and note how I said I found it repetetive not boring

You left out Steam achievements.

And I disagree with you. Have a nice one.

Wait so, you have nothing against in-game rewards because it has a "tangible" benefit but think trophies/achievements are worthless?

Nearly every aspect of a game that requires farming/collecting is pretty worthless. Trophies/Achievements makes the process universal to you as a gamer and helps build a player profile. I love the idea. Don't like it, don't collect them, but there is no harm at all at them existing. I don't know how it hurts any game, but I do know many people that enjoy playing games, getting more out of them, and completing them 100%. In fact, acing a game now has more benefits because of building this sort of "player profile".

As for buying games BECAUSE of trophies--- Achievements actually are standard in every game to my knowledge. It's the PS3 trophies that got implemented after achievements got fairly demanded from PS3 fans. In that case, who really cares? People choose not to buy games for numerous reasons. Art style, story, genre, etc. I honestly can care less for those achievement hunters, they buy games that they get satisfaction out of, can't blame them for that, can we?

It's all in the name of fun

Besides, who the heck said anything about it having weak gameplay?
Do you go spreading your particular brand of common sense on every article about trophies and achievement?

... people still getting trophies... while mgs4 had no trophies but tons of unlockables and other bonuses when u do certain things within the game...
I noticed games these gens are missing all the bonus and extra stuff to unlock... and replacing it with DLC and trophies... its really sad... ...

360 chievos are mandatory for every commercial game, can't really knock a game for having them

You're right, there is nothing wrong with having them, additional features are always a bonus...but that's the thing, most games 'NEED' them to justify a second playthrough, a sign that you are buying half done games.

You're looking at the glass half empty. Justification or incentive?

My main concern about this particular game is the artstyle, not achievements. I'm turned off by it. I'm thinking, if I get the pc version the style might come alive for me with the settings turned up but then I think... maybe not.

I've got to see the pc version in action before I make a decision. And for the record, I played Fable 2 and finished it. I loved it, but simply put up with its artstyle. Seems like it's no different for F3./end rant

Wow, I think you should probably just skip this gen and maybe go back to last gen.

Another Fable without difficulty setting!No hard or extreme mode!This time i will pass on buying!The " You Can't Bring Me Down " achievement only emphasis my felling that this game went for the casual gamers again!I get boredom if game dont give me challenge and thats the main reason i didn't finnish neither of the fable games!After the first 8 to 10 hours i get always bored!After reading the previews I guess TWO WORLDS 2 is the RPG to get!

The game sound like a lot of fun. There are just too many great games coming out for 360 owners this holiday season. Hooray for GameFly! I don't know how I would play them all without it...

Fable: The Greatest Game Concept That Never Was

5 Sequels We Would Love To See On Project Scarlett

10 Heckin' Good Games Where You Can Pet the Dog