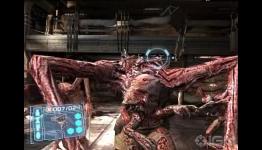 IGN writes: "At EA's press event in Tokyo, Product Manager Matt Bendett took the stage to highlight one of the most sought after pack-ins included with the limited edition of Dead Space 2 for the PS3. For those unfamiliar with what the package includes, I'm talking about Dead Space Extraction, the on-rails prequel that first appeared on the Wii last year".