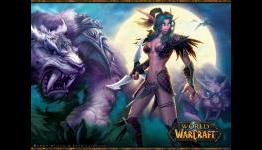 Top Reasons that Men Play as Female Characters in MMORPGs

AC: If you have ever played a massively multiplayer online role playing game (MMORPG) with voice chat, you have probably, at least once, experienced a rather disconcerting moment. That moment was when you found yourself looking at a female avatar and a distinctly male voice was speaking to you through your headphone or speakers. If you are male, it is even possible that you have caused a similar disconcerting moment for some other player in the game.

To fu*k with people? Thats what Im gettin.

None of this "Omg I don't want to stare at a males ass all day" crap.

Only sexually insecure people say that

buth thats exactly how i feel about it. womans body is infinately more pleasing to the eye than a mans. thats a fact. if im gonna spend 100 plus hrs looking at an avatar, why not make her really hot.

Attack animations primarily for me. Example in Gunz the duel the "butterfly" move looked different from males to females. In an instance of playing as my male character I could do a speedy butterfly but sucked with a few things that I could do with female character. Same with the female couldn't do the fast version, but a few other things I could do. Overall I think it was due to mentality of playing, as I was trying to be abrasive with the male and flowing like a butterfly with the female.

Either way that's my reasoning.

It's the only girl that will ever allow these nerds inside them?

You've been on this site for just 27 Days and yet you've accumulated over 620 Comments...

Do we really need reasons to what we already know.

Because they're crossdressing trannies???

In Final Fantasy 11, there were two races that only had one gender. The Mithra were all female, and Galka were only male.

However, there were stat reasons why males would choose Mithra (they had the best starting stats in the game, and they had a lot of ways to increase them even more as they leveled up).

Thing is, in WoW, it's only cosmetic differences. If there were stat differences (like, maybe females had better Spirit or Agility or something that made them unique), then this question wouldn't even be asked.

When people question such reasons behind the motivations of playing a female I think they really gotta question themselves first. Why does it bother them so much that someone is playing another sex character. Its like there is some disease that if you play an opposite sex you will end up like the opposite sex. LOL talk about insecurity. I think the people that question these things really gotta get themselves checked before making up reasons of why, because sometimes there are no reasons at all. These days people don't make characters to be like themselves, people make characters for a different number of reasons. It is just like names. In the old days people use to make names that resembled themselves or a real name, now names can be meme-like with no purpose just to insure that its so weird that people remember it. Whether its purposely ugly or irritating for ganking purposes or purely for aesthetics no type of accusation in the world can wake you up to the realisation you just got your butt handed to you by a shim(male played female character).

Seriously, does it really matter??? Unless of course they are the type of people that want to hit on a female toon and be 100% sure its female. LOL I thought that is what real life is for... lolz.

well, Fallout 3 quest Nuka Cola challenge is the best quest for females. Probably because, when you're a male the guy asks you to bring 20 special Nuka Colas. But, if you're female you can persuade the guy to collect the colas himself, because you can tell the guy that if he brings all the Colas he can have a three-some with him his wife and you...

MMO's people treat you according to what your avatar looks like. I dont want to be treated like a girl or chased by guys and such. Im not gay sorry. The reason a guy would choose a female character in a mmo is because deep down inside theres a part of him that wants to be a girl or likes guys.

No one cares about attack animations and all that bs crap. In MMO's pwning is pwning and its the main goal. No one but girls care about how they look and dress and such. My number one goal in a MMO is to get strong and dominate the world. This is why people play MMO's to complete everything.

IN a MMo you are the character so if you pick a girl you are a girl plane and simple. Must be a lot of mommas boys who are coming out of the closet in video games for articles like this to be popping up.

How about straight guys who picks a hot girl avatar so he doesn't have to look at a male ass the entire time?

Man that's some bullshit. That's like saying since I have a daughter, I AM my daughter since I made her.

So accordingly I should like men and go suck some dick.

You don't become yo fuckin avatar. I guess you don't play games where there's a female as the lead character either huh?

I bet you hate Metroid. Mr. TwistedMetal yall. He aint gon be no bitch.

Here another reason why people might choose female elves in Wow. The male ones look like queers

I'm currently playing a female blood elf Paladin on WoW cause i came over to Horde from playin human male (check youtube type darkade) An im only playin the female blood elf cause the male models look gay and im waiting for Taurens to be paladins an roll that.

I dont support homosexuality at all thats why i dont like male Blood evles. I think its a little dumb to compare playin a female game character to wanting to be a female in real life. Heavenly sword/metroid anyone?

I plan on creating a female hume for Final Fantasy XIV for a few reasons. First of all i will get free stuff, this is just a given, I will also be given more opportunities within the game. You have no idea how many times i've seen girls picked over guys for certain things like parties, quests, missions, etc. Of course skill comes into play but if you're or equal skill than being a female is the slight edge. There is just nothing but benefits and zero negatives.

For anyone that played Final Fantasy XI remember the Race Specific Gear?

Male Version of the gear
http://www.ffxiah.com/item/...

Female Versions of the gear
http://www.ffxiah.com/item/...

I love watching/playing a badass female who woops ass all day, its actually rather simple for me: its downright sexy and far more appealing than playing a male. I actually have a peference in playing any game i can with a female. And seeing as im not sexually insecure, i could give a fuc* what someone else thinks about it. For those that dont because there masculinity wont let them or some stupid shi* like that... i think u should really think long and hard for a second, thats called insecurity.

Tekken 8 Closed Alpha Test Kicks Off in EVO Japan, Will Be Conducted in Several Locations Worldwide