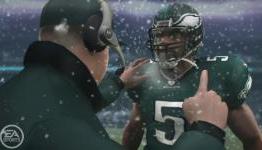 Pro Football in the Current Generation

Since the Xbox 360 launched in November 2005, followed by the Wii and Playstation 3 in the following year, pro football video games were launched into a new area as well. Ever since the first videos of Madden 06 on Xbox 360 were launched around E3 2005, expectations have been sky high for pro football games over the last 5 years. But did they really live up to them or did things go mind numbingly wrong?

" everything was unnecessarily complicated. Nobody liked anything besides the Tackle Alley feature and the animations. There was really no depth and whether there will be a Backbreaker 2 is up in the air"

There is a lot of people that love this game and yes there is some issues as with most games that are released these days, a patch has fixed some of the issues, as for a first release of a football game that EA has tried to block anybody from doing, this is not bad and yes Backbreaker 2 will be the great.Got go and play my season game.