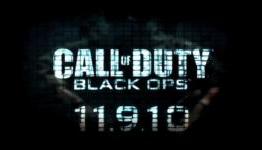 Could Call of Duty Black Ops have 1-24 player multiplayer?

In the UK PlayStation website it lists Call of Duty Black Ops to have 1-24 player multiplayer, or could this just be a mistake.

uk.playstation.com
- Comments (31)+ Comments (31)
TopNewestOldest
Expand all
The story is too old to be commented.

Good. 6-18 is a bit old....for me anyway, especially after games like MAG, Warhawk and Killzone 2.

Yeah. That and also on PC it's almost inexcusible to have that little. Most servers get near 60 players on average and Mount and Blade Warband with 126 players... charging on horses at one another, so damn fun. :)

1 player multiplayer? Does that mean the return of bots?

More isn't always better. MAG didn't work cause you had too many people running round like headless chickens.

Mag didnt work?Yeah thats why its still getting support from Zipper and thats why the community is thriving.You dont seem to understand the coding that goes into making a game.Anyways @NecrumSlavery perhaps 1 play multiplayer is the return of zombies.

Last time I played it, I didn't see a thriving community.

MAG is a failure Warhawk is so much better

Agreed, sorta. If people focused more on working as a team and less on getting a high k/d MAG would be one of the best games on the market, but to many people are selfish and only worrying about their score to actually work as a team.

I miss the 55 player servers on COD4 on PC. Those were always hilarious.

Why do you miss em, they're still there :p

I mean that they no longer exist in MW2.

Yeah war games are awesome when the number of players increase, you just need a bigger map. There are servers in CSS with 64 players, that is pure chaos but fun nonetheless. I think in 1.6 the limit was 130 or something.

CoD4 MP was awesome even with all the bugs that IW didn't take care of. Pals and I would always just do knifefights for the hell of it. World at War's multiplayer was ok, not mind blowing or anything. MW2 just killed it.. I played the Steam free weekend thing for MW2 and it was horrible. Rage quit within the first 5 minutes.

I'm hoping Treyarch can fix the CoD image and bring it back to it's glory. CoD was one of the first FPS's I have played and back then it was phenomenal. It just got better and better and then IW had to go and tarnish their reputation with a crap game like MW2.

The thing is, it has the potential to and it would be great..But the devs? No, they are too lazy....

What Treyarch are going far with this cod.
I like the fact the trying to be so precise about the spetnaz they are kinda like acrobats just watch deadliest warrior spetnaz vs navy seals.

Treyarch made COD3 which failed, and COD 5 which also failed. Lets just hope they break their streak.

can they have "Campaign" Co-op?

It was confirmed ages ago that there's a separate, dedicated 4-player co-op mode. Zombies is also confirmed recently from a magazine and it's also its own mode.

Those people hoping for bots or something, click the link before commenting.

They cant have 24 players, I think the limit for Listen Servers on consoles (What COD series uses except for COD3 that used Peer to Peer all other CODS use Listen Servers) is 18 people.

Then Ded servers can go up to anything if you have the network code optimized for it.

The only truly peer to peer game (using a literal definition) in the franchise was Call of Duty 3.

This can never be "fixed" because of this little thing called the "Internet" and how it works.

What we can and try to do is:

The common assumption that Dedicated Servers (instead of Listen Servers) will somehow solve all problems is not accurate. It's grossly over-stated as a cure-all. It causes new and different problems.

What many people don't understand is that (on the 360) you have to bounce and authentic all "Live" traffic through what is known as the xLSP gateway/proxy. In the simplest sense, it's a type of Virtual Private Network (VPN) between us and Microsoft.

All of the World at War stat servers (for example) run behind one. So does the infastucture telling you how may players are online; or the machine you get the Playlist from (etc, etc).

Reporting stats to a database server is one thing; sending game traffic through the gateway/proxy is an entirely different beast which will increase latency.

xLSP has policy guidelines and restrictions. The bottom line is that it both lets us offer a lot of stuff to you that Live itself doesn't offer (or has made generic to work with "any game" whereas we want to do something that works awesome for Call of Duty), but it doesn't exactly give us complete flexibility to do whatever we want either.

The game is not Peer to Peer.

Listen Servers, Dedicated Servers, and Peer to Peer games can never be truly "fixed." They can just be designed and developed to work better on the Internet.

Dedicated servers (for consoles) are not a cure-all.

We are MP developers and gamers, thus aware of what it is like to play MP games on the Internet. Including this one.

your logic falls on deaf ears here at N4G. that was a good explanation tho, to bad most fanboys here won't understand one lick of it.

sure as hell better have bigger maps, no Modern Shitfare 2 bullshit backyard maps

1-24 is ok, 32 would be nice for larger maps but quite often the larger the maps the less skill involved as more players just means you can hide in a corner and wait for more players to run past you. Sometimes lower player counts make for better games because its more gladitorial, you can get into little vendetta's hunting down a player who's killed you a few times or vice versa but with more players you just get lost in the crowd.

I could see it working if they use local region search.
Otherwise you get people from other countries hosting and MW2 gives host to people that clearly cannot host a game.
I mean WTF..
Infinity Ward thought they made it better by removing local search.
Which backfired.
The best way treyarch can improve their game is do everything the opposite to infinity ward, the only thing IW improved since COD4 was the host migration.
everything else sucks.

Its most definitely a possibility. We know that consoles can run 24 player servers great such as bad company 2 on dedicated servers. Two things i see a problem with is that COD maps are not very large so it would just be a crowded spam fest(lol at 54 player Shipment in COD 4)and if there is no dedicated servers and its PvP hosting it could cause a problem. I guess bigger maps and dedicated servers would be perfect if black ops wants 24 players in a game.

It's gonna suck anyway because it's a Call of Duty game and the people that play it are douche bags.

CoD would need to have 1 person multiplayer.

Agree 0Disagree 0
▼✖-+
SPAMInappropriate
Show all comments (31)
The story is too old to be commented.
50°

Looking back to 2010 and the excellence of Call of Duty: Black Ops