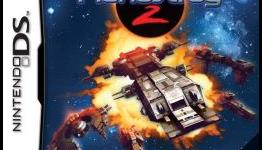 Jim Avery writes:
"Being a game reviewer for a couple of different sites, I occasionally have to put up with, and play through, complete pieces of crap. You've probably played one of them before; you know, the kind of game that is offensively bad, that your soul rebels against being near, where every part of it is not fun, but an ordeal (see jackass: the game for Nintendo DS or Igor for Wii). At least you guys can stop playing them; reviewers are obligated to continue until they know exactly how bad the game is.

On the other hand, I occasionally run into a game that I couldn't put down even if I wanted to; the kind of game that sucks you in with atmosphere or charm or addictive gameplay until you're finished. Thrilled, I head over to Wikipedia or some other site to see how other people liked it, only to discover that these games floundered at retail.

Thus, I present you with The Five Best Nintendo DS Games You Probably Didn't Play."

The classic ‘anti-RPG’ Moon is now available on PC, PS4, and PS5

Waiting for Deltarune? Play These Games to Fill the Gap

This Game Was The Inspiration For Undertale - So How Similar Are They?