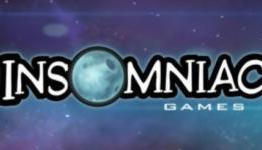 Mucu from GamesOnSmash.com writes, "Veteran developer Insomniac Games has dropped quite the hint regarding when they might announce their next title. Just a few hours ago, Insomniac stated on their Twitter:"

please let it be a platformer....

Resistance 3 with the killzone engine would be EPIC!

agreed, i would love it to be resistance3 but no less if it were a platformer like the R&C games.

1 disagree??? ppl must not like you natsu.
heres an agree and a +bubbles for you.

I personally don't want that to happen. Killzone and Resistance are two completely different games.

The game mechanics for each game are completely different from one another. They're both FPS, but that's really all they have in common.

Differences
- Artstyle (Killzone: Gray, Red, Blue; Resistance: Very colorful)
- Physics (Jumping, Booster pads)
- Gun Mechanics (Resistance doesn't have weight)
- Color Palette (Not sure if this would have much effect, but Resistance 2 had very bright colors, while Killzone 2 was just shades of gray, red, and blue, really). Basically, this means Resistance 3's graphics would need to be changed dramatically. (Assuming the engine wouldn't be able to handle such a wide palette).

You've got to remember that engines created for games are tuned specifically for that game, and are NOT meant to be used as an open library (Like OpenGL/OpenAL/LWJGL/Unreal/Ogr e). So they're really not all that compatible with other games.

This game will probably be good because it harnesses the 360's power.

Or a new IP would be good too, but would prefer R3..

Way to break you trolling form... Kinda kills the PC elite thing you tend to go for. Wrong troll account by accident maybe?

Tell me WHEN it is announced.. not well maybe, possibly, probably, it may or could be announce soon, like in a few days or months... or not?

@Bloodraid
You could say you don't want the Killzone engine to happen to a Resistance game, because it won't. Its a dream idea. That would never happen.

Also the artstyle of RFoM was grayish with the impending doom feel. That was awesome. I'm not sure why Insomniac decided to go with super saturated colors in Resistance 2. Maybe it was the move to the US? The area for the game wasn't as run-over by the Chimera yet? - Sure an engine would be able to handle a huge color palette. That's very basic in the design of an engine. Just a note. Resistance 2 DID use the same engine as RFoM though. But for what reason they changed some of the physics and the speed of the game I don't know. The game felt clunky, the character sizes were increased dramatically as well.

I truly hope Resistance 3 goes back to that gray, dark, bland colored feel like RFoM had. That's what made the game. It was so epic.

- None of this made much sense, Resistance: Fall of Man is just my favorite shooter of all time.

playing "a crack in time" as of this moment.

Even if it's announced as a PS3 exclusive? what are you gonna do flame Microsoft that PS3 game don't play on xbox360? ROFL!!!!

Since we know Resistance 3 will be showing up soon enough I want this announcement to be that "act/RPG/platformer that was rumored a little more than a Year ago....

We have quite a few shooters coming,but platformers from top flight dev's are like Dino's these days...

A game with a new innovative game mechanic,along with all the fun platforming you would expect from Insomniac.Along with a creative style and flare.

ACT/RPG/platformer and resistance 3 would be even better...

Already know what the Resistance franchise offer. I would rather see there new IP.

Even when Insomniac Games has finished their last input in the R&C Future Trilogy With both teams available they can focus on Resistance 3? With more time to develop the third one as well as fix the criticism from Resistance 1&2? You wouldn't want to see Resistance 3? Especially after first party devs like Naughty Dog, Guerrilla, Sucker Punch, etc have found better ways to utilize the PS3?

You know I think Resistance 3 will have a major leap over Resistance 1&2.

I didn't say that I didn't want to see RE3 (at least not now). I just prefer to see what they have instore for us besides an already established franchise. Exclusive or not I really don't really care. They are talented devs and it's great to see them expand there opportunities in the industry.

If you prefer sequel after sequel over new IPs then good for you I guess.

its either resistance 3 or the EA partners game

After seeing article the other day about the Resistance 3 billboard on the set of a movie coming out next year in March, I think they might be announcing R3 sometime soon.

Guys, this probably just means they want to try Irrational Games new game. They said they want to get in on the fun, it could mean either. We all know they're working on more than one project though, and the multiplatform game isn't ready.

I'd like a new R&C game. Honestly, I never played one before ToD, but I've come to love them.

You should definitely play the earlier R&C games, even though they'll seem outdated. I found 1 and 2 to be the best of the series and tbh I really disliked ToD, it was probably the first time they favoured anything over gameplay with graphics, although ACIT rectified that.

Resistance has its charm, but I really think its been overstepped by Killzone as far as the "Sony" FPS megahit is concerned. Although R2 was fun, it was surprisingly less polished than many of their other games. I would really like to see it if they made some cool improvements, though!

You obviously don't have the ability to infer anything.

The fact that it was stated that they "want to get in on the fun" hints that they want to announce a game too.

Either you didn't actually read the article, or you can't read at anything more than a basic level. Hopefully it's not the latter.

It's probably going to be Resistance 3, but lets hope they make it more like Resistance: Fall of Man then Resistance 2

Hope it's R3. They'll probably release it in Q3/Q4 of next year, to avoid coming out at the same time as KZ3.

Resistance 3, it seem's the right time.

i hope its not for xbox360 to, i want to play a good looking game not a gimped xbox360 looking game

Resistance 2 is one of the ugliest games this gen...

Make sense, with R3 coming out in march and all.

Hope to see a new IP. IG have shown what they can do with R&C and Resistance series, could even be the project with EA (although I'd still prefer a brand new IG IP personally).

An RPG by Insomniac. Hmmm...

Why the disagree? Please explain...

I never played Resistance 2 (was busy and now deployed), but the I did like the story and how it was told in the first one. The story in ACiT was great and the comedic elements were well placed. I think they do a great job with the storyline in games, so I wouldn't mind seeing them try at a story driven genre. Their core gameplay and mechanics are always great, so what gives? I'm not saying it will happen, but what's wrong with the idea? Given the lack of quality RPGs compared to last gen...well, yeah.

I doubt it would be the multiplatform game with EA seeing as how they said they wouldnt announce it soon. Anything is possible i guess. This is probably R3 or that other "sony exclusive" Sony has mentioned that they are looking forward to announceing.

Hulk Should Be the Next Star of an Insomniac Superhero Game

Moo Yu on finding the heart in game development

Insomniac Games Is Working On A New Multiplayer Game