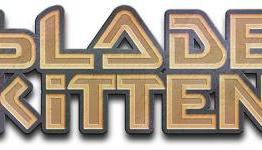 Interview With The Mind Behind Blade Kitten

It was confirmed a few weeks back that Blade Kitten will be coming to Xbox Live Arcade in September. The game is based on the comic book series by creator Steve Stamatiadis and is being developed by Krome Studios. He was kind enough to answer a few questions for XBLA Ratings about the upcoming release and how it ties in with the comic series.

Adhttps://store.steampowered.com/app/1488200/Symphony_of_War_The_Nephilim_Saga/?utm_source=n4g&utm_medium=native&utm_campaign=sow_n4g_native&utm_content=png
- Comments (0)+ Comments (0)
TopNewestOldest
The story is too old to be commented.
140°6

The Enduring Legacy of Xbox Live 1.0

Games, governments, and guarantees: Where does public funding fit in the industry?

Save the XBLA indie games!