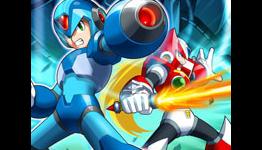 CarlosX360: What is Mega Man Universe?

CarlosX360 writes: "Capcom for quite some time have been really impressed with the level of customization in LittleBigPlanet. It was quite evident when Capcom released Mega Man Powered Up for PSP. Even then, when players got their hands on LittleBigPlanet, many users were estatic about the possibilities. So, when players created levels based on various franchises. Capcom was floored. They loved what they saw, and never sued Sony for it. Just gave its fans a huge nod. They were more flattered about the fanbase’s intense devotion to Capcom and its various franchises. Mega Man especially. But what if I told you that its more than just customization?"

Co-op would be awesome in a Mega Man game, but can you imagine how frustrating it would be if your partner kept dying?

New Super Mario Bros. Wii is frustrating to you? It takes one hit to die. Whereas Mega Man usually has a meter, so he can take more damage. But if one falls into pits a lot, then yeah, I'd understand where you're coming from.

Capcom needs to make that money!

Forget Marvel, The Perfect Capcom Crossover Is Simpler Than You Think