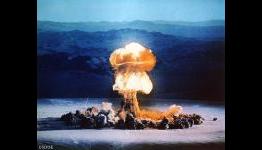 Who Needs to Step Their Game Up After E3?

On this weeks episode of Step Ya Game Up, we have Blade206, WorseCase, Mucu, and Lex_Yayo_407. They give you their thoughts on each competitors conference at E3 2010, what they have played on the show room floor and tons more!

We also give away a couple of beta codes for Medal of Honor and like always we have a “Step Ya Game Up”. So sit back, relax, and enjoy the show.

Both sony and MS. I dont think they expected Nintendo to come out guns blazing like they did :).

how could you say sony needs to step up their game after showing you not only loads of exclusive titles, but 3d gaming and motion controls. they have all gamers covered from every angle.

I agree with most of what you said, except for Sony. I think it only seems like they needed to step their game up because we over expected stuff from them. If they had waited and revealed all those games at the presser, none of us would be disappointed in them right now. However, since they did reveal all that stuff, we all expected them to have even more t E3. When they didn't, it let us down. So, the disappointment really came from the timing of the announcement and our over zealous expectations.

my ownly "disapointment" is that i dont have enough time/money to get all the titles that interest me. i still have a few exclusives out already that i need to pick up.

games i havent purchased and plan to:

I agree with Muca.

Nintendo surprised me the most because I expected the least.

Microsoft disappointed me the most because I expected more.

Sony had a great show, but it dragged on in some areas, but they met my standards, though I unrealistically expected more from them because of all the hype people shoved around. So there was a slight disappointment when they didn't focus on everything I expected, but that's hype for you.

And Sony DID have time for more games, they could have easily removed some of the stuff that dragged on. However, Sony, unlike Nintendo, is more than a gaming company and they needed to represent themselves in terms of 3D marketing, Move, etc. Also, I'm sure they just purposely hid some of the games (The Last Guardian, etc). for the future. We know it's there, but Sony decided to tease us. There's a difference between that kind of disappointment and the disappointment you feel when you see MS's E3. One is "awe, give me more, we know you have more" and one is "that's shockingly disappointing".

With that said people always say they are gamers and games matter most. Well, Nintendo was pure gaming at their E3. They were short but so, so sweet. As a show, I commend Nintendo.

But this article wants us to know who has to step up their game, so that's different. For me, that's MS because they have the most to prove with Natal, and by making it the centerpiece of their E3 they gave themselves that burden.

Your bubbles are so intimidating, lol.

Mucudadada pretty much said it right. It was only disapointing to some because they over expected from sony. Not because they didnt deliver. Nintendo was the best, Sony in a close second because they purposefully left out several titles, and there pacing was a bit off, and Microsoft was in just plain last for numerous reasons.

Imo Microsoft needs to "Step up there game"

Damn...must be a slow news week.

PFFT... microsoft got the short end of the dikc, not sony or nintendo.

All of them. Honestly, it's their job to keep stepping up the game. When they stop, I stop caring about their products altogether.

Pffft, the only bad about Sony's Conference was the Talking and too much EA, everything else was Great, while both of the MS Conferences were about the same thing, kinect and not showing anything REAL about that device, that pretty much make you realize who needs to Step Their Games Up....

Sony does like to go overboard with the game montages. It wouldn't be so bad if a lot of the games weren't repeated across the montages, especially ones you just saw on stage (KZ3 and SOCOM being the big examples there).

I'm actually looking forward to a lot of upcoming games from from Sony. Since E3, a lot of people have been trying to group MS and Sony together for some reason.

Hands Up For Games4608d ago

Hopefully everyone steps up their Game. You dont want to be standing still, do you? And if everyone raises their Game then us Gamers reap the rewards. Step it up people, step it up :)!!

no offense but that whole sentence sounded like a 80's PSA for sports.

I agree with your idea, but the delivery was a little off.

Not true. Nintendo brought the guns this year. True we are excited about the new 3DS. But they also brought it in the gaming department. If u don't realize that u r just simply a pathetic Nintendo hater or just a jealous Sony/MS fanboy.

people might have the perception that Nintendo didn't do all that much at E3 this year. I know...it's the rehash issue all over again. But, when you think about it. That's what the die-hard Nintendo fans really want. They want the Kirby, DK, Zelda, Metroid, etc. Plus, Nintendo had been completely underwhelming at most of their previous E3 conferences. So, essentially Nintendo brought games that their fan base really wanted and the "surprise" of the 3DS. That's hard to beat. Sony, IMO, delivered on what they were expected to do. MS, on the other hand, was disappointing because they have held themselves as the self-appointed "hardcore" console. Yet, their conference was all about Kinect and casual games. Their fan base was left wanting simply because the "hardcore" games that were shown had been shown already for months.

There were no core games besides gears/halo. The only games announced were for a peripheral which will be used by people who either pay 120-150 dollars or buy a console with it bundled.

even economically it's a bad move unless of course it captures the casual crowd like they expect.

sony has been stepping their game up, what they need is a better transition and presentation style..

they should have also split their show into maybe two separate shows or added an extra half hour.. MOVE and PSP could have had their own show

That is about it.

DICE: Battlefield 2042 Squad Management Incoming, "Can't Say" If Other Maps Are Getting Reworked