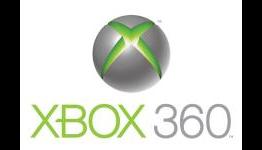 Microsoft Has Lost The Plot

aimassist.com writes: "If you’ve been out of the loop of what’s going on, E3 commenced today and we’ve already had Microsoft’s E3 conference, it’s all over and done with and people are now coming to terms with what they have seen while eagerly anticipating the next E3 conference. I’ve looked around for opinions on the MS conference on a number of game forums and various gaming websites, and pretty much every one seems to have come to the same conclusions: “It was cringe worthy”."

My exact feelings expressed in word form...come on MS!

Worst conference I have ever seen.

When it got to 'Mr Skiddles'. I puked & turned it off.

hahaha they lost me in exactly that part too, but I kept watching just for the sake of it. Anyway I think it was a very cheap move on their part giving away new xbox to the media, but whatever makes them look good right?

Two words and I was done.

(Did anyone else think the new slim360 looked sort of like the black WII?)

I thought it looked like a 360 (slightly) shrunk in a dryer and painted shiny piano black. It would've been nice if it had a front loaded disc drive but no they stuck with the tray drive and now they have excluded their original user base by having a new proprietary hard drive.

Now if you have more than one 360 in your home you have to transfer your save files with a usb stick instead of just swapping your hard drive from one unit to another. Just another way to make money off people.

The first half was decent.

The second half with Kinect was utterly crap.

half, it was only about 1/3 regular stuff and 2/3 kinect. i heard they have another conference hopefully they got all the kinect stuff out of the way.

I thought the next conference was supposed to focus only on Kinect. You might be SOL buddy.

I agree with the article. It was definitely cringe worthy. Especially the chatter between the players.

I'm kind of laughing a bit here thinking back a few weeks to their shareholders meeting and how they actually wanted Microsoft to take a different approach with their entertainment division when it came to gaming. They wanted Microsoft to step back and just provide the hardware and platform with the various fees and let it be completely controlled otherwise by third parties.

Did the shareholders have the right idea of abandoning Kinect?

As far as the press conference, I made my feelings on it clear. As far as Microsoft's goal of getting something for all of their target audience members, which now includes casual gamers, they did cover all bases. It's just that it may be the wrong business decision for them. But, it was a solid presentation when looking at it from supporting their current business goals.

They shouldn't have changed the hard drive in 360's not only does it confuse consumers for the future it alienates people from buying arcade consoles as replacements if they have the new slimmer model. Silly idea!

I am extremely disappointed. Kinect, come on. I was hoping for some decent launch titles, now I don't have any interest in that thing, especially for $149. This tech will fail quickly. No surprise exclusives and nothing to look forward to except Gears 3, and if that doesn't have dedicated servers, this year is going to blow.

Congrats Sony, just as long as you don't shit your pants on stage, you won this E3!

you kinda lost all credibility when you started with "As an Xbox only owner".....

Do yourself a favor and get the other 2 consoles.

I have a family and a mortgage, along with many expenses where I don't have the luxury of purchasing all three.

You're attitude/comment just lost your creditability.

In a perfect world I would have all 3, but my family comes first.

Well, recently I've been more pro my PS3 than before(mainly a controller preference and multis being virtually identical nowadays)but I wopuld imagine Ninty stand to gain a LOT this E3, as well, and announcing an impressive new Zelda Wii could go some way t them wooing back some who feel left in the cold by the big N. Certainly, there were no fireworks here from MS but don't imagine that either Sony or Ninty will necessarily be a lot better. Sony already spunked some big games at us before E3 and if that was just to make room for Move they might well be re-thinking this after seeing the Kinect stuff go down so poorly with so many sites and gamers tonight.

On the other hand should there be a couple more big game reveals(maybe Starhawk, SF5, inFAMOUS2, U3, Jaffe's game, something from Incognito, London or Cambridge etc) at Sony's show, a GT5 release date worldwide and amazing gameplay from the likes of Agent and TLG then Sony COULD be onto a winner with that and the expected content and on the hardware side who'd be that surprised at a new PSP? What,though, do I expect? Move, and lots of it. If so we can but hope there's more titles for the serious gamer alongside the casual stuff that MS showed today.

Seriously, though, Nintendo could steal the limelight with 3DS,Zelda Wii and a few long desired announcements like a Starfox, Kid Icarus or F-Zero game in the works-as well as their usual billion DS JRPG stuff.

MOST PEOPLE CAN'T AFFORD ALL 3

I kept waiting for the big announcements and amazing new IP's but all we got was the usual games and kinect, kinect, kinect and more kinect.

ready for E3, just a flat conference IMO, and too much focus on "Kinect"

It's good to see Sessler and Perriera not hold back their feelings on Kinect =) It really wasn't good.

agreed they usually love anything microsoft does at G4 but they really didnt seem to like NAT err.. kinect? too much which was really surprising morgan even said it doesnt do anyithing the WII doesnt

I was looking for real surprises, and tbh MS didn't deliver, IMO it was as bad as Sony 2006, if not worse.

well thats what happens when u have no real first party support...

After showing two multiplat games, and announcing 1 exclusive...well, I was positively shocked at how bad Microsofts showing was. This will most likely be glossed over due to the fact the media recieved Xbox 360 slims on the house.
Fortunately my wish for slim 360 was answered. Sadly, apart from abotu two games, I have no other exclusives to look forward to on it. Poor Microsoft. So poor.

microsoft has an identity crisis on their hands right now. they've failed both their hardcore fans and in their attempt at casual gaming this e3. there's always TGS though!

It sucked really bad, I truly wasted my morning watching that garbage. Whatever, that won`t stop the media from proclaiming a flawless victory for Microsoft.

E3 is now officially Sony's for the taking.

it was taken as soon as kevin went up on the side of the building.

i wouldn't go that far unless no one else announces exclusives and kinect titles at e3.... then oh dear....

I agree. I think Microsoft has finally lost their minds. They have cracked under the strain

Can the last person leaving the Xbox brand behind please turn the lights off on your way out.

This was by far IMO and many others it seems the worst E3 showing. MS must have taken some awesome Shrooms to think this was a good E3. Almost ALL casual games?
I know they want the Wii demogra[hics because it spells money but wow.
The irony will be if Nintendo's E3 shows less "Wii" type games and more "hardcore" games. LOL
This will be the easiest E3 for Sony ever.
Heck what Sony showed us already before E3 trumps MS E3 already.

Are you turning Microsoft back?

so true...and yet we still have the unannounced stuff waiting around the corner.

That was MS's worst E3 ever,no doubt about it.

True man, what a let down. They showed like 3 real games and a rest of nonsense.

You actually thought it was about pleasing the "hardcore" with this conference??

Microsoft are going after your grandparents, mums & dads & every other elderly person in this world we live in..

In other words.. Get ready to play together with the family in your living room a lot more often, whether you like it or not. :(

Natal will sell shit loads. There is no way around it. This is what MS intended. They just gave hardcore gamers the major shaft.

natal will fail an even more if it really is more than $100. you think a copy of the eyetoy is going to work against wii? you really think people want to play with nothing to hold? look at every other attempt of grabbing the causal market M$ has done in the past and notice they all failed.

Dont forget buying a new living room to fit the WIDE open spaces it needs >_< in London the only time you get close to that kind of space is in a park.

think of the japanese

i play games to escape from my family, our way gaming will never be the same again

Hey gears of war come over to the Sony party, it's fun over here and we got honeyroasted peanuts!

We also have pie...and beer pong!

The next one focuses on Kinect. No more hardcore games here.

those guys who left ms a few weeks ago saw this iceberg coming and abandoned ship, it's painfully obvious.

They have had such a response to the new Xbox 360 slim, they have to run a lottery to see who gets the chance to get the first wave of Xbox 360 slims. So kiss any chance of Sony catching MS this generation goodbye. Last place looks good on those guys though.
I enjoyed the conference from start to finish, I haven't been disappointed in the least. Great job!

I haven't seen a post reflect a person's name on here for a long time. Thanks for the laugh!

lmao. Oh Crapgamer. Your name does all the justice I need in this comment. Enjoy playing Modern Warfare 2 for the next year.

Your Mum and Dad are siblings.

you are like the drunk guy trying to prove to everyone he's sober...but keeps falling on his face.

Sony and Nin this year

See Microsoft? Even God has to shake is head and facepalm at the Nonsense that was Your conference/

From what every says about Microsofts press conference good thing I slept through it.

lmao..it was truly bad. Kinetic this, kinetic that.

With a higher price point, no games, and no support for what put you on the map. Wii has Mario, Kinetic has ?

Agree 0Disagree 0
▼✖-+
SPAMInappropriate
Show all comments (70)
The story is too old to be commented.
30°

20 Years Ago, Marvel vs Capcom 2 Delivered a Legendary Crossover

Dead Space vs The Callisto Protocol: So whats the difference?