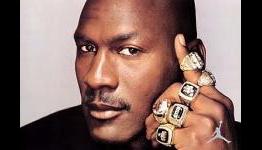 TheGameFanatics: Why NBA 2K Has Won The War Against NBA Elite(Live)

Chris B. of TGF writes:

"Licensed sports video games in the last decade have always been walking the line of trying to become more and more realistic, while keeping the gameplay as fresh and exciting as one see’s when watching the real thing on television or in person. In general the genre has been dominated by two publishers but as of late in the last few years has been strong armed by one in particular."

I love the idea of playing as Jordan but how will it work? Is he just going to be on a retro team and maybe some mini-games? I'm buying the game regardless because I haven't bought it since 2k8 and I need my TYREKE EVANS ROTY GO KINGS!!!!!!!!

Even since the ps2 days when NBA 2k was only 40 bucks compared to 50 for live.

it won't be because of Jordan. He is about 10 years late. Maybe he shouldn't, along with Barkley, kept themselves out of the early versions of live when they were playing because they felt they should have get more money than everyone else. If anything, I might not buy this game because it has Jordan. While I know he is the greatest ever, and I loved him when he played, I hated how we couldn't play as him when he was at his peek, so now, F him. I got tired of playing as number 99 on the bulls that had perfect stats because he felt he and Barkley were bigger than the game.

NBA 2K series has been winning that war for quite a while now. Quite a while.

To hell with the Lakers. I am so sick of Lakers fans.

with all those 6 rings, now...i wonder what would bill Russell look like trying to that with his 11 rings?

If you do read it. As for playing as Jordan, only time will tell. We will see it at E3! Big deal if you ask me...at least for sports fans. Those who thinks basketball or any other sport game is boring, wouldn't care for it...

Can 2K keep up with the DEMAND?

Like most of the posts, NBA Live or Elite or whatever they want to call themselves, has never been able to compete with 2K.

when NFL 2K series was around. It is such a shame that such a crappy dev has a monopoly on football.

I think the Madden exclusive license expires in 2012. I'd really like to see 2K step it up and take away the NFL gaming crown again.

I just wish the 2k team would iron out all the misc. bugs and kinks that are present at launch every year before they actually release it. More time spent on that and less on a "legends" game mode, that most 2k players prob won't use, would be more appreciated, at least from me.

Took over really when PS3/360 released. NBA 2k6 and NBA Live 2006 were pretty even in gameplay but then Live cost 50 and 2k was like 20-40 bucks. Then EA made a mistake with no nba live 2007 and they couldnt get the realism of the NBA into live and 2k just ran off with it and once you have a sport game become majority supported nothing you can really do about it.

The madden series is an entire different story I think that the pressure to always try to add something new and different crippled madden. People say EA is milking it or w/e but the same ppl saying they milking it are the reasons its terrible now. Madden 2003-2007 on PS2 were the best maddens and they haven't made 1 decent Madden on the PS3/360 at all. Also you cant milk a sports game ppl...

2k has always been much better gameplay wise...