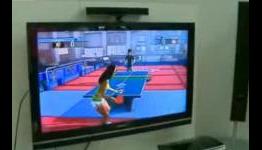 Another video of PlayStation Move, showing some more gameplay footage, has been emerged.

Adhttps://store.steampowered.com/app/1488200/Symphony_of_War_The_Nephilim_Saga/?utm_source=n4g&utm_medium=native&utm_campaign=sow_n4g_native&utm_content=png
- Comments (100)+ Comments (100)
TopNewestOldest
Expand all
The story is too old to be commented.

Footage of that would be amazing! 8 more days!

Ape escape is the only game I wanna play with move. Make it happen Sony.

According to my RE4 expirience on Wii, the RE5 with Move should also be fun.

But I too think Ape Escape will show the true potential of Move.

This video looked exactly like Wii, not even joking and not trying to be a Wii fanboy and PS3 hater, PS3 is my only console.

do i have to buy a new one

I think the camera had a center channel speaker behing it. I though it was huge when I first saw it also.

I would have better appreciated that video it they actually had gamers using it. Those two looked looked like babies sticking their heads out of the womb for the first time.

They did the move no justice.

What I like about move is the fact its compatible with more controllers you can use in conjunction with sub controller, another MOVE controller or a dual shock. You can do whichever makes you feel most comfortable which is great..

Yes wii owners have had classic pro for ages now where have u been m8 the classic pro as far as capcom are concerned is the best pad on the market as well as greyhound the dev that makes pro evo for wii said the classic pro is far better than 360/ps3 dual shock ect so wii has the best controls for traditional and motion fact i havnt seen anything that looks even close to what wiisports bowling was and tennis and that was 2006 Nintendo have a wiicam on the way a vitality sensor and a 3DS i wonder who will steal the show.

I also want to play RTS games with Move. Man this thing's potential is amazing. Any kind of shooters, RTS's, RPG's, platformers can be played with it. Can't wait to see more at E3.

Never thought of that with Move playing a rts with it using the move as a pointer etc... but then again will still need a keyboard and a mouse might just feel more comfortable. Will be interesting to try though still waiting for blizzard to finally bend over and bring their games to PS3. SONY MAKE IT HAPPEN!!!

you know what. up until reading your reply, i just wanted move and natal to die horrible deaths. but thinking about playing an RTS with move has just raised my interest 100x.

i'm now going to keep my eyes on move alot more now. i think this does indeed have potential

...I just thought about using Move for RTS and I think that would be awesome.

Just go and watch that RTS/FPS hybrid games' demo with Move in E3. You'll remember how awesome it is.

I remember the Ape escape for ps1. So much fun =)

Sony hasn't shown a live demo of the ping pong game yet. This is the first time we got to see it being played.

It has been officially announced, I think.

yes those girls were amazed!!

i hope that sony shows some shooters at E3. imagine playing Among thieves with MOVE.

whats with the natal camera on top.have sony sold it to ms lol.

PSEye is Not Present!?

It is the PS eye but there is a speaker behind it.
Look closer lol.

it is on top of the TV, and that black bar, is a speaker for the surround sound

i noticed that too is that a different pseye? or will move use the standard pseye camera

The footage is awful. They should shoot from the back of a person, so I can see the resemblance between Move movements and reactions on screen. AND NOT like that - first we show the screen, then switch over to show a girl with a Move. The first video is somehow confusing - two girls are playing simultaneously in a one person bow-shooting game. I suppose it was the girl from the left (and not the one in the front right) that was actually playing.

They should hire a professional cameraman to take a vid.

The only thing that I got from video is that Move has plenty of casual mini games (I suppose they would be bundled with Move and subcontroller).

But I will buy Move for RE5, LBP2, Ape Escape and maybe for SOCOM (not a huge fan of shooters, but with Move it should be fun).

Still RE5 is on the top of ur list lol. Isn't that a shooter? Or am I missing something?

They showed that their was barely any delay with her holding it while she was on screen. Look when she was playing volleyball.

Yes, it's complicated. ))) .
Technically RE5 is action-adventure and not a pure shooter. But because of too much action and too little of classic RE features, I still didn't buy it and didn't play it (a friend of mine showed me a couple hours of gameplay). Anyway, RE5 still have enough of adventure component not to be a straight TPS (you can't even run, while shooting).
I'm going to buy RE5 mainly because of Move (I played RE4 on Wii and liked it). Other way, I don't really interested in what Capcom done with franchise in RE5.

it would be SO AWSOME to use your home avatar for these demos/mini game things...

Can someone explain to me whats so amazing in this video? They showed sh!t.... I've seen more on other video's.

People are actually playing games and not trying to fend off a swarm of bees?

You sir just gave me a good morning laugh.

so besides the fact that you hate MS and the 360...why is this amazing..it isn't. But you won't ever admit it.

pls stop to APPROVE this kind of news from videogameszone.de !

pls stop to APPROVE this kind of news from videogameszone.de !

Its just those same dippy tarts that really don't want to be there.

I was thinking the same damn thing @ danfry LoL these chicks look like they are having waaay less fun than they were told they would be having with the Move. Or they really just look like they want their money for this vid shoot so they can be out!! What Sony needs to do is sit some children down with the Move! That's where the real test begins if you ask me. Parents are only gonna get their children something that will occupy them or hold their attentions for a nice period of time (the Wii did that... for a while) The question is will the Move be worth these parent's time and money to do it all over again.

How is this amazing??? Fanboys tend to go along with each other and hype up the weirdest situations lmao!!!

Now this is amazing http://www.youtube.com/watc...

Im buying this for my PC!!

It's not that I think Move will be rubbish, just that I want to see more "real" games using the platform.

I expect these sort of games, but I won't buy them. I'm looking for Move support in hardcore games too.

Although I can't wait for Heavy Rain and Move and want more games like those from Sony, I want to see what 3rd parties have for us. I'd like to see Enslaved incorporate Move for its "leash" somehow.

Move should be an optional control for all 1st and 3rd party shooters. Plus motion control, and Move in particular could spur interest in console RTS. Maybe another in the End War series.

what people will do to get hits just by adding the word amazing to something everyone has already seen before. lol

Come to think of it, who ripped off whom?

Wow that video is amazing. I want Move so bad...

Bring on Ape Escape at launch and I will buy Move at launch.

i know another way she can use the move controller if you know what i mean =).... flashlights.. in case it gets dark

its just nice to see now precise it is =D but that aside...meh =(

I'm excited for Move for this reason alone........
I like the Wii for casual gaming. Move looks basically like a rip off of Wii with slightly better controls and HD graphics.
So its basically a next gen Wii. Which is fine with me.

Read up on the move before talking, you will find its a lot different

I bet half of the people commenting on this were talking trash about motion control when the Wii came out... even with Wii Motion Plus. I'm even a Sony fanboy and this is embarrassing. Both of them are fun, so the only point in getting this is if you don't already have a Wii.

but i DO love Ape Escape.

i'd get the MOVE for Ape Escape. it's the platforms "killer app" for me. lol.

i've never been huge into SOCOM, although i'm sure SOCOM 4 is going to kick ass (it's already looking great, and the series IS quality; i'm just not big into super realistic, tactical shooters).

there's just something about whacking those pesky monkeys over the head with your club that's so damn enjoyable.

the closer it gets, the more excited i'm getting for E3. i meant to go this year, but i forgot to send them all of my papers because i couldn't remember the deadline. lol. ah well. i've already been, and it's great, but man oh man is it an ordeal. without a good pair of walking shoes (and maybe even some nice ear plugs to drown out the always obnoxious Activision booth music/band/"celeb" they have performing there), E3 is brutal. it IS really awesome to be able to see and play the games before they release.

i remember playing Heavenly Sword, and Warhawk, and Untold Legends before the PS3 launched, and seeing the Heavy Rain casting demo up close and personal. i went with three other friends, and it was a great time. in later E3's i went primarily by myself, but still managed to bump into a few friends anyway. i missed last year's E3 (they didn't send me my confirmation in time, despite a few of my co-workers getting theirs).

i don't mind following the coverage from the comfort of my home, though.

amazing,not exactly. Ill wait for e3 to see what they really do with it though.