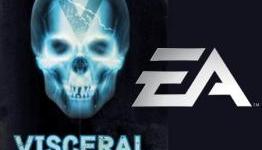 Rumor: Visceral Games working on a new IP and another Dead Space title?

Rely on Horror writes: "Visceral Games is a dev team with a positive future, they already have two IP's in the form of Dead Space and Dante's Inferno. The former being a gift to those survival horror genre fans aching after Resident Evil 5's action packed campaign. And the latter being what many like to call a God of War clone, but regardless of this, Visceral is doing good. And how can we forget to mention Dead Space 2 looming in the horizon, aimed for a late 2010/early 2011 release. This leads to a crucial question: What's next? We know Dead Space is going to be met with sequels galore and spin offs as well, and for all we know Dante's Inferno could receive the same treatment. But is there room for a new IP in Visceral's arsenal? Maybe this will shed some light."

one of my fav devs this gen...

Very true, loved dead space, tried the dante infernos demo and thought it was pretty cool too, but theres just too many games. I can't wait for DS2 though

Edit: lol what the hell? I have 1 bubble? For God's sake the bubble system on this site is complete garbage now. I make a few jokes that nerds and fanboys can't relate to, and my bubbles instantly disappear. I know exactly why too. They look at my comments, and then look at my name and get all butt hurt. "OH Major Jack Hoff huh? Yeah well that guy is just a big jerk!"

Excited to see their new game too. I hope its dead space 3(not some crappy wii game)LOL.

Dead Space was a cool game & I think the sequel should be good too. So I think what ever they work on next should also be a good game.

hmmmm....i really like dead space. i'm really excited for the sequel. but don't dip into the well again so quickly.

there was a rumor that visceral plan to create an ip based on jack the ripper. it could be that.

EA needs to make the next big rugby game

'Kids should not be spending in FIFA full stop,' says EA