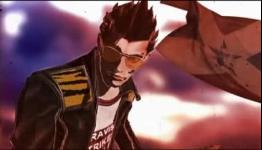 The most recent offering, entitled Bizarre Jerry 5; Travis’s Favourite T.V. Show, features a montage of scenes from a television program starring 5 Japanese anime school girls with seemingly less than boring lives. The girls transform and appear to possess superpowers. At the end of the clip, Travis Touchdown is shown to get up from his chair where he has been watching the television before walking out of the room suggesting that players can direct Travis to watch the show during the game.

Review: Once more into the garden of madness in No More Heroes and its sequel on PC - Entertainium

No More Heroes 1 and 2 Are Incredibly Basic on PC