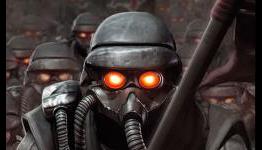 Unannounced PS3 exclusives that may appear at E3 2010

Five unannounced yet heavily-rumored Playstation 3 exclusive games that may appear at this year’s Electronic Entertainment Expo.

Adhttps://store.steampowered.com/app/1488200/Symphony_of_War_The_Nephilim_Saga/?utm_source=n4g&utm_medium=native&utm_campaign=sow_n4g_native&utm_content=png
- Comments (102)+ Comments (102)
TopNewestOldest
Expand all
The story is too old to be commented.
SKCShifty4586d ago

Looking incredibly forward to Infamous 2 and Resistance 3. Anything else is welcome of course.

I'm keeping an eye out for PJM2 and Savage Moon2. I can't believe Q Games put out a PJS2 b4 PJM. Crazy. I'd like to see the sale figures on both for sure lol

Uncharted 3 might turn up, after the second game in the series ND usually churn out a game a year because they basically use the same engine, see Crash 2-3 and Jak 2-3-X.

Arguably, Uncharted 3 isn't really needed because of the multiplayer of U2. So, it makes one think that if ND keep the usual development schedule, we may be in for some kind of game this year.

i would love an uncharted 3 and demons souls 2.

i killed the dragon god... but got so frustrated and went on a rampage in the nexus. needless to say i had to make a new character

But... the Dragon God was ridiculously easy...

and a release date for gt5

give me confirmation of those, and i would be very happy indeed.

oops i got a disagree. perhaps im lying and am hoping for different games from sony

You guys are forgetting Agent! I want some real preview on that already!

from the sound of all this Agent will become another classic gaming franchise. seems like they are really going to go all out with the ps3 to make the game they always wanted to make.

"Agent takes players on a paranoid journey into the world of counter-intelligence, espionage and political assassinations during the height of the Cold War at the end of the 1970s."

"Ben Feder, president of Rockstar parent Take-Two Interactive, believes the game could achieve the same level of success, given that its development is being overseen by Rockstar Games founders Sam and Dan Houser"

"Sony will offer the same kind of support that made Grand Theft Auto III, Grand Theft Auto: Vice City, and Grand Theft Auto: San Andreas--all initially PlayStation 2 exclusives--three of the top 10 selling games of all time. Said Feder, "At this phase in the cycle, when you're trying to launch a new franchise, exclusivity can really help you launch the franchise. It can give you the kind of platform that you need to start exclusive, start in the right kind of way with the right kind of partner. Exclusivity does work."

"Their console is a terrific platform to be developing for, and Agent is a great testament as to our belief in what that platform can do, and what they can do with us as part of a partnership."

"We have always enjoyed making action games, and with Agent we are making what we believe will be the ultimate action game,"

"Agent is a game we have wanted to make for a long time. The team in Edinburgh is doing an amazing job combining intense action, atmosphere and story in a great period setting to create something that feels quite unique. We cannot wait for people to experience this game."

ONLY reason I bought my " fat Elvis " PS3...KZ...Played the first one, thought it was underrated...died under the Halo hype back in those days...KZ 2 Easily the best graphics on PS3...Was NOT a big fan of KZ2 gameplay but I think KZ3 could change all that...I hope anyways...It better come out this yr...LBP2 and KZ...Fingers crossed for some in game stuff at E3....

Not too big of a fan of the Resistance series myself but I'd certainly love Uncharted 3, inFamous 2 and Killzone 3.

they could show UC3 it doesn't mean they have to release it next year.

I think its too soon for Uncharted 3, the longer they have to develop the game, the better it will be so I say 2011-12 release on the next 1.

I actually wouldnt mind a different game from them, I'd still love Uncharted 3, but would wait an extra couple of years if it meant playing something totally new and fresh from the best dev team around!

This E3 will be so Awesome, I'm totally Sure Sony will Announce loads Of Exclusives Sequels + New Info about New Games like Agent + The Last Guardian

I can guess at a few and reckon we should see the def in production SF5 PS3 announced in some form at E3 for one thing but does anyone have a clue what the boys and girls at Incognito are now up to? I can't even hazard a guess ! It isn't the Warhawk sequel(Starhawk??)'cos that's being done by DJ at Lightbox and it isn't the previously mooted Hardware game by all accounts as they scrapped it(IIRC)but with Warhawk and it's DLC a distant memory and it's team largely gone with Jobe anyway I have to say I'm totally kin the dark with this one. Usually there's a whisper or two, a sequel that's obvious etc but I've not heard a thing about their current projects.

Any theories would be greatly appreciated, so does anyone know? Be nice to have one of the NC studio Insom rumours confirmed as well! Fact is, should they wish to Sony could reveal a shedload of unannounced projects at e3 but with only an hour and games we already know about there's only a chance of a couple of real newies so it's total guess time!

As usual they forget to mention Motorstorm 3 which is much more likely to show up then both Starhawk and Twisted Metal.

they forgot to put kingdom hearts 3 though. its possible.

Infamous 2,Resistance 3,Killzone 3 are guaranteed with likely footage of Agent. It's the unannounced stuff that has me curious. Lol Sony is spoiling us PS3 owners :D

I need to finish Infamous 1, i just got to the second level and connected the bridge.

seriously how are those games milked...? as if they have televison series, and comic books and its there 7th sequel.. your comment is fail..

I will take Infamous 2 and Killzone 3 thank you very much please!

if they kill Rico and give the game a dam ending plus fix some of the online problems 2 had then i would care for the next killzone. infamous 2 would be a must. also david jaffy is an ass and he made me not care avout twisted metal on ps3

And The Legend of Dragoon 2 perhaps?

Ok, now that KZ3 is coming and Infamous 2.

I hope Infamous 2 implement any Coop or Multiplayer mode.

And KZ3 more variety of weapons and bigger maps. And maybe a Coop Mode too.

I'm sure KZ3 will raise the bar again. GG now they have experience to develop on PS3 architecture, will be more breathtaking than the 2nd one.

Sucker Punch is missing a fantastic opprtunity to make infamous series as hot as possible, and i would be dissapointed

KZ3, Twisted Metal and Resistance 3. That alone is good enough for me.

How is Infamous 2 on the list yet Motorstorm 3 is missing?

of the titles cause it was kinda already announced with the website...but I'm glad it will be shown hopefully.

Zone of Enders would be good.

I can't help but think Sony is preparing for the biggest conference ever, at the very least until they announce the Ps4 sometime in the next two or three years.

uncharted 3 being announced would win E3 for me

From 3D to PSP to PS3 to PSN to Move...Sony is going to have a great E3 showing imo.

I know I am excited for killzone 3 in this e3. I loved every minute of killzone 2. F*ck the haters. They are a bunch of noobs who cant play it because the controls are not like CoD/Halo. I just hope they stick with the K2 weight feel. I though it made the game more realistic.

For Sony exclusives, Id like to see in some form, inFAMOUS 2, KZ3, Agent, The Last Guardian, and a new Twisted Metal. Of course Uncharted 3 would be amazing but its too early.

and a cherry lucozade

I'd like it if they announce a triple A title that doesn't belong to previous franchises.

that isnt a shooter and i think SONY wins!

Lol I am guessing you are talking about those TIMED exclusives they pride themselves on? That list there would make me really happy to see those games drop soon. I would most likely just buy around 6 of them such as Agent, KZ3, LBP2, TLG, Infamous2, Final Fantasy Verses(maybe), and GT5. I have never really been a fan of the others. Resistance: FOM was great loved it but did not like the second at all. Never really got into Socom or Motorstorm.

They have to show somthing! All I need from E3 is some Trico. Screw everthing else! I've been waiting for this since ICO. And I'm still waiting, very impatiently I might add, for Quadico, Quintico, Sexico, and Septico!

Give us Demon's Souls 2. C'mon Sony, Publish the sequel, you know it makes sense.

Motorstorm 3 seems likely for E3 (or pre-E3 even)

Congrats on losing your N4G virginity, it all goes downhill from there.

Please, run, run away before you're sucked into this hateful site for good. I wanna leave but im addicted, its too late for me.
Man I hate you guys...*sigh*

Be warned this site is like crack. Been here for 4 YEARS, and its been one crazy 4 years. Bubbles for first post.

and i'll die and go to heaven

Then you wont get to play Infamous 2 and KZ3.

If all these games come out this year Microsoft and Nintendo better just pack up and go home, cause it's over

That's all I'm saying. I want that game so bad. My top anticipated games right now are Twisted Metal, Starhawk (or whatever Warhawks successor will be), Final Fantasy 13 Versus, and War of the Monsters. The last one I don't think will ever happen, but to this day it remains as one of my favorite multiplayer games on the PS2 that would make for an absolute wonderful PS3 itteration that would be both a blast to play and totally unique from ANY other multiplayer experience out there right now.

I'll be good as long they reveal Killzone 3, Motorstorm 3 and the release dates for GT5 and SOCOM 4.

this no one metioned 8 days eyeidentify the getaway 3

Sony halted work on Eight Days and The Getaway 3 so that's why nobody is mentioning those. They may be resurrected , but there's not much to go on at the moment.And Eyedentify is likely vaporware.

inFAMOUS 2, Killzone 3, Resistance 3, Starhawk, and (I can't believe no one has mentioned) a true Syphon Filter 4 would be amazing.

Uncharted 3 teaser would blow EVERYONE away.