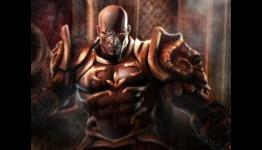 The 2010 Game of the Year Contenders

PSE.com: Even though we're not nearly halfway through the year, 2010 has seen its share of fantastic titles across all platforms. Now, it’s time for gamers to put their money where their mouths are and predict their choice for Game of the Year 2010. While we’ve already seen a wealth of great titles, gaming’s biggest season has not yet even descended upon us; with it will come a flood of excellent games ranging from Action titles including Metroid: Other M to FPS's like Halo: Reach and everything in-between. Here are the choices that have impressed us most, and have PlaystationEverything's engines revved for the remainder of 2010.

Adhttps://store.steampowered.com/app/1488200/Symphony_of_War_The_Nephilim_Saga/?utm_source=n4g&utm_medium=native&utm_campaign=sow_n4g_native&utm_content=png
- Comments (96)+ Comments (96)
TopNewestOldest
Expand all
The story is too old to be commented.

Too early to judge GOTY... Too many huge games like RDR, LBP2, Halo, TLG (maybe), Fallout, Rage, Crysis... coming out. I doubt we will have a all GOTY sweeper like UC2 last year.

I am really intrigued by LBP. If it lives up to all it's claim, then it will be really hard to not tag it as GOTY.. It's bringing something new to the table unlike most other 2010 games.

ye, we still have many titles to come, but so far for me GOTY goes to God Of War 3, only above Heavy Rain because it was more fun to play for me (but then Heavy Rain was more tense and interesting).

My main game is Resistance 3, I have always liked the Resistance games and cant wait to see how Insomniac improve on the second (I am thinking of a BIG graphical jump for the 3rd!).

so far...but i agree anyway. not even half way through the year, WAAAY too early to start speculating (especially considering last GoTY came out in the end of 2009

yeah, but thats what usually happens... all the games that get released early in the year get overshadowed by our short attention span and new releases....

although uncharted more than deserved it last year.

and to cez, really? splinter cell? i only played the demo and well.... zzzzzz

GOW 3 so far, but you know never know by the end of the year.
Everybody already forgot about Bayonetta too.

On topic - This article is quite stupid as it is way too early as we have yet to experience half of this years goodies and he mentions Splinter Cell, MLB10: The Show & Heavy Rain (which I doubt will win despite being good) but leaves out Alan Wake...Secondly we migh get a couple of surprises that haven't even been announced yet so it's just such a pointless article... One things for sure though this year is f***ing epic! And I thought last year was mind blowing.

LBP already won a couple GOTY awards, LBP2 probably will not only due to the fact that its the second one and only a few things were added. That is what reviewers will probably say. Bastards.

More than just a few things were added. They have added an insane amount of new stuff. Look up some details on it, bud.

Halo Reach is shaping up to be the best Halo ever created but of course, it's not in this list. (And Dead Rising 2 is lmfao)

Thats because this is a list for the best games of the year, not the best halo game ever. Maybe you should find yourself a new list.

Crappy list, where is Medal of Honor, Crysis 2, Call of Duty: Black Ops, Halo Reach, Bad Company 2, and BioShock 2? Surely arguments can be made for all of these games being the best of year (in the case of the unreleased games, past games in the series' give a hint at the expected quality, all should be very high)?

Unfortunately, I worry that by the end of the year Mass Effect 2 and God of War 3 will be overlooked.

GOTY is almost always given to second half of the year games.

it's probably more common than not to overlook games released early.

I agree. God of War 3 and Mass Effect 2 were definitely released a bit to early in the year. And now, we have all of these games coming out that unfortunately, I too think ME2 and GOW3 will be overlooked. Hopefully gaming sites and award shows don't overlook them.. Because ME2 and GOW3 are by FAR, the best contenders of GOTY.

Cez of rage has been advertising Alan Wake all over N4G. I think he should take that game's dick out of his mouth and accept the fact that God of War III and Mass Effect 2 are far superior to Alan Wake in every way.

so GOTY goes to LBP2 then lol, that will hurt, but I want either HR or GOW III to get it:(:(

I agree with Mass Effect 2 so far.

I seem to remember last year people were saying that if the highest rated game didn't win GOTY, the voters must be biased.

and i remember people saying sites weren't biased if the highest rated game didn't get goty.

I'm going with LBP 2, because That has Innovation and Gives something to every kind of player.

1. Great Graphics.
2. Play many different kinds of games.
3. Can create Games, Music Videos and Movies.
4. Has a new website coming out that shows any game you made and allows anyone to look for games.

Also, I Know LBP 2 will be at least as good as the last one which won many awards.

Right now this is what I think, but It's still early.

god of war 3 and mass effect 2 are good picks,looks like halo reach can get up their.but the others not so much

I belive that LBP will be the GOTY this year....

then its a wrap me and my girl love that game

face to face (ace to ace)

What about ALAN WAKE?

It was a good game but I don't see it being a contender for "Game of the Year". Well, on major websites anyway. Of course it could always be your personal Game of the Year.

Alan Wake should receive as much consideration as Heavy Rain.

Both are original games, and have received nearly the same critical acclaim.

Each will receive some votes from various outlets, but so far Mass Effect 2 is the clear leader.

87(based on 106 rviews) and 84(based on 51 reviews) aren't nearly the same when it comes to averages. HR was much more critically acclaimed then AW plus it is far more impressive technically and is much more original

If Alan Wake came out a few years ago It may of had a chance.

Mentioning Red Dead Redemption and ignoring GoWIII and ME2 is confusing as you have only mentioned games you have yet to play...hmm.

that it wont be god of war 3, you cant be giving praise to devellopers for not bringing innovation in a game from last gen and with the worst story in all the games(including chains of olympus)...just no

if he does a good job and delivers, the dev deserves ALL the praise

it's the worst of the series, they didnt even deliver on all the promises they made, we fought one titan and it wasnt moving real time, it changed positions once in a while and the game would cut to a little animation

now shadow of the colossus that was real time titan battles, not gow3

I've played em all, and God of War III is the premier hack-and-slash game of all time. Your hatred falls flat.

If that was the case then Halo, Gears and Left4Dead should be permanently taken out of the GOTY list forever

not arguing about that

That means that almost every single game made in this generation shouldn't receive praise. Pretty much every game is a copy of something else these days.

will be GOTY. I am not a Nintendo fan but that game has '98 on Metacritic' written all over it. Too bad it's on an irrelevant console.( for sites such as N4G and others where Wiiphiles don't congregate)

Zelda could win aswell and the new Metroid looks pretty solid at this time.

If edge gave it 100 it's serious competition.

Galaxy 2 is no doubt a contender..

the thing is,we don't have a one event thing like the oscars to decide which game will be goty.and unlike last year,this year we have many great contenders.plus every site will have its own contenders and in each site almost any game with 9/10 score and above will be a goty contender in that site so there isn't really a point discussing this.lets just wait for the end of the year and enjoy the show ;)

Well, we actually have the AIAS, the Academy of Interactive Arts and Sciences.

Since its inception in 1996 the Academy of Interactive Arts & Sciences has relied on the leadership and direction of its board of directors. These men and women, all leaders of the interactive software industry, have volunteered their time and resources to help the Academy advance its mission of promoting awareness of the art and science of interactive games and entertainment. Each director has lent his or her talent and prestige to the common concerns of the interactive entertainment industry.

The Academy's Board of Directors is composed of the following industry leaders representing Sony, EA, Nintendo, Microsoft, THQ, and Ubisoft as well as the independent development community.

ACADEMY'S BOARD OF DIRECTORS

Dead rising 2? the first was a good game but not goty contender and the second isn't looking anything more special imo.

way to early tbh but some other possibles:

Halo:Reach - should be standard halo tbh so would be surprising not to see it as a contender.

Fallout:New vegas - F3 was a contender and this should be a strong game

Call of Duty:Black ops - COD pretty much always gets nominated tbh and usually wins/comes in close second (even if it is treyarch this year)

edit: i just noticed there is actually a page 2 lol but it doesn't seem to be working for me so some of the games i mentioned could appear there?

Page 2 Works For Me, anyone else having that problem?

On a side-note: I just reserved it in full.

EDIT: Curse PSE and it's hidden "Proceed to page 2" link.

Still, I reserved it. IN FULL. Woo!

the nominees will be

For me its gonna be GT5

For games that are currently out I would say either GoW3, Heaver Rain, or ME2.

Love 3D Dot Game Heroes! I made a Mario character, link from Zelda and a pirahna plant coming out of a pipe from Mario.

this is a great game of the year list and even though i haven't played ever game cause i don't own them or they aren't out yet. i do have some though and i think this most unbiased g.o.t.y. list i ever seen and each game has good reason to be there. i hope someday we just enjoy these great games from different systems and realise how great us gamers have it and not care who's system sells the most or which is thought to be the best!

Those games have no chance of being released in 2010.

That's stupid. Half of these haven't even been played yet.

Pretty good chance it's gonna be a PS3 exclusive.

A lot of great games out this year

My personal GOTY will probably end up being Fable 3... or Portal 2.... or Fallout: New Vegas... or Read Dead Redemption.. or Assassins Creed: Brotherhood..... or Batman: Arkham Asylum 2.... or LittleBigPlanet 2

Sh*t theres a lot of games out this year..

Can we please list games that we have played. I believe God of war 3 might get it but I do have a feeling that when little big planet 2 gets released all hell will break loose.

but you know how the media is about halo it will probably get GOTY even though it will not be the best.