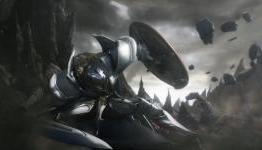 White Knight Chronicles 2 might be between Sony's cards at E3

Despite a mild critical reception and quite slow sales of the first chapter of the White Knight Chornicles saga, Sony never stopped to support the game, continually updating it and even adding free weekly quests for the fans to enjoy.

This definitely seems to indicate that Sony doesn't consider the franchise a failure, and alongside the slew of news we saw in the past couple months, they seem to want to capitalize on it further.

The timing would be perfect to use White Knight Chronicles 2 as a playing card between Sony's hand at E3.

I just hope Sony and/or Level 5 is faster at localizing WKC2 than they were with the first one.

I definitely couldn't agree more. But I do think that they learned their lesson the first time around. Or at least I hope so.

Apparently they're going to include a version of WKC with the improvements they make in the second on the same disk. So it should be well worth picking up as long as they fix the problems it had.

LOL nah, this game wont be at Sonys press, it sucks to much to be there. First one sucked and no one cares for another sucky game. I am sure sony will spend time on great games, not bad games.

it wasnt a bad game
it just wasnt the best game

It was a great game, just not the best.

Please try to understand you don't represent everyone.

There are a lot of people that still play the game and for a very good reason.

I hope it's at the conference..
just to piss off ignorant peeps =p

But does that mean there wont be more of them with different characters? Different stories?

Might mean that there will only be 2, or that there'll be multiple. They didn't specify. Personally I think they're going to bet everything on this second chapter. If it goes well, then there will be more. If it doesn't, then no reason to go on. Seems the wisest course of action to me.

Hope that the next one, if there is one, has a more rational design.

I like the Knight and all, but the world itself doesn't generate the sense of a culture have to co-exist with giant monsters.

that's because we didn't went that far ( we missed a lot of areas they only speak of in cut scenes or talk..)

sony just needs to buy Level 5, then they'll have probably one of the best RPG game makers around

Sony doesn't have faith on the frachice anymore. That's why they cancelled the trilogy...

Yea, they needed at least another year it would seem. The combat system felt WAY too clunky... I originally thought it would be better than FF XIII's. After playing FF XIII though, they nailed that action rpg feel. But hopefully that means WKC2 is A LOT better than the first.

If i was Sony, i would try the best i can to hide this game is coming for my system

The first was absolute rubbish. Those guys need to revisit their old series'