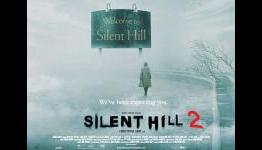 Sweet! I really liked the first one

Agreed, its one of my favorite games-to-film movies. They filmed the last one not far from where I live, I wonder if they are going to use the same location again.

gotta agree with you. I loved the first film, probably one of the best game to film adaptations in my humble opinion.

like the first one... it wasn't great but as compare to other games to movie adaption it was really good..

Agreed. The first Silent Hill was a very solid film for being based on a video game.

Yeah the first one was really solid.

I didn't like the first one so much but it had some great moments.

Apparently my post lagged... didn't see the first one show up so I posted again. Oh well.

Agreed, I've been waiting on this announcement for a while :D

I liked it all the way up untill Cybil died, she was well hot

Ye I think the first silent hill was one of the only movies that actually felt like the game, the music/atmosphere etc was great.

Hoping the second film improves on the first (I thought the first film was a little confusing).

Edit: Nooo where are my bubbles!?!?! it took like years to build them up haha :((

Its OK, everyone is in the same boat with the bubbles. I gave you one just 'cause. :)

On topic: loved the soundtrack of the first movie too!

haha thanks :D bubbles to you too

I bought the original Silent Hill on DVD and have yet to watch it.

If you liked the game, you shouldnt be dissapointed.

I was given this move from my brother, who watched it, couldn't stand to keep it, and passed it on to me as a joke gift of sorts.

I thought it was mediocre, at best, for a movie.

Silent Hill Rules! (what are they?)

Silent hill is one of the best video game to movie i have see, can't wait for it.

One of the few videogame based movies that wasn't all that bad, might watch it again, hopefully they will not lose momentum with the sequel.

the first one was ok ,let see what other ideas they can bring

the first one was good!

although yet again, it had no reason to add Pyramid head. But I guess he is an icon of the franchise.

Wonder if the 2nd movie will take after the game.

I'd be satisfied if they just replicated the story from the 2nd game to be honest.

I wonder if the 2nd one will contain the monster rape scene... I doubt it.

Personally, I really liked the first one and thought it hit the stride for the series, but we all know what happens to most sequels. Choke time! Hope this one does not....

The first one was pretty good, i liked the atmosphere and that creepy siren :)

I own the first on DVD. Good video game movie.

They had better not screw this up, the first film was an awesome adaptation, but I would have liked more Sean Bean as hes a talented actor. I hope he'll be in the second film trying to find out what happened to Sharon and Rose.

I'd rather them do a direct adaptation of SH 2. Dead wife writes a letter, and James goes and searches for her. There's so many iconic scenes in the whole game that if they just use them, and use them correctly, they could have a masterpiece of a movie. Just like the game was a masterpiece.

But, it may be a little too tricky. A lot of it was the feeling you got controlling James.. If you just watch him run around SH without having that sense of control and connection to him, it won't work as well. However, I doubt anyone expects it to be perfect.

I hope there is a more corridor-like feel to the movie. SH was all about being in closed places, looking for clues to find items, in which would eventually lead you to the next area/boss/area.

I wouldn't mind a pure adaptation to SH2 game, with some things changed for realism.

The siren in the movie gave me shivers.. & Silent Hill 2 is even greater of a source for a movie, I just hope they can nail the atmosphere. I highly doubt it's possible to make any SH fan truly happy, though.. There will always be some cause for distress. Goooood luck to them.

I Loved the first one, I Just didn't like the police woman, she seemed to fake and out of place, like a last minute thing they added.

I Hope the 2nd one has more freakness to, It'll be a good movie.

with the first movie was including Pyramid Head (whom i always thought was tied to James and his torment, not a general Silent Hill baddy), and swapping out Harry for Rose.

not that Rose was bad or anything, just that it would have been interesting to see the story of a father going to great lengths for his daughter, which we rarely, if ever get in movies.

also, i think Sean Bean is a dead ringer for James, and should have been cast in that role for a potential Silent Hill 2 movie. James had possibly one of the BEST stories in the entire SH series, and Sean Bean is a fantastic actor. his character of Christopher in the Silent Hill movie was wasted, i think.

overall though, i really enjoyed the movie, and thought it was one of the best video game to movie adaptations out there. they really nailed the tone and atmosphere of the games, and the music is still some of the best in the industry.

They need to preform the things in the games in a relevant manner. Not just shoehorn things in there and change what the series is about.

Like what they did with Pyramid Head. Plus, the siren is supposed to be of supernatural phenomena, not a bunch of scared religious freaks popping a warning to run to the church.

The siren is supposed to be derived from Alessa Gillespie, during the time when she was burned. The siren from the authorities, probably the Fire truck/Ambulance.
It signaled the transition into the alternate world, probably by her will.

I enjoyed the atmosphere of the first one but that was about it... But seeing Pyramid Head in the first film was pretty cool.

That's good news I like the first the only thing I didn't like so much was that the main char was a woman.. in every SH we have a father-figure or a husband-figure I prefer it to stay that way.. oh well the movie was good tho cant w8 to see the 2nd :)

Horror movies are terrible these days; I'm looking forward to SH2; the first was actually one of the better horror movies around.

silent hill was a good game franchise to film, the same goes for resident evil imo. not many games to film work well ie: doom

The first one was graphically sweet. The story could have been better but we cant win them all (*cough* 99% of all video game movies *cough*)

I have been waiting for this for a long time.

Silent Hill was one of if not THE best video game movies to date.

The story was a little meh but it captured the feel of Silent Hill perfectly.

But keep in mind it was a budget film; and made them alot of money. They know theres a market and im sure it'll be alot better this time around.

Stop boasting about the length of your game