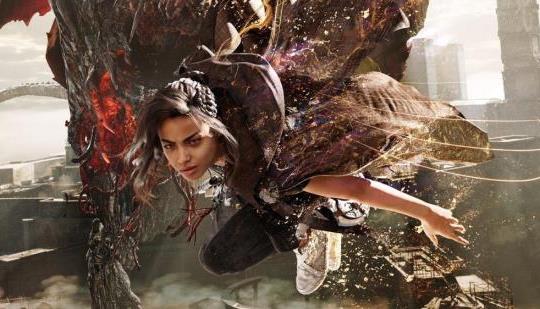 Looking to make the most out of Forspoken? Here are Forspoken's best settings for gameplay, graphics, and more.

I’m playing on 2560 x 1440p locked at 60fps ultra settings RTX settings turned off. Nvidia dlss balanced and the experience has been great. About 2 hours in so more to experience

Curious as to your system. Tough to contextualize performance without specs :-)

But I'm still shocked at how heavy this thing is to run. Given the visuals on offer, it kinda feels like a game that should run well over 60fps @ 1440p without the need for image reconstruction. At least looked better than when I did the demo on PS5 - performance mode drops the native res so low that it is unacceptably blurry for a modern title.

Hopefully everything stays smooth for you! I'm sure I'll give this a shot down the line, but - like most games these days - it'll likely be after some patches & a pretty sizable sale. If your view on things change at all, let us know!

I’ll keep you posted as well, I’m only 5 hours in and things could change 15-20 hours in. But for now I would suggest the game if anyone asked me what my initial thoughts were.

Streaming it earlier I had a rando in my stream and we were talking and enjoying the game first hour. Guy pointed out how there was a bus that almost isekaid her and I died laughing.

Just wondering what GPU are you using?

Just played the demo with QHD, mostly all highest settings , RT settings turned off I think(shadows and the other one I don't remember), Balanced Dlss, and most of the time I have 55 to 77 fps, but I was so annoyed with the talking and I was about to quit the demo, but then I changed the dialog to japanese and oh men!, it make a night and day difference since I don't know a god damn bit of japanese lol, I played the demo for almost more than an hour, so much enjoyable after that change :D

really interesting and grabs my attention that my 3070 it supposed to have 20 tf of powa and my PS5 is about half of that, but still the PS5 managed to pull 120 fps mode in Forspoken! , and it looks stunning as well. Still Forspoken in PC needs some updates.

Forspoken Review - If I Speak, I Am in Big Trouble - RPG Informer