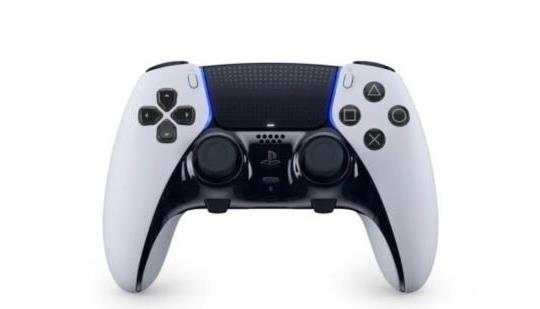 DualSense Edge review - the best controller ever made

It’s not cheap but it does make the best controller of the current generation even better.

Adhttps://store.steampowered.com/app/1488200/Symphony_of_War_The_Nephilim_Saga/?utm_source=n4g&utm_medium=native&utm_campaign=sow_n4g_native&utm_content=png
- Comments (49)+ Comments (49)
TopNewestOldest
Expand all
The story is too old to be commented.

Yeah, people are loving this thing.

I'm thinking PC gamers will be all over this if there's an official patch or some clever folks can work it out. It sounds lovely.

Agreed. I purchased a new Elite Series 2 controller a while back and within the first week the right bumper started squeaking and the A button would randomly stop registering. Ridiculous for a premium controller. Ended up returning it.

As a PC gamer first, I would only use it if it was wireless for PC. I think it has to be wired to use it on a PC

@sonic, if I assume an edge connects the same way as a regular DualSense, you can connect via Bluetooth wirelessly. But if you have PC games that support the cool DualSense features, they don't seem to work unless you hard wire. Also some games need a utility like DS4windows to recognize the controller. All that and you still won't have a native PC utility to change configs like the Elite has. Unless PS does more to support PC gamers, I wouldn't think it would be worth it. If you like the PS layout, a DS4 with back paddle attachment and DS4windows isn't a bad setup

Steam natively supports DS4 and Dualsense along with configs. No need for DS4W.

@MrLogic That is only for games that implement SteamInput. A lot of PC games use DirectInput/XInput, especially if they are releasing on other stores - SteamInput doesn't work outside of Steam.

I'd also like to toss another option out there, if one doesn't mind paying, called reWASD. The basic version of it costs $7, but the amount of customization in that thing is incredible. I'd been aware of it for a while, but finally took the plunge recently and am loving it.

Dang thing is so flexible I've even been able to set up a wireless PS3 Nav Controller & mouse combo for analog movement & mouse precision for FPS games! If you have controllers Steam doesn't natively support, or you want even MORE control, I'd suggest anyone vaguely interested at least download the trial :-)

I'm going to need it to cost a little less, but I'm definitely getting one at some stage.

The only problem is the regular DualSense is already so good, this is not giving me enough extra to justify the price.

crazyCoconuts13d ago (Edited 13d ago )

If I played more multiplayer on my ps5 I'd get it for the back paddles. I think they make a difference because you don't have to move your thumb off the stick.

The amount of customization with profiles & such also seems so great that, even though I also primarily play single player games, I'd also be interested in upgrading if it were at least in $150 range or under. At $200, though, it is a bit of a tough sell personally. Hopefully we get some decent sales not too far down the line.

Yeah to an extent, i think had got a wonky one. Mines since the beginning was super sensitive to the left and now I have stick drift.

Not for that price. For that price, I can buy several games. A regular Sony PS5 DS would suffice for me.

Same. i bought my galactic purple DualSense on sale and I'll do the same for the DualSense Edge. Black Friday, perhaps...

It’s cool, but I hate customization. Just give me the best controller with improvements. Battery improvement would be one option imo

I get maybe not caring for customization, or not personally seeing the value in it, but why do you hate it? Not saying you don't have a reason, just not sure I have heard anyone be so against options before lol.

There are 9 salty people upset over straight facts hahaha

In saying that May get the controller on special though defs won't be buying it at full price thats almost half of a psvr2 for a controller.

The dual sense is already so good this is basically for competitive gamers heavily into the fps scene.

''There are 9 salty people upset over straight facts hahaha''
Nothing new tbh, they've been salty for 20 yrs if you know what I mean and they will continue to be so.

Yea it's happens on both sides to be honest lol

Always makes me laugh when people get salty over straight facts.

That's the internet for ya though

Love the edge this controller has over the competition!

I see what you did there, Slick!

With a grand total of 2 back paddles.

I think it would be nice to have 4 paddles as an option, but honestly I rarely ever use the top two extra buttons on either my Elite 2 or Steam Deck controllers. Again, I think it is better to have 4 as an option - I can always ignore or remove buttons/paddles. But I could also see that perhaps they had the data to back up 2 paddles covers most people. Or something even more benign, like simply not having more room to accommodate extra features in the already packed controller given the limited space.

planning on picking one up myself. I've used the elite 2 on my series x and have been waiting for sony to drop an equivalent for the ps5 and now they have. i really love the haptics and and adaptive triggers on the ps5 so i'm pretty stoked to now how customizable curves and rear buttons.

Say it again after a few months when some parts wear out and eventually it getting drift lol.

the analog sticks are fully replaceable, which makes, stick drift an xbox exclusive

So now we can pay to temporarily fix drift, rather than have them solve it? Great.

I wasn't aware that they were bundling the DualSense Edge with every PS5. Wow, that won't be cheap!

There an opportunity here, Phil - go tell the FTC that Sony's even ahead in controllers and Xbox just can't catch a break. That might swing it in your favour!

Not planning on upgrading at that price plus with worse battery life. I'll be sticking with the stock DualSense.

Probably depends. I've certainly seen some calling it a bad controller for that reason (one clickbaity YouTuber even saying "The worst of all time"). But I think, for the most part, MOST people don't game for more than a few hours at a time. In the same way most people are accustomed to plugging their phone in every night, dropping the Edge on a charger when finished likely isn't a massive imposition to most, and it serves their needs while actively gaming.

I agree that the battery life could/should be better, but I can also see how it wouldn't necessarily be a deal breaker for most people. Perhaps the concern in the long run is how the battery degrades. If in a couple years you lose 30% capacity or something, that could be an issue. For that reason, I wish they made the battery more easily swappable.

Easy, how the controller feels and performs and battery life are 2 different things.

Both things can be true as a controller to use its the best ever made, but the battery life sucks.

Thats like saying a control that feels cheap, shit and uncomfortable to use but because it has the longest battery life that makes its a great controller lol

In terms of its purpose its clearly amazing which is the main point of of an actual controller, people are buying it to get a competitive edge, pun intended lol battery life is secondary.

Neither does saying “Ur” instead of “your”.

My logic makes perfect sense. Why would something that cost more have an inferior feature of something that cost less? The battery life can and will be a deal breaker for a lot of people. Sony is asking a premium price for something that don’t last as long as their own Dual Sense controller. If someone’s logic doesn’t make sense it would be Sony’s. I bought the controller and it’s on its way so don’t think that I’m hating on the controller but I’m also not so far up Sony’s ass that I don’t call them out for their shortcomings…

If the best u can do is pick on my grammar rather than my points then thats tell u everything.

U didn't counter anything I said.

How the controllers feel and performs while playing is why someone would buy this controller that is the most important aspect not the battery.

Unless ur saying a shit controller with a great batter would be better for the market that is buying this???

I admitted the battery life is shocking but like I said it's not the main reason ur buying this.

For reference I'm not even buying this, way to expensive for a controller that basically is only good for competitive fps gaming and the short battery life lol my dual sense battery is bad enough.

My dual sense will serve me just fine, just wanted to point out ur logic again doesn't make sense.

I called out the one shortcoming, while acknowledging all the great, you just decided to focus on the one negative, and ignored all the great which is secondary to buying a completive gaming controller.

I have had my Series 2 Elite Xbox controller for months with no issues and the battery life is insane. I love it, so I was looking for something new for the PS5. I pre-ordered the PDP Victrix PS5 controller, and after it was delayed 3 times, I cancelled, then ordered the Razor Wolverine PS5 controller and returned it as it was missing some key features, so I ordered the Dual Sense Edge direct from Sony and hoping it comes in tomorrow or 1/26/23. Looking forward to this one as it has all the features I was looking for, and the battery life is not an issue since my controllers are on the charge base when not in use and I have no issue plugging and playing via the cord.

Even worse battery life than the Dualsense though. No thanks

This is very good to hear, but can anyone tell me some good use cases for this kind of controller? Maybe I lack imagination but I can only think of competitive FPS guys, and maybe a racing fan who really can't do a wheel + pedal setup..

Of the regular dual sense came out with better battery life I'd get that over this in a heartbeat.

Absolutely picking this one up!
Rave reviews too!

MLB The Show 23 Pre-Order Rewards for All Versions / Editions