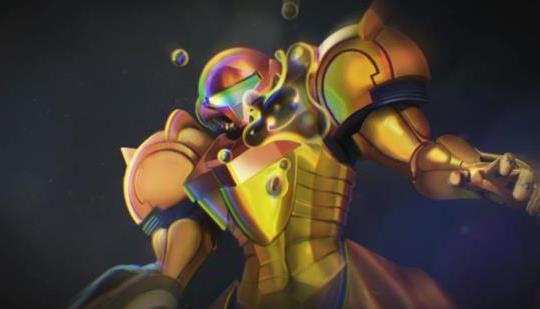 Metroid Prime 4 has been in development for a long time, and at this point it might as well target the next generation of Nintendo consoles.

would make for a great launch title

So would Zelda: TotK but we instead get to play it on ancient Switch hardware.

Well Nintendo has regularly done this, although mostly with Zelda. They announce their next big adventure on the current console and ends up being on both the old console and the new one around launch at the same time.

yeah I mean no other company releases their 1st party titles on multiple hardware.. nope, only Nintendo.

does nintendo even do iterations now? seems like their last few consoles are all completely different and each one is looking for some kind of trick or gimmick. like will their next "console" be and actual console and then maybe they release another portable like they have done in the past or will they stick with this portable format from here on out? i dunno the answer - could go either way i guess. History says they'll try something new and different again, but the Switch has been successful. the bummer about portables though is the sacrificing of processing power to make the battery decent while keeping the price reasonable. i pretty much flat out forgot about my swtich completely after my ps5 and series x came home.

That would be a bummer, at least from the standpoint of the value I've gotten from my Switch. They really should never have teased this game. It's been 6 years since initial development began, and 4 years since being rebooted. Still haven't heard a peep.

It was one of the reasons I bought the Switch, so it would be a shame if it was Switch 2 only. Nintendo went hard at the Switch launch, then went back to mainly making just...regular ol' Nintendo games. Which is great for those that are into that kinda thing, but I had such high hopes for where Nintendo was going. A lot of the last bits of value for me are in a handful of games now, MP4 being one of 'em.

Can't see myself buying a Switch 2, and certainly not until it had been out long enough for me to see what games *actually* launched, as well as if they cut down on the number of simpler 2D titles they charge $60 for. I'm glad Nintendo clearly serves their core audience in ways that make them happy, but it is clear these days that I'm no longer among them. Please, put MP4 on the Switch, even if just cross-gen lol.

A metroid prime 4 launch title for the new switch would absolutely be a sales beast.

@jznrpg. If they are smart they wouldn't let it be cross Gen. I can't see Nintendo cannibalizing their profits on a system seller by making it cross Gen. I'd be really surprised if they did.

Re: being surprised if they made it cross gen....

I mean....Breath of the Wild. That launched on Wii U & Switch, and the Wii U was struggling mightily. It would honestly be surprising to me if, after 6 years of overall development on the Switch, they abandoned that development effort, the 100+ million user install base, and effectively flipped the middle finger to people like me who (at least in part) bought this system for MP4.

@Ian. The switch is over five years old. There comes a point when you want people to buy your new console. If you devote millions of dollars on new tech your going to want it to sell otherwise what's the point? If they made MP4 crossgen it will give people zero reason to buy your new console. Yes switch has millions in user base but it's far more lucrative to have them move over to your more expensive new console that has more expensive new games especially from a shareholders perspective. You can however still release regular games on the old console to appease its current user base and release your triple A titles on the new console to get them slowly wanting to move forward. Which should be easy considering you can move all your digital games to the new console. At the end of the day technology must always move forward and people should want to move with it. Otherwise what's the point of even being in the industry? Imagine if we still had ps2 consoles today because of the huge user base it had it would suck. Letting go of the old to embrace the new is never easy but it's always worth it.

I obviously agree that you need games you can only play on a new-gen console in order to help spur people to buy it, but I still contend that:

a) BotW. Switch came out 5 years after the Wii U. This is such a similar situation, in a game that kept getting delayed but was initially made with the old hardware target in mind and launched cross-gen.

b) Even companies like Sony are launching games like GoW Ragnarok cross-gen, and the PS5 is doing well. It had its R&C or Demon's Souls, but many games were cross gen, especially those started with the older console in mind.

c) At this point, being able to play a game at higher than 30fps at 900p would be a big enough reason for people to want to upgrade. I'm looking forward to LoZ:TotK, but would much prefer to play it at a higher framerate at the very least. Getting that to 1440p60 would be a strong motivator for many early adopters.

That point about the PS2 really doesn't land for me. I'm not sure what you're going for. I don't see how Nintendo launching MP4 as cross-gen is somehow comparable to keeping the PS2 alive for 23 years. Obviously after you launch a new product, you slowly phase out the old product. It's a good way to keep sales high while the new console has a lower install base, while keeping fans happy that can't immediately upgrade. It is a play we see time and time again.

I just can't imagine we'll see Nintendo, after 6 years of development for MP4 targeted at Switch, completely drop it in favor of Switch 2. ESPECIALLY when it was a title shown off at *launch*.

@Ian. Hmmm..yes some good points there. Well I guess we will see soon enough what Nintendo does. Will be interesting to see from a business stand point the reason for any decision they make with MP4.

I told myself I'll get a switch when Metriod Prime 4 came out ... you know because it was announced back in 2017 . I definitely won't be getting one now even if it came out tomorrow especially since the switch has never gotten a price cut since it released .

Ranking the Metroid Games from Worst to Best