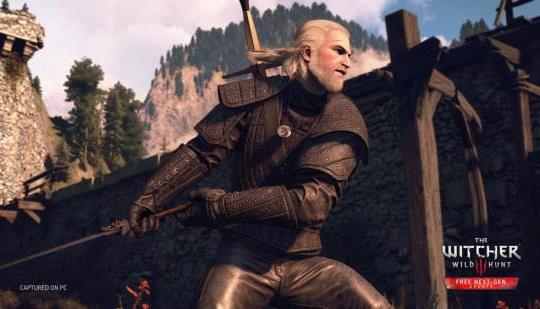 From Eurogamer: "Last week, I travelled to CD Projekt Red to play the long-awaited next-gen update for The Witcher 3: Wild Hunt, which will be released 14th December - AKA next week. I spent a few hours with the update, playing with the new graphical options, the quality of life improvements, and the quest tied to unlocking gear from the The Witcher Netflix show. And I talked to acting narrative director Philip Webber about it, too.

I've written more flowerily about what it's like to go back to the game with all these bells and whistles on, but here, in what I think is a more easily digestible form, is everything I learned about it.

There are some hidden surprises in the next-gen update that won't be detailed in the patch notes, including some new animations for Geralt and, more importantly, his horse Roach. "So we hid lots of new secrets and lots of new little details that we want people to find," said Weber. Geralt now snatches herbs from plants, for example."

Adhttps://store.steampowered.com/app/1488200/Symphony_of_War_The_Nephilim_Saga/?utm_source=n4g&utm_medium=native&utm_campaign=sow_n4g_native&utm_content=png
- Comments (0)+ Comments (0)
TopNewestOldest
The story is too old to be commented.
150°16