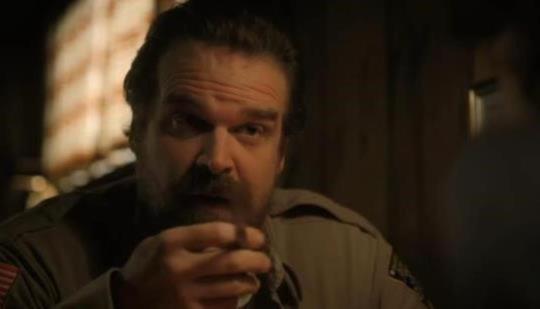 From VGFN: "David Harbour likes video games. In fact, the Stranger Things actor – rugged as a cliff face and friendlier than someone who wants a favor – used to like them a bit too much, but he’s been weaning himself off them over the years.

In his prime, Harbour used to be in a World of Warcraft raiding guild, spending his nights smashing through Blackwing Lair and Molten Core, and “ruining all sorts of relationships as a result”.

His obsession was so much that, in 2008, he was working on a movie called Revolutionary Road alongside Leonardo DiCaprio and Kate Winslet, and he would sprint back home during lunch to take control of his night elf warrior for a BRD run. If you don’t understand what any of those words mean, don’t worry – that just highlights how deep he’d fallen."

Adhttps://store.steampowered.com/app/1488200/Symphony_of_War_The_Nephilim_Saga/?utm_source=n4g&utm_medium=native&utm_campaign=sow_n4g_native&utm_content=png
- Comments (11)+ Comments (11)
TopNewestOldest
Expand all
The story is too old to be commented.
63d ago