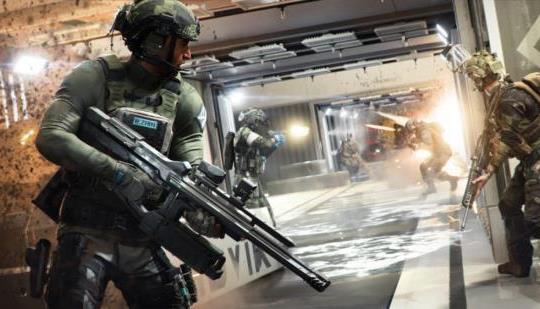 In exclusive interviews, Battlefield 2042 producers tell PC Gamer that the game is finally where they wanted it to be at launch.

You would have to
-re-design maps entirely so they're not so empty and static.
-get rid of operatives and go back to distinct classes so teamwork actually matter again
-tune unlocks for quality over quantity, 90% of what you unlock is all the same crap and there's so much of it.

And at that point you might as well just make a new game.

I played again 2 days ago.

It's a weird game.

Yeah the game is flawed at its core. They can make it a bit more fun or enjoyable, but not enough to bring in new players.

At this point you'd have to hand it off to a new studio because the crime has already been committed can't unsee that pile of shit they call a game.

They're doing the first.

They've brought back the class system, but also kept the operators on top of it. It's a bit weird, but it gives people both worlds. I'd prefer JUST the classes, but what can I do.

Lastly they've been doing the last part, but it's taking too long.

Yeah but did you see they did nothing for balance on each operator right now mckay has all his original broken mechanics like the grapple hook to go inside walls/ceilings then they tossed him body armor to go with the health pack.

The wingsuit crap is also still broken just fly around 0 drawbacks take out anything you want.

There is also only one medic in the game 100%hp revive the new black operator and angel can revive but only 25-50% of hp.

Anybody here going to mention the fact that the destruction is absolutely terrible and clearly wasn't on their mind when they were in development. I'm willing to bet everyone that worked on the other battlefield games are gone by now

If you go to blindboy youtube pages the new map has buildings were the siding can fall off via missiles/tank shells. To those users the destruction is "amazing".

Yup, that's why i said "empty and static" the maps have little to no destruction, so that everchanging landscape is not s thing anymore, the game is a joke

It's why I originally never picked it up. That was BF to me. Massive destruction to change the battlefield. With todays tech that stuff should be amazing and in 2042 it was terrible.

Whenever I play 2042 I decide to play again Battlefied V and I stick with the latest.
Audio Design, Maps, Destruction and team work are too good on BFV, when i go back to 2042 I feel like i am paying a different game.

-they did/ are
-classes are coming in the next patch, operatives are in each class
-legacy weapons like the M16 are back, new unlock weapon the Rorshach is a nice gamebalancing weapon. There is a new light tank

I am not saying the game is on par with BF1 or BFV, but there are improvements and more on the way.

they need to go back to what made Battlefield 3 and 4 amazing at the end of their lifespans.

otherwise, this is just a waste of time and money for everyone involved.

Wouldn't play it for free. Time is limited and rather use it playing worth while games

What we need is nuclear silos to power our battleship, destroy the enemy shields and board their ship and destroy it.

CorndogBurglar54d ago (Edited 54d ago )

So, it's a very sad day when Call of Duty is doing Battlefield better than Battlefield.

Modern Warfare 2's Ground War mode is the Battlefiled everyone has been asking for.

I just don't understand what's so hard. Take Bad Company 2, BF3, and BF4 and use them as templates. Update the graphics. Make new maps. New vehicles and weapons. Throw in some new match types (Modern Warfare's DMZ mode would be a nice start!) and bring back classes. Oh, and stop dumbing down the combat.

This is all anyone wants. Why is this so hard?

Begging is sad. Just make a good a good.

I tried one match, and turned it off when I got it last year for Christmas. It’s a dog on shame

The problem here is that it never should have
gotten to this point from the start. I have been noticing a trend lately. Many devs and publishers recently have been releasing buggy, broken games that are not good at all even at its core but they always make the promises...

"We will fix it" and "we didn't hit player expectations and working to bring a game that players come to expect".

Why does this keep happening? I understand games are harder to make nowadays but this is ridiculous. It shouldn't even have to be like this.

They just can't admit that it wasn't just bugs that were the issue. It's their fundamental design and vision that is trash. Their egos refuse to let them see this. This team shouldn't be allowed near another BF game, ever.

Agree 0Disagree 0
▼✖-+
SPAMInappropriate
Show all comments (24)
The story is too old to be commented.
60°