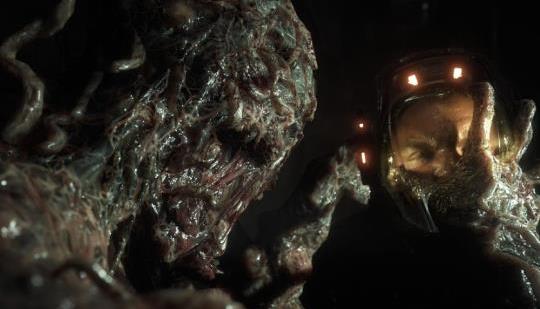 The Callisto Protocol PC Experience Is an Unacceptable Stutterfest

Glad I’ve decided to wait two weeks before buying any game I think I may want these days.

Ever since Windows 11, Im consistently seeing articles on stutter due to direct x shader compilation and other things. Weren’t PC gamers always bragging about having the best experience?

Nothing to do with Win11, its the same on Win10. There is a simple command line edit that helps things out. But its a common UE issue when games dont compile shaders.

It seems to have more to do with DiretX 12 and it's lower level requirements. While one can assume that developers will get better at handling and hiding shader computation under DX 12., The only real sure way to avoid stutter would be for games to require pre compilation before starting the game.

@Eonjay you are spot on. Not sure why people attack UE for this, but there was an API change in Direct X that delegated optimizations in this area to the API consumers. It used to do the optimizations internally.

The point is you shouldn't have to do a simple command line edit, that's the Devs job.
I imagine all PC elitists know how to do that but what about other PC players who might be new to gaming ? Wait for fixes ?
One thing I always found when I PC gamed years ago was you were constantly in forums trying to find fixes for things.
So glad I went console in the end, so much easier to just be buy a game and play.

It's been a huge problem with ue4 optimisation.

I think we both know every platform has issues at some point, especially as devs have to stretch themselves out over multiple versions. Hell, even this exact game has performance struggles & missing features on the Series X, so it isn't like consoles are an automatic salve. Like console issues, a lot of problems come down to devs/optimization.

Some games never get improved, and on console that's generally the end of that. On PC, mods will normally come out to improve something in the event devs abandon it. If it's an optimization issue, worst case it can generally be overcome by throwing gobs of money at high-end hardware or waiting for another GPU gen or two (see: Gotham Knights).

There are other times the locked hardware targets of consoles can be beneficial, and you'll generally have less issues overall that you may have to troubleshoot compared to PC (rare as they may be these days). But PC has other advantages, like choosing your resolution, frame-rate, graphics options, input method, access to mods, practically 100% backwards compatibility stretching back to the dawn of PC gaming...

It's kind of sad so many in the gaming community feel the need to throw out these kinds of preemptive jabs at one another. I understand these kinds of comments when made in response to a massive fanboy or PCMR jackass who puts other platforms down all the time, but unprovoked it seems a bit petty.

I've been reading these types of articles when certain AAA games are released on PC. I thought PC was the best experience to play AAA video games.

Did you just take the comment above yours and word it slightly differently?

Because it's free to make a Steam account on any old potato so that teens in Siberia can play TF2?
Because PS+ subs reached record highs during covid lockdowns and now that those lockdowns have ended those numbers are naturally declining? Or will we be denying reality today?

Compared to standards on consoles, it absolutely is. Though personally I don't know many myself included that actually like gameplay that bother with AAA these days. Between corporate shenanigans, cutscene heavy movie-wannabe-nish and casual appeal they just aren't as fun as they use to be. Tend to stick with AA and Indies these days, at least they'll actually think outside the box and take risks.

There's too much jank on PC comparing the price of entry. Don't kid yourself.

@anast Your trolling is absolutely weak. I take solace that you deprive yourself of anything good and subsist on casual garbage. Brb gonna go play something fun and challenging that you can't, for free. https://youtu.be/7UytG_91f4...

@thecodingart
Highly doubt that. You already blew your cover with your first ignorant comment. Has nothing to do with the OS.

"Though personally I don't know many myself included that actually like gameplay that bother with AAA these days."

Of course, if you like a AAA title that means you don't actually like gameplay. The gymnastics that must be performed are impressive.

@generic-user-name Yes. If all you consume is AAA then by the modern hyper-generic standards, you must dislike gameplay and potentially hate yourself enough to slog through such a such a shallow experience over and over and over again. Didn't use to be this way, but that's what you get with investor millions on the line. No room for innovation or risk, just mass appeal and corporate/player disconnect at the cost of just about everything that traditionally makes a game, a game.

thecodingart54d ago (Edited 54d ago )

It was actually quite a joke/troll comment above (fanboys are serious comical 👀). I have a 3090 Ti rig with an i9 and Asus ProArt motherboard. My gaming PC is happily sitting in my server rack. I also highly disagree with every note in your comment and calling me ignorant is quite hypocritical dont you think? Actually, it does have to do with the OS and nothing to do with UE. It tied into a few deprecated API for direct X, but hey… I hear you’re a dev too right ‽ UE does need to add optimizations that used to exist within Direct X itself. But the toot cause, again, isn’t UE… it’s changes to Direct X.

But seriously, it’s a >$3k rig and I absolutely find myself reaching for my ps5 99.9% of the time usually because of controller driver situations, performance or other things. I will be buying Need for speed unbound on the PC though (when onsale). Willing to bet I’ll be buying the dead space remake on ps5 …

You can do what you will this advice, but don't forget to thank me when it pays off for you.

@anast Try being way less transparent next time, also getting an actual clue for once wouldn't hurt.

It's not. It's the most finicky experience and janky, unless you have a top tier PC and even then it's no guarantee. If you don't have the money for a high end PC, you are better off just buying a console.

How much do you pay just to play online over a generation?

I got a Samsung Galaxy Book Flex2 Alpha but only use it for eroge. I use my Switch OLED for everything else.

It is.
Some devs just suck at their job.

I used to game on PC and consoles for many many years but now I just stick with PS and Nintendo . It’s my personal preference and it has nothing to do with money.
Just got tired of building new ones upgrading , drivers etc . I really hate Windows and it’s the only option for gaming really so I left it behind .
Also a lot of games I want to play aren’t on PC , there is less games on PC only that I want to play then back when I played on it .

That’s just me though . Plenty of reasons to go either route but I like my PS5 Switch combo .

Fear not, there is an update on his way for the PC version.

A shame because I'm really looking forward to playing this game, but as one commenter above said, I always wait to buy new games for exactly this reason. God of War Ragnarok is pretty much the only game recently I dived in at launch.

The Callisto Protocol Review – Are We Scared Yet? | FingerAction

Should Launch Buyers Of The Callisto Protocol Get Free DLC

The Callisto Protocol Was Never Going To Sell 5 Million Copies

Amazon Slashes Up To 80% Off On Select Games

Season: A Letter to the Future Review – GameSpew