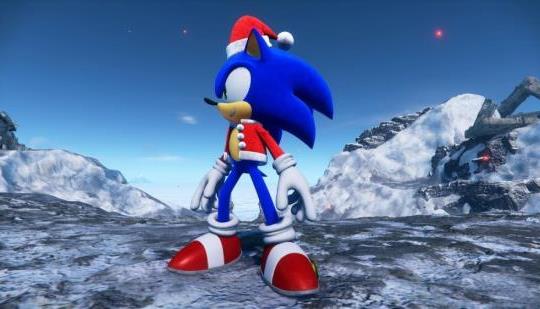 Sonic Frontiers will be receiving a few free updates in 2023, SEGA has revealed.

Unfortunately the fans are already excited ... even though the base game is a boring uninspired mess.

Promising other playable characters is an easy win for them as they know fans want it sooo badly. I personally can't think of anything worse than running round as Knuckles in a bland open world, with zero real momentum, doing boring little puzzles while platforms pop in under my nose.

Pokemon games and their fans have been bad for years, but at least some of them turned on S&V.

I really thought after Forces that Sonic fans were going to start to demand more, but no... they were soooo hungry, sooo desperate for a win that they had already decided that Frontiers was their savior before long before it came out.

Initially though they couldn't hide their disapointement, the first gameplay shown was full of red flags... all the "sonic tubers" were visably disapointed, but despite next seeing more reused level themes, more reused level layouts, the most univentive non sonic puzzles, a huge emtpy void of a dead, bland open world, automation everywhere instead of any real momentum or physics, objects popping in, and all the staples of crappy 3D sonic camera issues that have plagued the series since the dreamcast .. they slowly just decided this was going to be good and there was nothing anyone could say to change it.

I'm still shocked the game reviewed anywhere near how it did, it definitely doesn't deserve a mid 70 metascore and I'm disapointed the fans have settled for mediocrity and are trying to praise it as if it's a genuine GOTY contender. I've legit seen sonic fans saying it should be in all the GOTY nominations, and that GOWR Elden Ring and Horizon Forbidden West are "overated."

I think global Playtest comment was in reference to the new style of game going forward if it's recived positively that will become the template ongoing. If not they would go back to corridor based gameplay

Sonic Frontiers' DLC Roadmap Is Incredible For the Game's Longevity