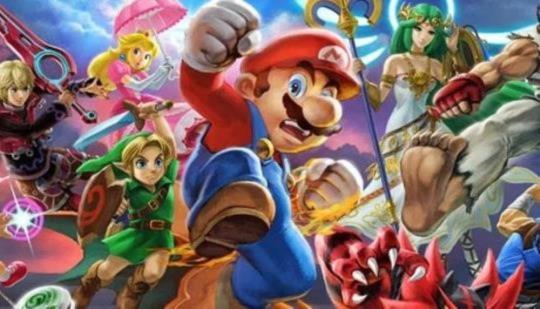 From Nintendo Life: "The unofficial Super Smash Bros. series 'Smash World Tour' has announced the cancellation of "both the upcoming Smash World Tour Championships" as well as the 2023 tour. This event is best-known for having the "largest prize pool in Smash history at over $250,000" and was planned to have a prize pool of "over $350,000" next year.

After seemingly positive talks with Nintendo, Smash World Tour allegedly received notice from the video game company that it could "no longer operate" future events without an official license. The event organiser goes on to claim it will lose "hundreds and thousands of dollar's due to Nintendo's actions" but is "open to continuing the conversation".

Adhttps://store.steampowered.com/app/1488200/Symphony_of_War_The_Nephilim_Saga/?utm_source=n4g&utm_medium=native&utm_campaign=sow_n4g_native&utm_content=png
- Comments (11)+ Comments (11)
TopNewestOldest
Expand all
The story is too old to be commented.
69d ago

well, this is Nintendo.

that's just how Nintendo rolls. it's been like that for many years now, these people should have known better. Nintendo is anti-consumer AF!

Nintendo is always very late to the party on everything. Give them another decade and they'll suddenly see there's money in the tournament scene. Then they'll half ass it spectacularly, like how they did with multiplayer, YouTube, and their mobile games.

What a sh move from Nintendo. This needs more exposure.

Once again people here jump to blaming Nintendo without fully figuring out what happened:

"And of course this article completely ignores how apparently the CEO of Panda Global was essentially operating an extortion racket where he basically told TOs they would be shut down if not officially licensed in order to scare them into signing onto the cups." Explain to me how this is Nintendo's fault.

When you have someone F-ing around behind the scenes and it causes a load of problems, no company is going to want to be near that.

Sony or Microsoft would have done exactly the same thing in this situation, and you're delusional if you think otherwise.

It Was Not 2B: NieR Automata director disappointed character didn't make it into Super Smash Bros.