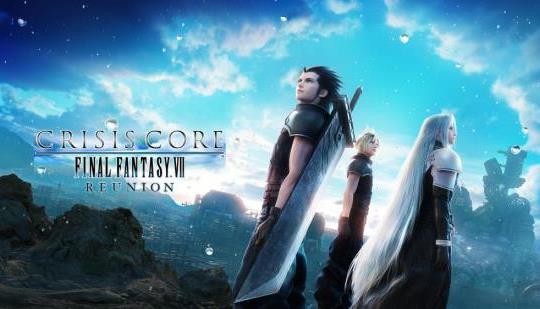 Crisis Core: Final Fantasy VII Reunion file size has been revealed for the PS4 and PS5 in addition to the pre-load date of the game.

The power of an SSD / reduced asset duplication.

This exactly and add to that better compression. The space you save is a huge QOL upgrade.

Yeah, comparing (on average) next gen sizes vs last gen, the SSDs are essentially getting us 2 next-gen installs for every last-gen install. Despite some of those next-gen games having larger textures etc.

The one I'm really interested to see is the first fully next-gen GTA, what kind of size will that be?

Wait, how is this "shocking"? Isn't just about every game smaller on PS5?? Isn't that the whole point of the Kraken compression tech?

It has almost nothing to do with kraken. The compression can also be used on PS4 and should still be faster than others (even on CPUs). It is the duplication of data over many packages and that some lower res assets are just no longer needed. This is what really reduced the data footprint.
But I wouldn't make to much of those numbers as they are only preload-numbers. Might significantly change when the game finally releases.

Can it? Why doesn't it? I can't find anything about using Kraken on PS4 games.

@dumahim
yes it can. Kraken is just a compression format like any other else that can be decompressed by the cpu. It is even more effective on the cpu than the other formats usally used on the cpu. Sony bought licenses for the developers so they can use it for any playstation console for free. So they can use it on PS4, too. No it won't make major differences, just tiny. Before the data was already compressed and kraken is just a bit more effective.
The real deal for the current gen is that the ssd allows that no longer big packages must be loaded with loads of duplicates and stuff that is no longer needed (to be loaded at that time).

A file size on an SSD being smaller than on an HDD?

Say it ain’t so. How shocking indeed

Edit: This article conspicuously leaves out the file size for the Xbox One version

why is Is Shockingly ?, PS5 kraken tech already proven its awesome compression capabilities.

Great news. Not all developers use Kraken. Recently I installed The Sinking City and the file size is bigger than the PS4 version's.

The Sinking City was abandoned by its developer due to legal battle with the publisher, Nacon. The PS5 version is PS4's with minimal enhancements.

They did make an exclusive DLC and some nice Dual Sense support, though.

I'm not aware of any PS exclusive content. There are 3 DLCs released for PS5 and Xbox Series X/S, both published by Frogwares themselves.

Due to the ongoing legal battle, and the developer not being paid for reaching several development milestones, they most likely decided against using Oodle Texture + Kraken ('PS5 compression tech') since it requires a well optimised loading pipeline (which is not worth the effort in a cross-platform game).

Not PS exclusive, but Frogwares exclusive ; they released it only for the PS5 and Xbox Series versions that they published themselves.

I'll google what Oodle texture is :-)

I remember though that Subnautica (cross platform project iirc) made good use of Kraken tech.

not really lol who are these people?

iean, we know about the file compression tech in the ps5, why is this "shocking"?

also, i cant even buy the darn game on amazon, says its not available haha.
damn shame.

CantThinkOfAUsername69d ago (Edited 69d ago )

Xbox Series X at 23GB isn't far off. Anyway, it's great to see game sizes getting smaller across different platforms. Only PC gets left behind :/