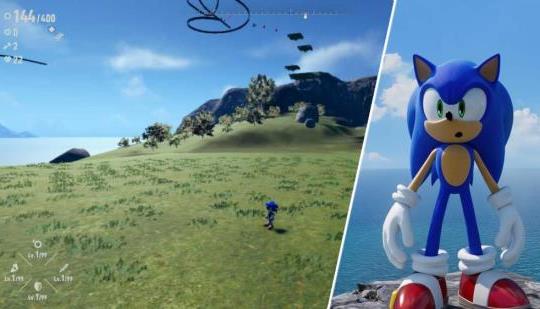 An uneven game in its best form, on Switch Sonic Frontiers is a mess of pixels and is plain ugly.

The game suffers severely because it's on the switch. The game should have been made for pc, ps4, Xbox one and next gen consoles only.

Or maybe even just PS5 and the new Xbox and PC, but of course they want to make as much profit as possible so it goes on everything.

I say this as someone who had played around 6 hours on ps5.

The game still isn't perfect and had a significant amount of pop in which can be distracting however it's fun enough to overlook it.

These issues mostly stem from engine issues and memory leaks from what I understand.

Eliminating the switch would not help fix these problems. That being said the switch version should have been delayed again and recived done more polish

All versions should've been better yea, the game had to be rushed out though so I guess the devs had no choice, who knows how long they'll spend doing patches though, wonder if much will change.

Just another example of Nintendo bringing down a game because of it's crappy hardware.

WHy is that unfortunate?

The thing is Sonic always sold the most in Nintendo console no way Sega would leave money in the table. that's why they keep porting every Sonic game despite underpowered hardware Sonic just not that popular in PS and Xbox.

My friend got it for switch and I played it and was honestly shocked how well it ran considering it’s on the other consoles. Totally recommend for switch. I played it in handheld mode btw.

Did you just play the cyber stages ? They run fine it's the open world where things fall apart

People have extremely low standards if they totally recommend this game on any platform, let alone the awful Switch version.

This might shock you but some people play games, not pixels.

This might shock you, but some people have standards for what they spend money on.

Sure the Switch version is by far the worst, but the game is poor on any platform. Sonic fans are just so starved they will try and find something good in anything at this point.

The engine is piss poor, the graphics are ugly and textures are horrible and stuff constantly pops in right under your nose. The gameplay just in general leaves so much to be desired. Such a lack of understanding of what actually makes sonic games sonic games, a pure lack of focus on physics and momentum, as usual acomplete over reliance on "hold forward" automation and lack of any real organic gameplay.

Add in reused levels for cyberspace, ugly copy and paste rails just floating in the sky, and I'm literally shocked some of the fans are accepting of this poor game.

I take it you played through the game, to have such a problem with it? It is at 76% on Metecritic! I will pick it up on sale.

I played through the end of island two (I got 100% on the first two) and that was more than enough for me to feel completely bored with it.

Feel free to grab it and make up your own mind of course, but I'd recommend plenty of other games that came out this year over it, Elden Ring, GOWR, HFW, Stray, Xenoblade, Bayonetta 2, A Plague Tale etc etc

I pity anyone who still has a Switch including myself.

I pity anyone playing Sonic Frontiers and New Pokemon nomatter where

I simply refuse to play on a switch. I tried BotW and it was terrible. It was like playing a PowerPoint slide show.

If you compare the switch to other consoles in terms of power, it nets out around the Xbox 360 which launched 17 years ago and doesn’t have any of the functionality that the new consoles have at a system level. It was underpowered the day it was released.

I beat the game on Switch, it was fine. Not great, but fine. Graphics isn't the game's main flaws, its the terrible Cyberspace levels, and incomplete lore as well as an ending that felt rushed.

can u image how dev feel like to downgrade their games for the switch all the time?

nintendo needs to step it up in the 3rd party support

I pity anyone playing it at all.

Sonic Frontiers' DLC Roadmap Is Incredible For the Game's Longevity