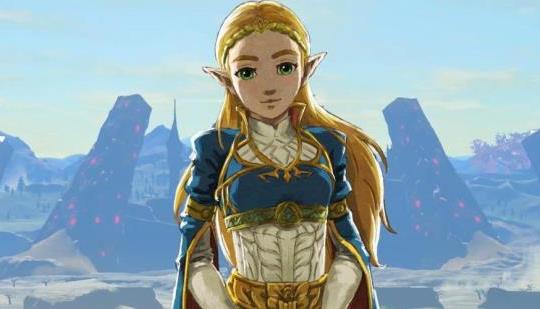 Tears of the Kingdom may feature one of the biggest changes to Zelda canon to date, as following BOTW, Zelda can no longer be considered a princess.

Switch The Legend of Zelda: Tears of the Kingdom screenrant.com
Read Full Story >>

It's possible. She'll be non binary

LOL, I see you've been keeping up with modern times.

SenorFartCushion64d ago (Edited 64d ago )

^^^
And the virgins are out to hate on innocent people they don’t know!

Re-read your comment and drink in the hypocrisy. Once you've done that, work on your sense of humour.

Don't do that. It's enough of a hot button issue for no good reason.

I wouldn't really count Sheik. I don't think she was intentionally cross dressing, she dressed as a traditional Sheika warrior and covered her face to conceal her identity. But yeah that comment is either bait, or he forgot a couple words.

If I recall correctly, Sheik is actually male in the Japanese version of ocarina of time. It was left a bit more ambiguous and androgynous for a western audience.

Ah I didn't know. Personally I always liked believing that they had given her enchanted clothing. The Japanese do like their gender bending magical characters.

That was already done somewhat with Sheik, though. But people weren't so sensiitive about these things back then, things just were. Oh, I miss those times. Now America is obsessed with race and gender.

Yup exactly. They use race and gender to stir up emotion.

The breath of Zeldan?
I'm totally expecting Link to die in first half hour and the game becaming bold and brave masterpiece.

Link gets done on with a golf club confirmed!

She’s also not a princess in skyward sword

SenorFartCushion64d ago (Edited 64d ago )

She was never much of a princess in the first one. I hope the magazines don’t make it out as though this is feminist emancipation, because it sounds like more of a class thing. Zelda being a Princess had nothing to do with whether they were a damsel or not. Link was described as willing to save anyone regardless of status. I’m on par with Emily Blunt at the minute, where she has been saying how bored she is of the badass female stereotype. I have always loved the idea of fleshingnout certain characters to make them physically stronger, but not everyone. And the one’s that do don’t have to do the Disney thing I.e kicking their boyfriend and insulting them as a show of strength. That’s not strength, it’s binary.

Idk why. Plenty to talk about with meaning especially with Game of the Year approaching, a bunch of games dropping, and he’ll a new Mario movie trailer dropped today.

Her being a princess was never the purpose of the character. She's a god in human form, but also she's been "not a princess" in many games so wtf you talking bout Willis?

not sure why it matters.
she wasnt a princess in many games already. not sure why that matters all of a sudden.

She should be a queen at this point since her parents are dead.

The Tears of the Kingdom OLED Switch isn't real - and here's why?

CGM’s Most Anticipated Games of 2023