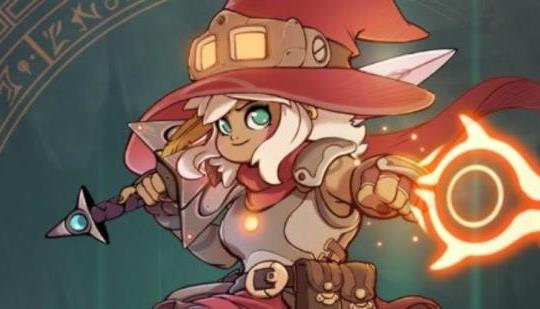 VGChartz's Evan Norris: "The Knight Witch, like so many modern games, embraces the mashup. By combining bullet hell shoot-'em-up gameplay, Metroidvania-style exploration, and tactical deck building, developer Super Awesome Hyper Dimensional Mega Team has crafted something original and unique. There's nothing on the eShop quite like it, in fact. Due to a few issues with its component parts, including difficulty spikes and laborious backtracking, the game never quite rises to greatness. Still, there's a lot to admire here, including superior moment-to-moment gameplay, amazing art, and a nuanced story rich in metaphor."

Adhttps://store.steampowered.com/app/1488200/Symphony_of_War_The_Nephilim_Saga/?utm_source=n4g&utm_medium=native&utm_campaign=sow_n4g_native&utm_content=png
- Comments (0)+ Comments (0)
TopNewestOldest
The story is too old to be commented.
40°
84/100

The Knight Witch Review | The Gamebutler