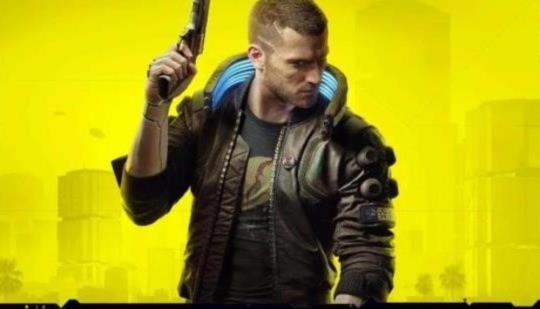 During the CD Projekt Group earnings presentation, the developer shared its plans for the previously-announced sequel of Cyberpunk 2077.

So it comes out by the end of this generation and will be a disaster because it will be too much for today consoles, basically Cyberpunk 2077 Part II 🤡🤣.

Noooo, it should come out 2024 and then CDPR can finish it by 2028. Keep up with traditions

When it is ready. If they learned a lesson we just wait and see!

It’s on unreal 5 so if current consoles can’t handle that then I guess R.I.P. to everything currently in the pipeline

I'm Getting 2013 original Cyber Punk announcement vibes. Expect it to release in 10 years.

For me personally they bought me back. I was always excited for CP I just wasn't gonna play it in its broken state.

The thing a lot of people don't talk about is that they were legitimately obligated to get the game out by a certain time.
They were given millions by the government to subsidize the development of the game. If they didn't meet certain windows, they owed the money back.

People forget this is still an indie studio that now self-publishes their own games. They work off the revenue of past projects.

TBH they should've abandoned efforts to make it work on last-gen hardware too. That was a losing battle. But no doubt the bean counters wouldn't allow that.

Not for me.
They've made 3 other amazing games. 2 expansion packs that are larger, and higher quality, than most other retail RPGs. They add free content and updates for games years after they release.
Have the most consumer friendly PC storefront.

They're allowed at least one major mess up without damning them. At least for me.

Aside from Witcher 3 what are the other two games? Witcher 2 was just good, WItcher 1 was a mixed bag with potential.

The rest is just PR stunts people looked thru many times before.

You realize every Witcher game won awards, yes? I'll admit the first was janky, but there was a lot of great elements to it. It was a real RPG, and the sales allowed for a sequel.

At least they took responsibility for it and fixed their mess.

Then why didn't they allow reviews of the the PS4/XBOX1 review until after release?

So I'm guessing a release date sometime in 2043?

Woah, being a bit optimistic aren't we.

I’m hoping with next-Gen (really current-gen, but whatevs) we can see more of the vision they had with the first.

Look, cyberpunk is personally my favorite genre, and I feel like CDPR has an amazing IP for it. Just don’t bullsh*t us again with fake videos and be sincere.

Last-gen aside, Cyberpunk has a pretty solid skeleton. Is personally enjoyed even though I was disappointed that we got watch dogged by it. I never ran into any game breaking glitches though. Lord, knows I ran into a butt-load of graphical glitches.

I feel like if they really push these consoles past the redline, we could have a pretty amazing experience and get to see Cyberpunk like we should’ve in the first place.

“Just don’t bullsh*t us again with fake videos and be sincere.”

I agree with you on that. Not just this though, but I think the better option for the studio, when they do reveal it to ANYONE who’s not within the studio themselves is have it be a “World reveal” of some kind, not that stupid “Behind doors” nonsense that they did with 2077 and Avengers, we know how both games have turned out in the end! I’d also say along with that, that would benefit them, because we (the public) won’t have stupid hype taglines and quotes from game journalists saying such ignorant and foolish things again like they did after seeing 2077 behind closed doors, with the “This is the most break-taking open world ever seen in a game” “This is open world done right” “The scale of CyberPunk 2077 is simply unmatched” “The graphics of cyberpunk 2077 are unrivaled” “CDProjekt Red has crafted something truly game changing”
Several of those things just led to an unrealistic level of hype and anticipation, that is (the public) who were waiting to see gameplay didn’t know how to feel about it or we were either ecstatic of these claims or starting to question if this really could be, as many made it seem, the second coming for video games.

And than that day happened, that reveal video, of what journalists saw, and MY GOODNESS, I was really just like “What is this???” Disappointed. Didn’t see anything mind blowing or even that impressive. Looked nice, and I liked certain bits, but it did look generic in gameplay etc.

I haven’t put tons of time in it on PS5 since it’s release, but I have heard a fair amount of people say they’ve enjoyed it more on the newer consoles, which is good. But nonetheless, still a shame, the overall experience, the underdelivering and over promising done by the studio.

Yeah, they could offer gamers an amazing experience by the end of these consoles lifespan (whenever that might be) assuming they’ll still use Unreal Engine 5, like they’re using for the new Witcher, but time will tell.

I personally don’t trust them after the disaster of CyberPunk 2077, the shady and manipulative tactics they did when reviews went out etc. May they redeem themselves, hopefully learning from their lying and disgusting ways, to create a sequel that’s worthy to be acknowledged as something amazing, loved, and appreciated and respected by gamers.

Only time will tell.

I definitely have more hope for the sequel.
•They're using Unreal Engine 5
•Current gen consoles only
•Probably going to work extra hard because they definitely don't want a repeat of Cyberpunk 2077

Why even announce this so early

Did they not learn ?

, but will feature even more mainstream and cringe-casual references to things cyberpunk (Cue even more overuse of anime, sex robots/synths and cowboy references).

Love CP2077, and looking forward to the sequel. CDPR has shown through the Anime that they certainly still can tell a great story.

I will not be preordering this. Lesson learnt.

End of cycle release with "updates" for PS6

Just hoping they learned from their mistakes. I give any quality developer one blunder.

Please make The Witcher game next and forget about Cyber garbage.

Hopefully they finish this one

It will be for the next-gen.

I hope they right the wrongs of the last one. It had potential, and the story line was decent, the side missions were cool. The world just felt empty sometimes lifeless, if it wasn’t for the story and Reeves’s spontaneous character build I would have really be disappointed.

Agree 0Disagree 0
▼✖-+
SPAMInappropriate
Show all comments (36)
The story is too old to be commented.
30°Fresh